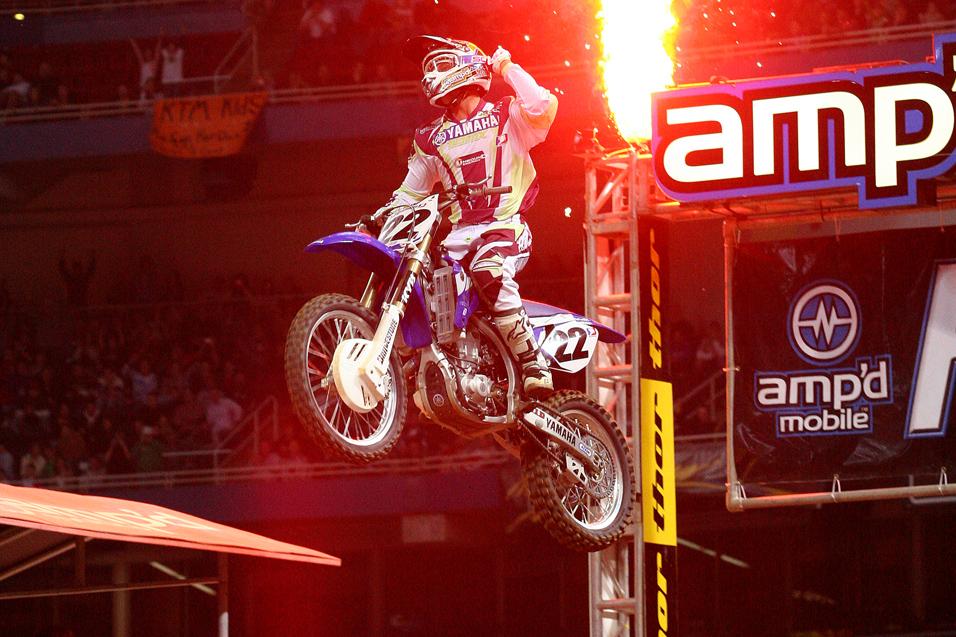 March 1, 2012 11:30am
by: Jason Weigandt
Edward Jones Dome St. Louis, MO St. Louis Monster Energy AMA Supercross Championship
There’s something about St. Louis! Monster Energy Supercross almost always gets crazy in the Show Me state, from Ryan Villopoto crashing out of the 2010 chase with a broken leg, to Jeff Emig ending Jeremy McGrath’s perfect season there in 1996. And somewhere in between lies perhaps the wildest St. Louis race of all—one of the wildest supercross races ever.

The year was 2006. Ricky Carmichael and James Stewart had raised the supercross speed limit to new levels, pulling a gap on Chad Reed in the races and the points. But St. Louis handed Carmichael one of the worst nights of his career. It started with a huge crash in the whoops during his heat race (check out this YouTube clip here. Ouch!) Then, RC crashed in the first turn of the main event (a rarity for RC). When he got up, his shock spring was broken, and he had no choice but to roll back to the pits with a rare DNF. 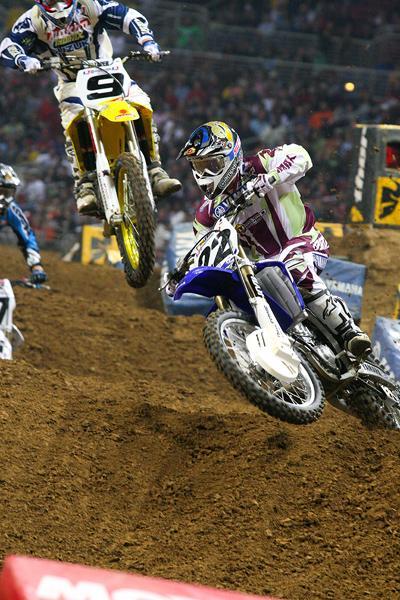 Reed was finally able to get around Tedesco after pulling the trigger on a triple jump in a rhythm lane.
Photo: Matt Ware

This seemed to open the door for Stewart, who was also recovering from a bad start. Up front, Reed was battling for the lead with Suzuki’s Ivan Tedesco, who was looking for a win in his rookie 450 SX season. Reed had been frustrated with a triple jump in a rhythm lane. Several top riders had jumped it, but Reed had yet to pull the trigger near the halfway mark of the main.

Then all heck broke lose. Stewart clipped a tuff block and crashed, and could not get his bike restarted. He kicked and kicked his Kawasaki, but it never refired, and just like that a huge chance to make up ground in the series on Carmichael had gone out the window.

Meanwhile, the Yamaha-mounted Reed was still working on Tedesco, and he finally pulled the trigger on the triple to take over the lead. He then held on for the win, and also jumped from a distant third to first in the SX standings in one night. One wild night, that is. But a typical one for St. Louis! 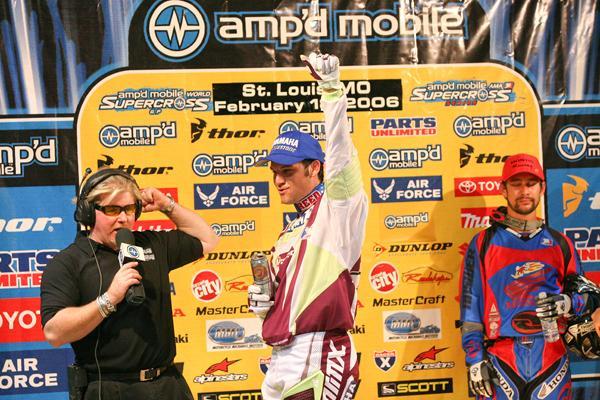 Reed jumped from third to first on one crazy night in St. Louis.
Photo: Matt Ware