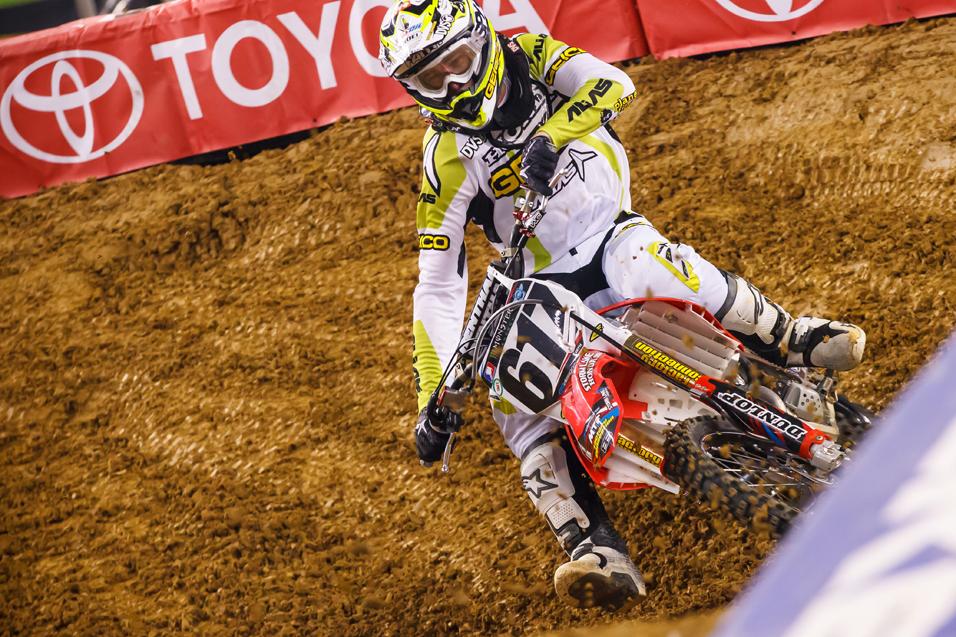 February 24, 2012 11:00am
by: Haley Whisennand
Georgia Dome Atlanta, GA Atlanta Monster Energy AMA Supercross Championship
Gavin Faith made his American supercross premiere in Los Angeles as a replacement for the injured Wil Hahn on the GEICO Honda team. He managed to make the main that night, as well as the following three weekends, finishing with a career-best sixth place in San Diego. After round six, the series transitioned to the East and Faith was no longer needed. At Dallas, Faith made his 450 supercross debut on his own bike, making it into the main event after a photo-finish LCQ transfer.

Racer X: How was your first supercross on the 450?
Gavin Faith: I don’t know, it was alright. I wasn’t riding very good, but I made it to the main, so I was pretty happy with that. I only got a few days off to really work with my ride. I just wasn’t quite ready yet, but it was good to get out there and get a little experience.

Yeah, how was that transfer from the LCQ? That was pretty crazy.
Yeah, definitely. At the beginning, I didn’t feel good and then the last couple laps I wanted it, so I turned it up and got him in the last corner and it was just so close. I didn’t even know who got in. But they went my way.

Supposedly they did a video override because the timing actually said that Weston Peick got in.
They did it on a video? 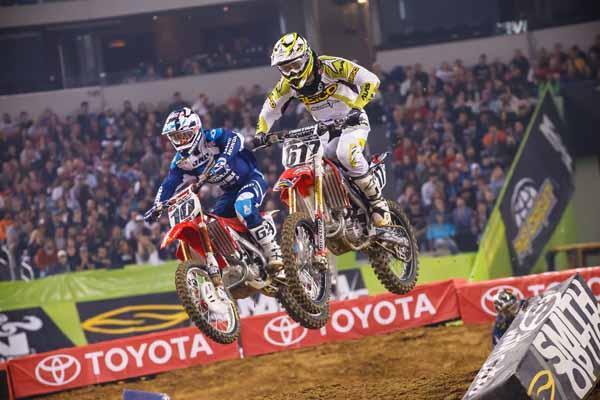 Yeah, so it was pretty crazy.
I didn’t know who was still qualifying.

Did someone come up to you immediately and tell you that you'd made it?
You know, I thought my chance might have been lost. I mean, sure I got there first, but they had cut it off. So we were headed back to the pits and actually Weston Peick stopped me and said that the AMA had told him that I had made it and not him. So I went back to the pits and next thing I saw was the AMA guy and he said they went off the picture instead of the transponders and stuff. Then that was it.

What made you decide to ride the 450 on the East in the first place?
Well, I was planning on doing the East Coast anyways, so we had plane tickets and stuff set up. And I just wanted to do more than four supercrosses. That'd make it kind of short. So I figured I'd come over East and just get more time on the track and get more experience.

How long did you have on the 450 before you went to Dallas? Did you train while you were still on the 250?
Nah, I got pretty much two days of riding, really. Oh, no wait, I got three days. One day I was just kind of getting used to it then started training on that. Other than that, I was out in California with GEICO and stuff. It was actually the first time I'd rode a 450 on a supercross track when I got to Dallas. 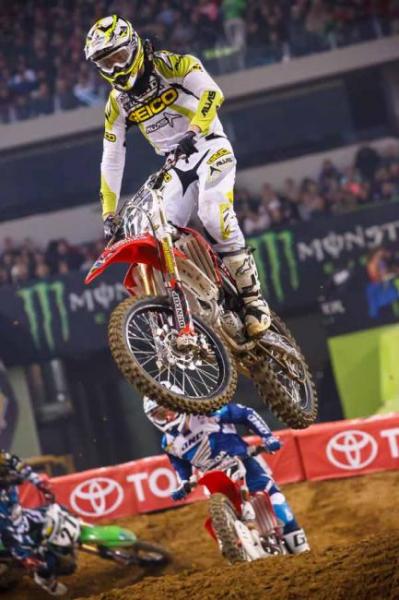 Faith will finish the rest of the East rounds on the 450.
Photo: Simon Cudby

So are you going to be racing all of the rest of the rounds on the 450, then?
Yeah, I’ll do all of the East Coast 450 rounds. I’m looking forward to getting back and getting some more time on it. I just rode a stock bike this weekend. I think we’re going to try and get a little more motor, you know. But it’ll be good. I’ll get a week on the Honda riding and stuff.

Do you have a set goal each week? Are you just trying to make the main each weekend?
Yeah, just try and make the main and just put in solid laps. This weekend, I was riding tight. In the heat, I was tight and in the LCQ, I just wasn’t riding all that good. By the time I got to the main event, I was a mess! But, yeah, just getting more comfortable with the 450, I think. That’d be a huge advantage and I think it’ll be good.