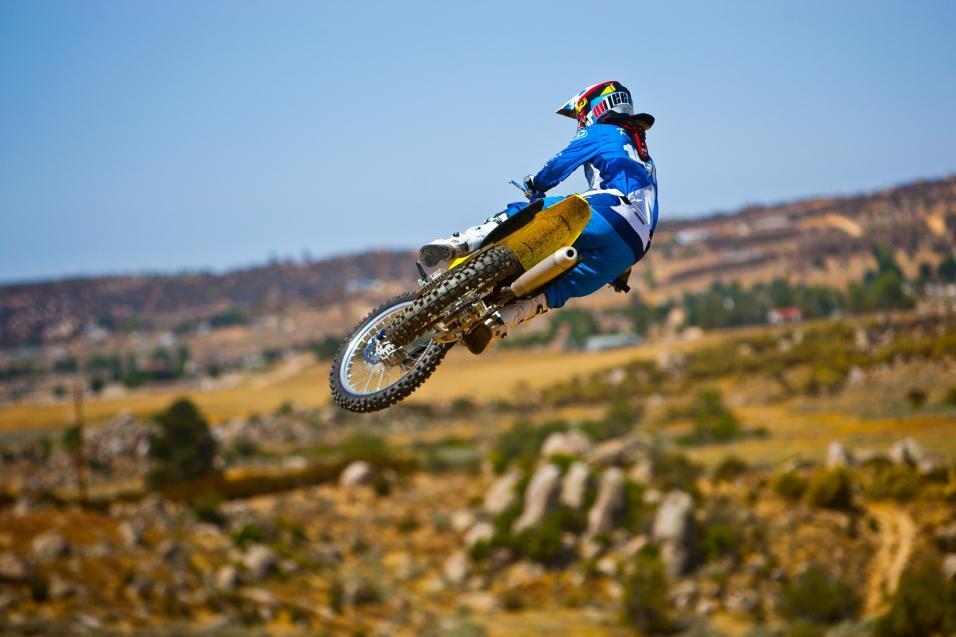 After watching the Lites Main from San Diego I was shocked by Tomac's crash and subsequent finish after he looked so dominant in the earlier rounds.  In order to see how other race fans felt about the event I began reading "The Conversation" under the various race reports.  Apparently one in three knew before the race Tomac would crash and others commented on his stupidity for “racing too hard.”  Initially it seemed odd to me that Tomac could start rolling whoops with four rounds left in the series, but after reading more comments it started to make more sense. Shortly after reading these posts I found myself browsing the classifieds for a used quad, thinking "Get Your Ride On" is actually kind of a catchy tune and feeling upset that I had not recorded Jersey Shore.  Do you think there could be a correlation between my erratic behavior and the comments made by some of Racer X's more enlightened readers?

This is just a shame. You are suffering from a serious illness that is becoming more common since the ‘comments’ section below articles have become popular. You’ve actually become less intelligent by reading those idiotic rants. They were meant to promote conversation among fans but they have spawned a ration of armchair quarterbacks who think Eli is an idiot for riding so hard and send Canard hate mail on Twitter because he tweets Bible scriptures. I wonder how bad it’s gotten for you? Are you wearing an Affliction tee shirt? Do you have a strange urge to get a neck tattoo? Have you penned a definitive synopsis on why James Stewart is crashing so much and posted it on every message board in the moto world? If so, you are in late stages of the disease. Kenny Watson would tell you to go hang yourself. While that is 100% effective I believe that might be a slightly drastic measure. Maybe just step away from the computer for a minute and have a nap or something. And, for the love of God, put the classifieds down.

I had once thought that the Europeans were the very best at putting together ugly motocross bikes but now there’s someone else who wants that title – the MotoConcepts team.  I don't even know what an "MCR 450" is but I do know that it is the worst combination of black, white, yellow and red my eyes have ever been unfortunate enough to see.

And at San Diego Alessi was wearing blue and yellow gear on this color-disabled bike.  Ugh.  It made me sick to see him as he got lapped and held up a serious battle for the lead.

What do you think?

I’m a big fan of simple, clean colors and designs. So, as you can imagine, I’m not a superfan of the MCR bikes either. I don’t know if it’s the black, red, yellow and white goulash of colors adorning the bike or the rims that don’t match and can only be described as the color of your urine after completing the Ironman triathlon in Hawaii. Still, I’m glad that MotoConcepts is racing. The owner is obviously passionate about the sport and he is creating jobs for riders who would otherwise be riding out of their trucks or following the national arenacross series. Now if he would just create a job for a quality designer who could help his color scheme out he would be set.

Personally, I think the JT gear looks good. But I’m a JT guy from way back and a big fan of nostalgia.

Ever since the ask Ping of 5/13/11, all I can think about is Ralph Sheheen saying, “That’s right, bishes”.  For some reason that just makes me laugh every time I think about it.  Anyways, on your last edition of ask ping someone asked about what could possibly make the SX tracks safer.  I have always thought SX tracks could remain just as exciting, but become much more safe just by making some of the landers more round.  I notice that a lot of jumps that are nothing more than landers are just as peaky as the launchers.  Take for example the insanely stupid triple into a corner where Villopoto broke his leg last year.  That injury would have never happened if the lander were not shaped like an equilateral triangle.  In my opinion, the only thing a peaked lander does is guarantee an injury to any rider who comes up a little short.  Why doesn’t anyone see peaked up landers as unnecessarily dangerous?

The track crew does a good job of trying to make relatively safe tracks. The fact that you are racing motorcycles around a jump-filled circuit with 19 other guys makes that an inherently difficult task. There are triples that could stand to have some extra dirt mounded up on the front side of them. I’ll agree with that. But the jump RV got hurt on wasn’t a standard triple, it was an obstacle that they didn’t expect riders to triple, and very few injuries actually happen on the basic triple jump anymore. The guys getting hurt on those are the three digit guys in the C practice. Not that their safety is less important but filling in the gap between the jumps would make the leaps seem much less impressive and that’s what fans are paying to see. They don’t care if it’s safe. They paid good money to see the guys in the bright costumes fly through the air and occasionally flip end-over-end in dramatic fashion. “Woooo hoooo, get me another hot dog and a cold drink, I don’t want to miss a good crash!”

That may seem insensitive but I was hungry and a hot dog sounded good. Don’t judge me.

Seriously, Feld doesn’t want the stars of their show going out with injuries so they are always looking to make things safer, within reason. Now, about this unilateral triangle…