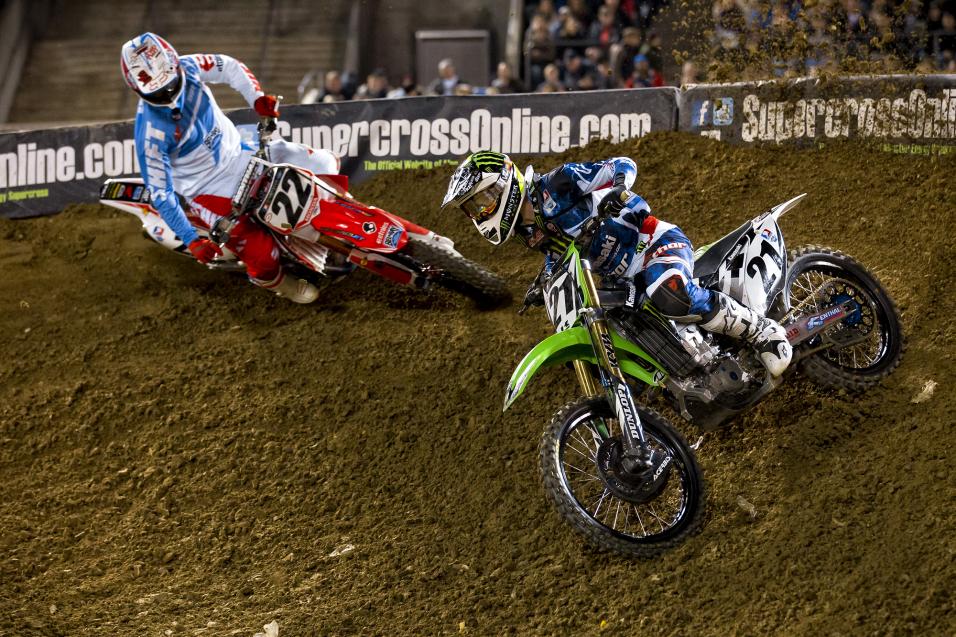 This week on The Breakdown the focal point is corners in Oakland. Let's take a look at some corner shots to see if anything catches our eye.

Martin Davalos
This is a normal right hand bowl. What makes this tricky is it is your rear brake side. Normally riders make more mistakes in right handed corners. To me it looks like Martin decided to lift the leg a little to late causing his head to go forward. Anytime a riders head gets forward his leg will always be dragging the ground. It's impossible for it not to. Notice the top 450 guys are doing these right handers without taking there foot off the peg. 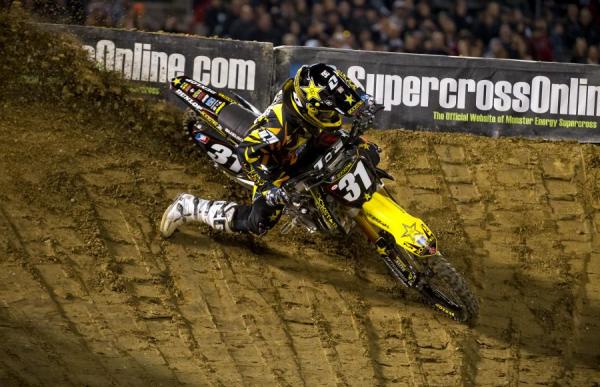 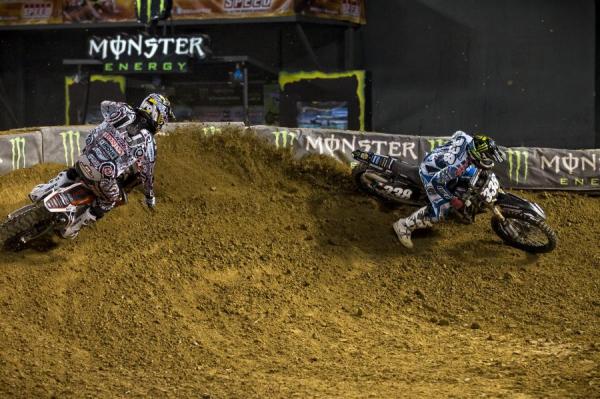 Chad Reed /Jake Weimer
Look closely at Reed in this pic. This is top level stuff. He keeps both feet on the pegs and never takes his right foot off the peg for balance. Weimer, as you can see, is in the middle of the track. Reedy runs it in hot , and brakes slides the turn early. This puts him coming out of the turn right beside Jake. Keeping his feet on the pegs allows Chad to make his turn a lot sharper, perfect for making a pass in the next section. 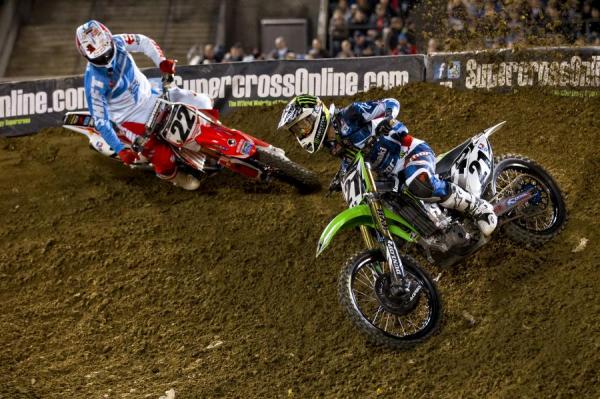 James Stewart/Justin Brayton
In this pic Brayton runs it in on Stewart for a typical block pass. Notice where the pass is made. The center of the turn. If you make a block pass anytime after the center of the corner the rider you are passing can not see you (Stewart /Reed 2011 Atlanta). Brayton, like I said before, made this pass in the first half and you can see James saw him before he committed to the next section. This is a good clean, but aggressive pass. Had it been done anytime after it would have resulted in both riders going down. 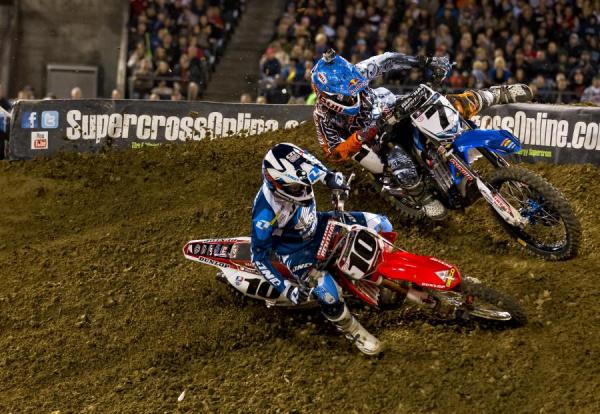 Matt Walker is a former professional motocross racer that now owns and operates the newly-formed Moto X Compound. One of the country's largest MX training facilities, Moto X Compound is located one hour south of Atlanta in Forsyth, Georgia. For more updates, follow Walker on Twitter #mattwalke122 or head to www.schoolofmotox.com.