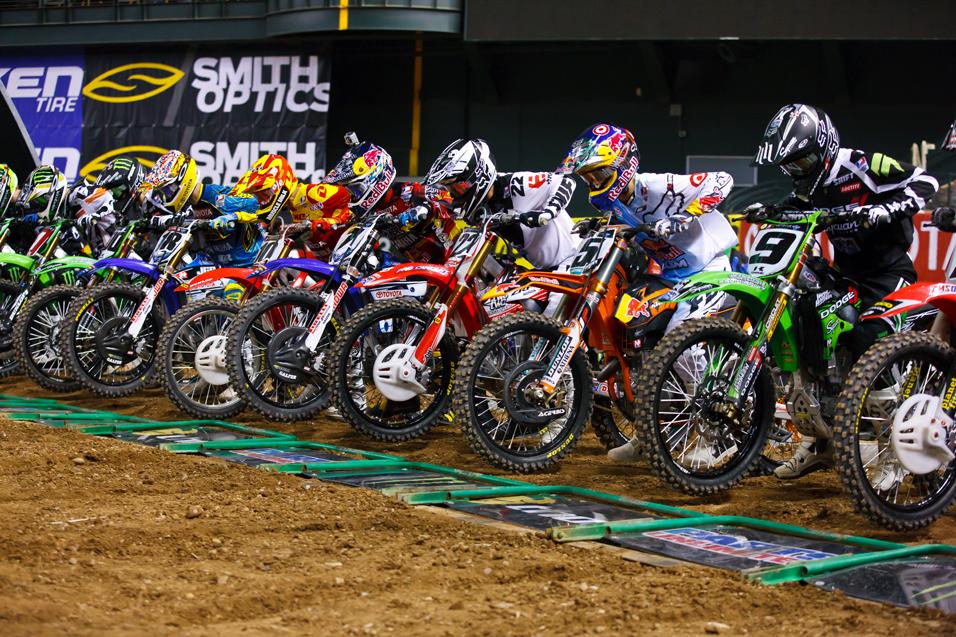 The opening rounds of the Monster Energy Supercross Championship are often strange races, as nerves and hype impact the riders, and teams are often revising setups after actually trying things out in a race. But by the third round, setups and expectations are more clear—and that’s why round three often ends up as the most exciting race of the year.

Witness last year’s four-rider smackdown with Ryan Dungey, James Stewart, Trey Canard and Ryan Villopoto—where Villopoto came from way back to win. Witness 2010’s third round, with an injured Stewart battling Dungey and Josh Hill in another slugfest, with Dungey coming out on top. And round three of 2009 was good, too, with Stewart fighting the likes of Kevin Windham for the lead, and barely holding off a fast-closing Chad Reed to take the win. Round three almost always serves up the goods, because the nerves are gone, the teams have had two races to dial in their setups, and it’s too early for anyone to have lost hope and confidence. 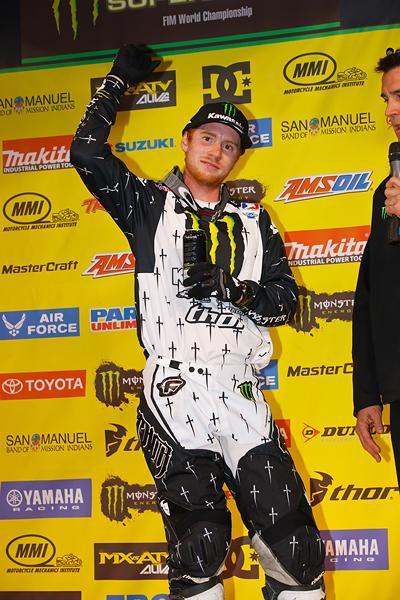 But at round three, you can really start to see who has the right stuff. Proof? The winner of AMA SX round three has gone on to win the championship for the last nine years—nine straight!

The last round three winner to not win the title was in 2002, when Mike LaRocco won Anaheim 2 but did not win the championship. 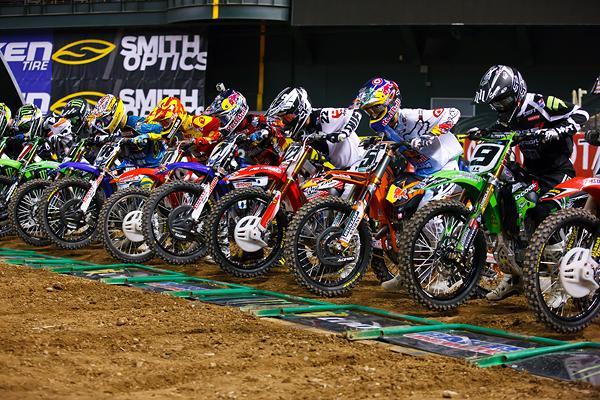 Who will come out on top this weekend in L.A.?
Photo: Simon Cudby

To take this concept further, let’s contrast with last week’s Bench Racing Ammo, where we followed the round one winner-to-championship connection since 1999. Here are the round three winners from 1999 to 2002:

What’s all of this mean? Riders better fight hard for the win this weekend!