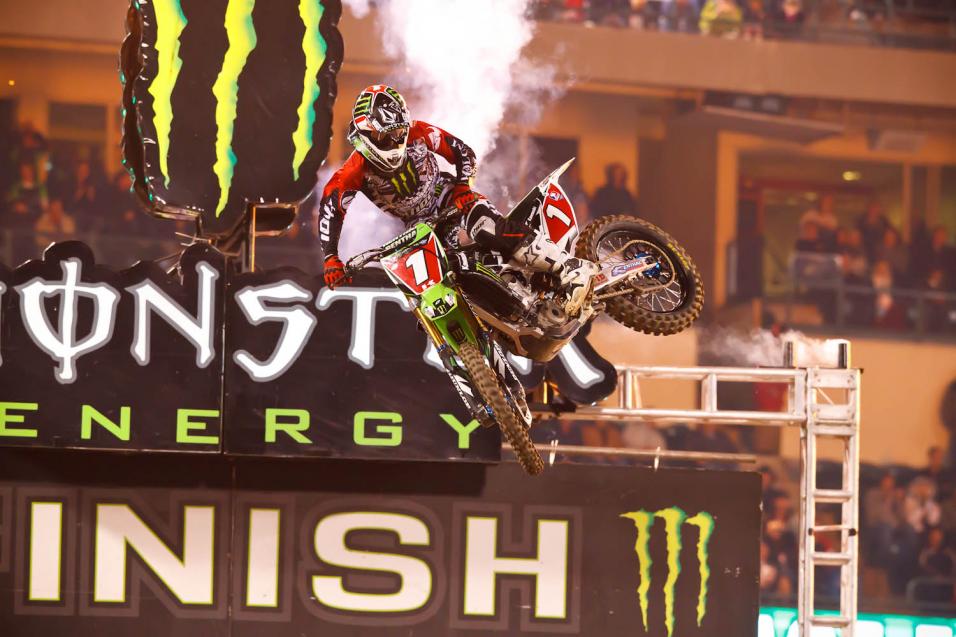 Advertisement | Advertise with Us
Ryan Villopoto was supposed to pack the same strengths from his 2011 Monster Energy Supercross Championship program into 2012. But if the goal was to replicate 2011, he overshot the mark by dominating the 2012 season opener with an even stronger showing than anything he put together last season. 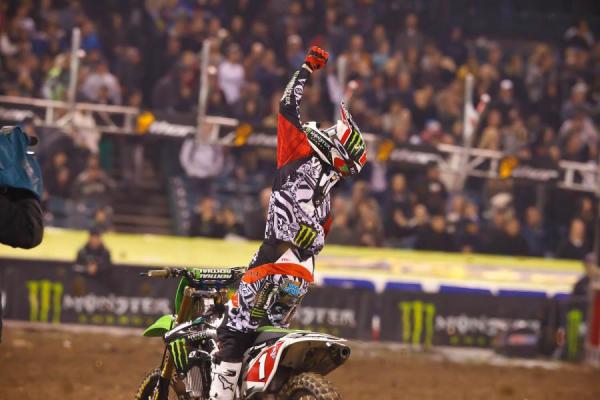 No stopping Villopoto on this night.
Cudby photo 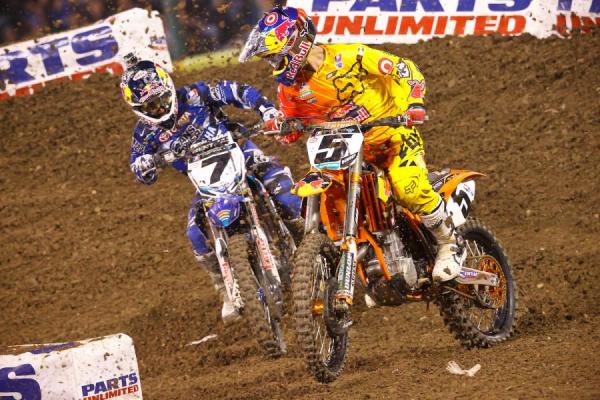 The Stewart/Dungey battle was one of several on a good opening night.
Cudby photo 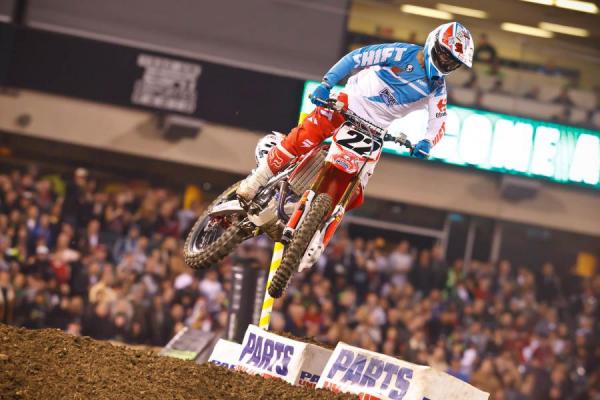 The battle behind Villopoto had the packed house at Angel Stadium in Anaheim, California going crazy. The event had a big buzz to it, with jam packed pits and stands and plenty of action to follow. The track didn’t generate the same level of excitement with many riders, although it did produce long lap times.

Off the start of the 20 lap main event, Reed looked to lead the field into the first turn, but Villopoto was able to edge past him to take the lead. He immediately put the hammer down and began to pull away, while Reed momentarily was passed by Dodge Motorsports Hart and Huntington’s Ivan Tedesco. Reed got Tedesco back but wasn’t able to match up to Villopoto. A few laps in, Dungey closed up to challenge Reed for second, while Stewart was overcoming a bad start and eventually made it up to fourth. Stewart didn’t appear to be closing on Dungey, though, while Dungey was closing on Reed.

Then Dungey crashed in a right-hand turn, handing third to Stewart. Stewart seemed content in that spot, but Dungey regrouped from the crash and started going back after the Yamaha rider. They battled, with Dungey eventually able to make the pass on Stewart. At almost the same time, Reed crashed, and the Dungey/Stewart battle closed up right behind him. The three riders looked set for more battling until Stewart went down, cross rutting on a tabletop and running into some tough blocks. He damaged the left side of his machine, losing a radiator shroud, and dropped back while trying to rip the dangling shroud off. He eventually finished sixth.

Meanwhile Dungey kept the heat on Reed the whole way, closing up again on the final lap, but the veteran Reed held onto the spot. Brayton came out on top of another huge battle to take fourth. Tedesco and Motoconcepts Mike Alessi were up front early, while Brayton dueled with Supercross.com Honda’s Andrew Short for a long time. Eventually Brayton moved past the whole gang to get fourth. Short moved backwards a bit, while Alessi held his ground for a long time near the top five before the bottom fell out of his race late, and he dropped all the way back to ninth.

The real mover was Weimer, who started near Brayton and Short, but went off the track. This pushed him back to about 13th, but he dug deep, showed impressive speed, and then took advantage of a fading Alessi and a later crash by Tedesco to get fifth. Stewart recovered from his crash to take sixth, followed by Short, GEICO Honda’s Kevin Windham, Alessi and Dodge Motorsports Hart & Huntington’s Josh Hansen, who started about last.

In Lites action, Lucas Oil Troy Lee Honda’s Cole Seely made a statement by snagging the round one win. He started third, then quickly passed Monster Energy Pro Circuit Kawasaki’s Dean Wilson to take second. Then he stalked the early leader—Wilson’s teammate Tyla Rattray, before making the move for the lead. He didn’t yard the field, but pulled away steadily to take win, his third career triumph. 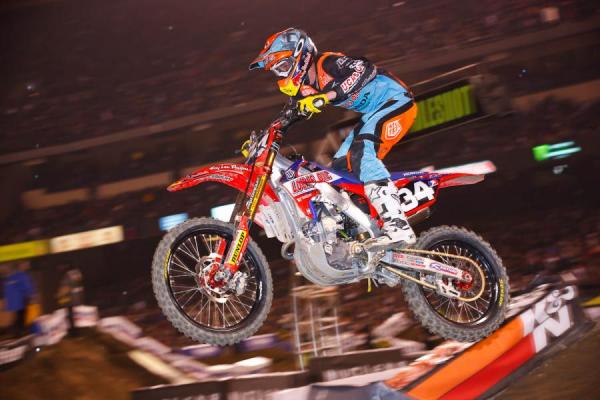 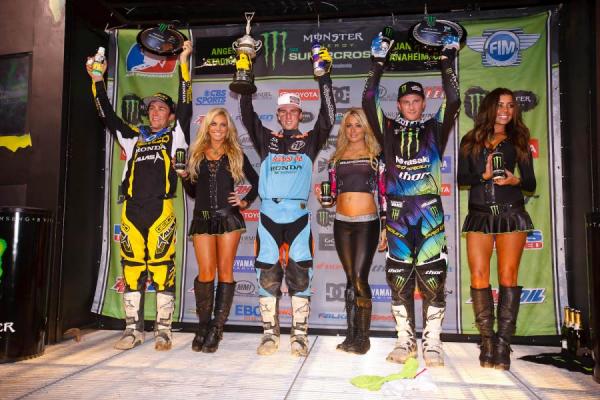 Seely Tomac and Rattray on the Lites podium.
Cudby photo

Rattray rode a solid race for second. Meanwhile GEICO Honda’s Eli Tomac launched an amazing comeback charge after a rough night. Tomac was run into by Max Anstie off the start in his heat and went down. He made it to a transfer position, only to have his bike quit on the last lap. To the LCQ he went, where he pulled the holeshot and won. In the main he was way back again, but made key passes to get to fourth. On the final lap he made a push for Wilson and got to him. As Tomac was working on a pass, Wilson crashed, and Tomac had the final podium spot.