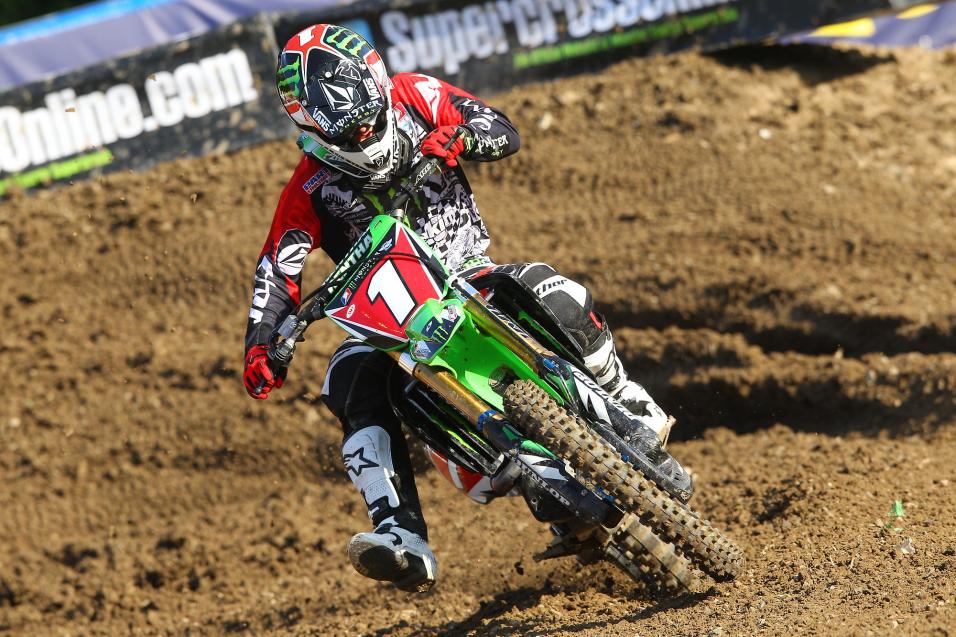 Good evening race fans, and welcome to the first practice report of the year, coming to you from Angels Stadium in Anaheim, Calif. A tight, winding track, along with a few large roller jumps, has kept lap times above the minute mark. After watching practice, it’s evident that there are a few sections that will likely become one-lined during tonight’s racing, which means we might be in for some aggressive passing. For a more detailed description of the track, have a look at the morning report, right here. /2012/01/07/morning-report-anaheim-1 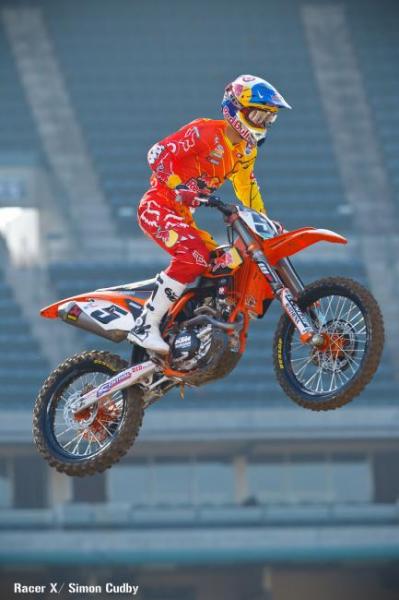 In the B sessions, Zach Osborne, who is racing several supercross races this year before heading to the GPs, ruled the leader board, followed closely by Jason Anderson. Osborne’s fastest time was a 1.02.613, while Anderson’s was a 1.02.973. Both fast times came during the second qualifier. 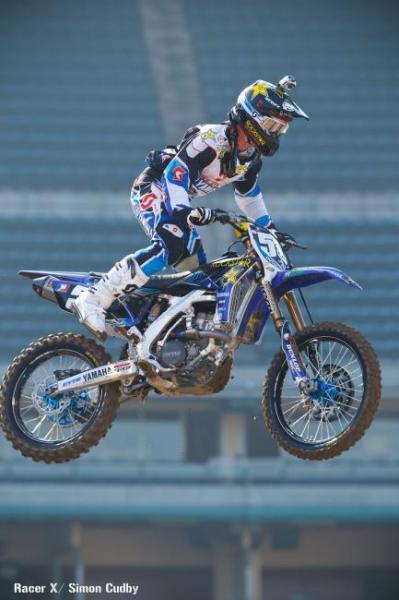 The B group had quite a few fast guys in it, including Jake Weimer, Kyle Chisholm, Josh Hansen, Jimmy Albertson, Josh Grant, Ryan Morais and Josh Hill. Nobody was a match for Jake Weimer, however, and he set and maintained the fastest time in both sessions. Weimer’s fastest time was a 1.02.455. Of note, Hill was eighth fastest in his second session, and in his first race back, he set a very respectable time of 1.05.516.

That’s it for qualifying in Anaheim. Fortunately we made it through all sessions without any major injuries, and tonight’s action promises to be intense and entertaining. Make sure to keep visiting Racer X Online, and follow us on Twitter, @racerxonline, for live updates from tonight’s race. 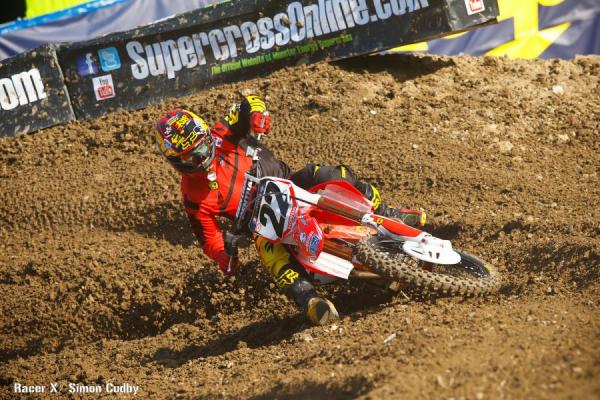 Reedy gettin' himself some.
Cudby photo