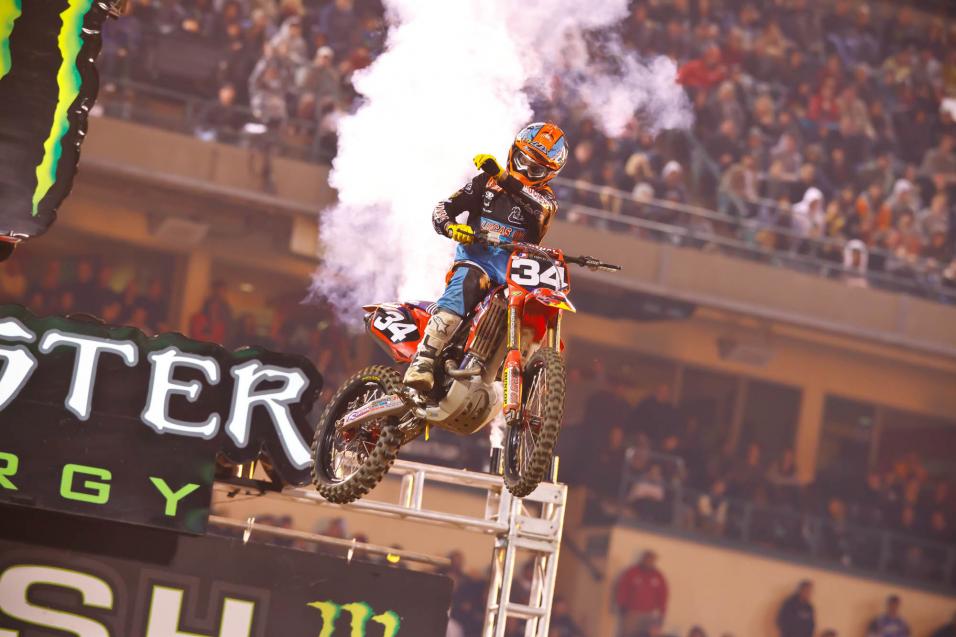 Advertisement | Advertise with Us
Angel Stadium Anaheim, CA Anaheim I (A1) Monster Energy AMA Supercross Championship
A couple hours before opening ceremonies at Angels Stadium, I ducked under the Troy Lee Designs' Honda tent to enjoy their hospitality lunch and wish good luck to team manager Tyler Keefe and his riders. But before I left, Brian Segrist, Cole Seely's agent, informed me that I was in for a big surprise.

“I can't believe people are leaving Cole Seely, a guy who won main events last year, off the list of favorites for tonight,” said Segrist. “He's going to win.”  I had no idea which preview stories Ryan was talking about it, but said I hoped he was right. Seely is a very fast, quiet and—obviously—sometimes  overlooked kid.  And I don't know about everyone else, but I personally was not thinking about Cole's chances anywhere near as highly as I was Dean Wilson, Eli Tomac, Tyla Rattray, and even Wil Hahn.

Well, Brian Segrist was right! Cole Seely absolutely cruised to the Lites main event win last night, putting in a concise ride that left no question that not only is he a contender to win races, he is a definitive title favorite. On a complicated track that was getting a lot of love/hate talk before the race, #34 rode with so much confidence and comfort that he looked like he was supposed to be win. 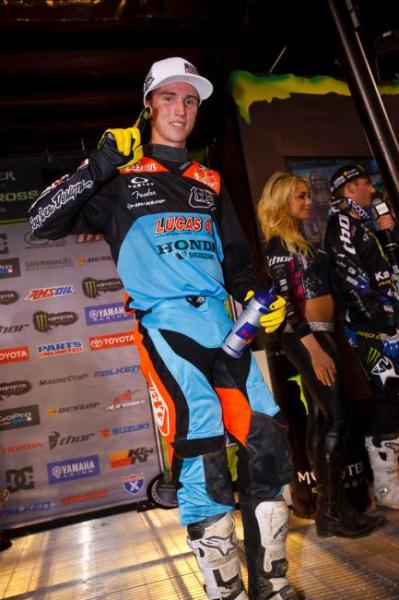 Seely is the Lites points leader for the first time in his career.
Cudby photo

One race does not make a championship, of course, but the Lucas Oil/Troy Lee Designs Honda team, including Keefe, Cole's mechanic Rich Simmons, and even the namesake team owner himself, sure celebrated like they did.

Of course now Seely has to back his win up, which he certainly can do in Phoenix. But this time around, he's going to have more people saying he can win than just his agent.