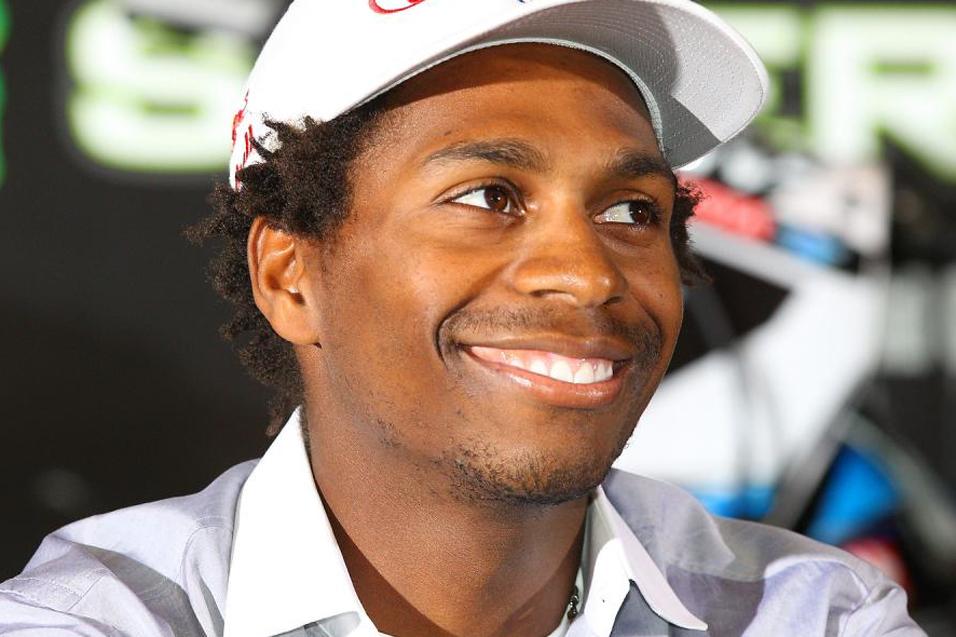 January 6, 2012 2:00pm
by: Jason Weigandt
Angel Stadium Anaheim, CA Anaheim I (A1) Monster Energy AMA Supercross Championship
Two years ago, I wrote a Racer X Illustrated magazine piece on James Stewart titled “Overdog.” Because no matter what goes down leading into a season, James Stewart never enters a championship chase as the underdog. The talent and ability is undeniable, so as long as he’s on the gate, he’s a favorite to win.

But we’re really putting the overdog theory to the test now, because since I’ve written that story, Stewart has failed to win the Monster Energy Supercross Championship twice, and raced no other major events besides a fail at the ’10 Unadilla AMA Pro Motocross National. One major injury ruined his 2010 campaign, which happens. But a series of crashes unraveled his 2011 campaign, to the point where other riders can now say, “We raced him for 17 rounds, and we beat him.” 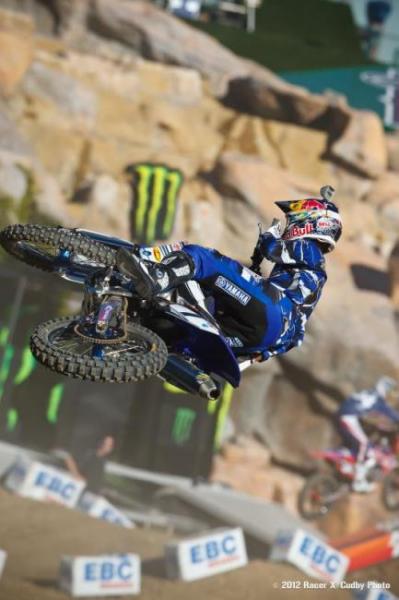 And yet we just can’t help ourselves. For once, Stewart could have come into a season as an underdog, but when we posted an online poll of who will win Anaheim 1, guess who came out on top of the voting? Yup, old JS7, edging out defending SX Champion Ryan Villopoto with about 3,200 votes to RV’s 3,000. Such a vote shows a big leap of faith in what Stewart’s new JGR/Toyota Yamaha team can bring to the table, but also that same old leap of faith in Stewart’s abilities. And that leap isn’t a mega-tricky quad combination jump. It’s easy to understand. We may have laid the Fastest Man on the Planet thing to rest, but, no man on this planet doesn’t think James Stewart is fast.

And then you dig into last season. You can point to the highlight reel crashes for Stewart as an indicator that he’ll never find consistency. Or you can note that he still won five races and actually wasn’t too far back in points with two rounds to go. Before more crashes kicked in. With Stewart, it’s always going to be win or crash, so much so that at yesterday’s press conference, for once, no one even bothered to ask if he’s going to change his style this year. We already know the answer! 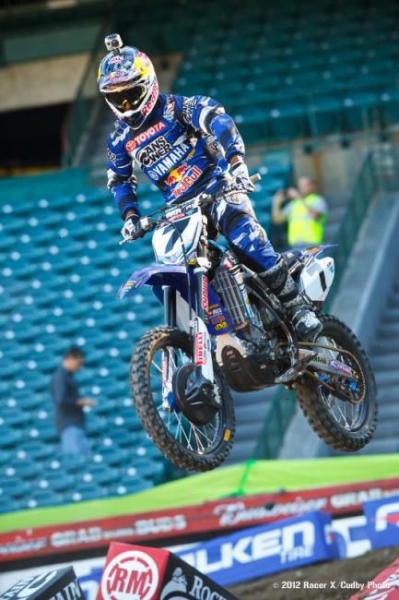 There is a consensus around Stewart right now if you talk to insiders, ex riders and experts. They all come back to the same phrase, “Stewart really has something to prove.” But even that, really, is no different. James Stewart always has something to prove, because he’s always expected to be fast and win. He has never lined up in a race where a second place finish is good enough. It’s not win or crash, it’s win or “what happened?”

Thus is the blessing and curse of such speed. It always has been. Underneath Stewart sits a new JGR bike that is vastly different then the L&M (or JSE) Yamaha he raced last year. It could make the difference. But the bigger factor is time. Even after two bad seasons, Stewart is still the same threat. But while even failed 2010 and 2011 seasons still leaves him as a favorite in 2012, if James Stewart doesn’t start winning a whole bunch again, don’t expect him to stick around for long. He’s not going to come back and cash paychecks for more seasons of 2011-style racing. Remember, he only races to win. So maybe this time, we add a new category. Maybe this time it’s win, crash, or nothing.