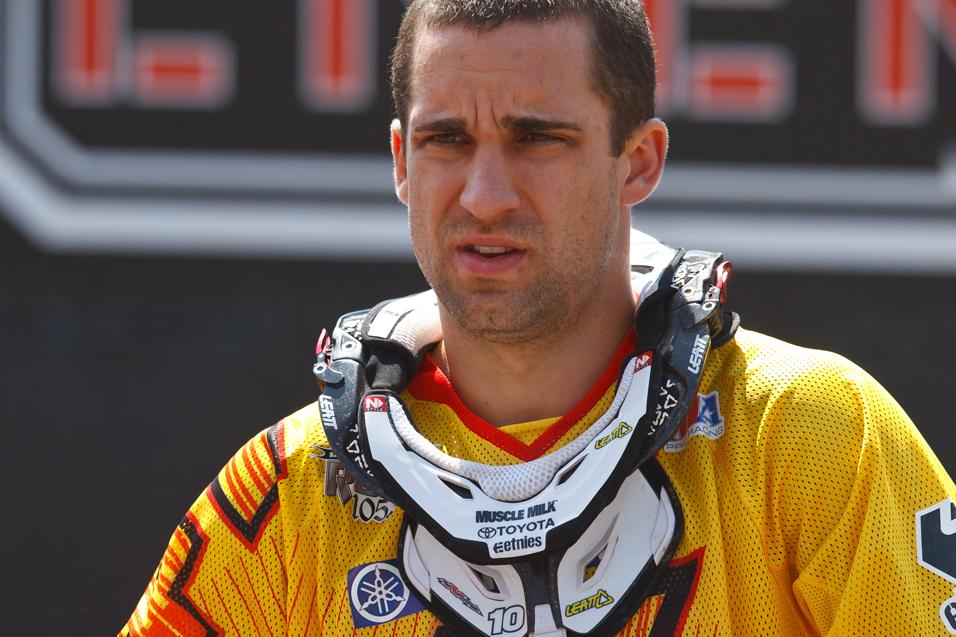 Advertisement | Advertise with Us
It’s a brand new day for Justin Brayton. The friendly guy from Iowa has now come from some real honest hard working privateer roots to what many think is the ultimate, a factory Honda ride. After a few seasons with factory KTM, and then JGR Yamaha, Brayton’s first day on the bike was this past Saturday and he’s hoping that the red crew can help him take that next little step up into the front pack of riders. Brayton’s going to be teamed with Trey Canard next season and both of them should be quite a powerful combination out there. I caught up to Justin on Friday to get his thoughts on the new ride.

Racer X: Congrats on the ride and you have to be pretty excited about it.
Justin Brayton: Thanks! Yeah, it’s pretty cool for sure. I’m excited about it. As a kid I grew up with posters of Rick Johnson, David Bailey and Jeremy McGrath on the wall and you always dream of riding for factory Honda. To have my name on that list and have a chance at winning races and championships is exciting.

I’m sure you’ll get a chance to work with MC this year as well, since he helps the team and riders with testing, that will be pretty cool.
Yeah, that’s really cool to work with him. It’s actually crazy, the first year I moved to California, Buddy Antunez introduced me to Jeremy McGrath and he was, to this day, one of the coolest guys I’ve ever met. If anyone could have an ego, it’s that guy, but he was awesome. I hope I get to work with him, I look up to the way he handles himself and the way he rides as well.

Brayton will make the transition from JGR Yamaha to American Honda for 2012.
Photo: Simon Cudby

Yeah, when I was a privateer mechanic back in the day and he was "The King," he was always the nicest guy when he definitely didn’t have to be. Anyways, Saturday was your first day on the bike, how was it?
It was pretty wild to just sit on the bike and start it. I had it in my garage that morning and was just sitting on it. It was awesome, then I put gear on out at the track, started it and was smiling. I had to look down at my front fender a few times to make sure it kicked in. It was awesome and it was everything that I expected it to be. I’m excited to ride supercross on it and it was neat because the last time I raced it was at Pala and now the first time on this bike, it was at Pala again. Obviously a little different track conditions, but the layout was the same. It was cool to compare and contrast the difference.

I know it’s early but what do you like about the bike so far?
It fits me really well, the biggest thing is the comfort level. The second I got on it, it was great. I like my bars a little taller than some guys and I got on it and it was perfect. Everything was where it was supposed to be you know? Also how light it is, the list just goes on. There are so many positive things about it, I can’t wait to ride supercross on it. I’m going to start tomorrow and it’s going to be awesome to ride. Actually, to ride anything on a factory Honda is amazing.

You rode for JGR Yamaha the last two years and by all accounts, the separation from them was amicable. Those guys really like you and everything that you did for them. Can you talk about riding for them?
I don’t have one bad thing to say about anyone at JGR, including the bike. Everything was great and I get along with Jeremy [Albrecht] and Coy [Gibbs] great, and everyone at the shop was awesome. I actually talked to Sean, one of the engine guys, this morning. We’re still really good friends and I’ll be friends with those guys forever. I’m actually looking at getting some property out there to put some roots down there. The team really treated me great and when I first was moving up from the 250 class, those were the guys I wanted to ride for and I think I did a good job for them. Nothing bad about those guys, they’ll only get better and better throughout the years also.

Although I would bet your new manager Eric Kehoe doesn’t have anything for Coy in regards to playing video games.
[Laughs] No, I think Coy has him beat. He’ll have him handled for sure. 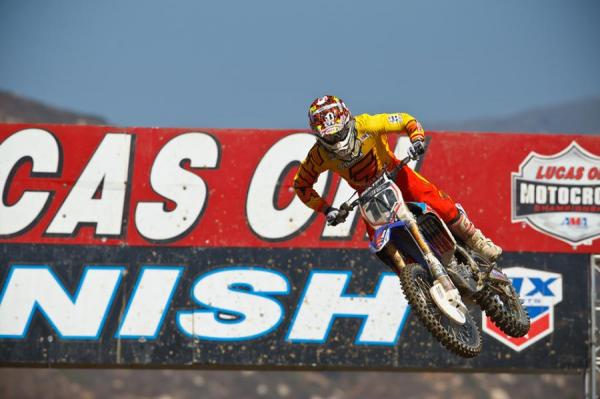 Brayton will team up with Trey Canard in 2012 to form a dynamic duo for Honda.
Photo: Simon Cudby

Last year in supercross you won a couple of heat races against all the big guys but you also got hurt a little bit, talk about 2011 for you.
Yeah it was pretty well, I think. I did have some injuries, but during supercross I felt like I gained speed but lost some of my consistency. Throughout my career, I had been very consistent and I lost some of that but I felt like I had to take the jump up in speed. I had a meeting with the guys before the season and that’s what we talked about. The team said to start going for it more and I did. I also ended up crashing quite a bit though, but I also started smoothing it out. I did win those heat races and yeah, they’re only eight laps but if you can do it for eight, you can do it for twenty.

I’m pumped to be riding for American Honda and Eric Kehoe. He’s put an incredible staff together and I’m looking forward to testing all these things and learning more about the bike. I also think that having more riding during the winter months will be a big advantage. But overall, my 2011 season was okay.

Yeah, the JGR guys felt like although your points position was worse, you were a faster rider in 2011 as opposed to 2010.
I would agree with that. I was up there at times in the beginning of the season and everyone was talking about the big five but I was getting in there to where it was almost the big six. I was getting fourth, fifth and winning some heats but then I got hurt. I was a tick off those guys but having this opportunity to be teammates with Trey Canard will help. Neither one of us have egos and I think if there’s one guy that’s faster than the other at the test track, it’s no big deal--we’ll help each other out to go win races for the team.

I talked to him at Pala for a little bit and I really look up to him and the way he lives. He’s an awesome guy for sure and when he rides a motorcycle, he’s great.

You guys are great to work with as far as press goes. It’s early, but right now you and Canard are definite clubhouse leaders in the “All Media Team.”
Well, that’s good to hear Matthes. Thanks for calling.