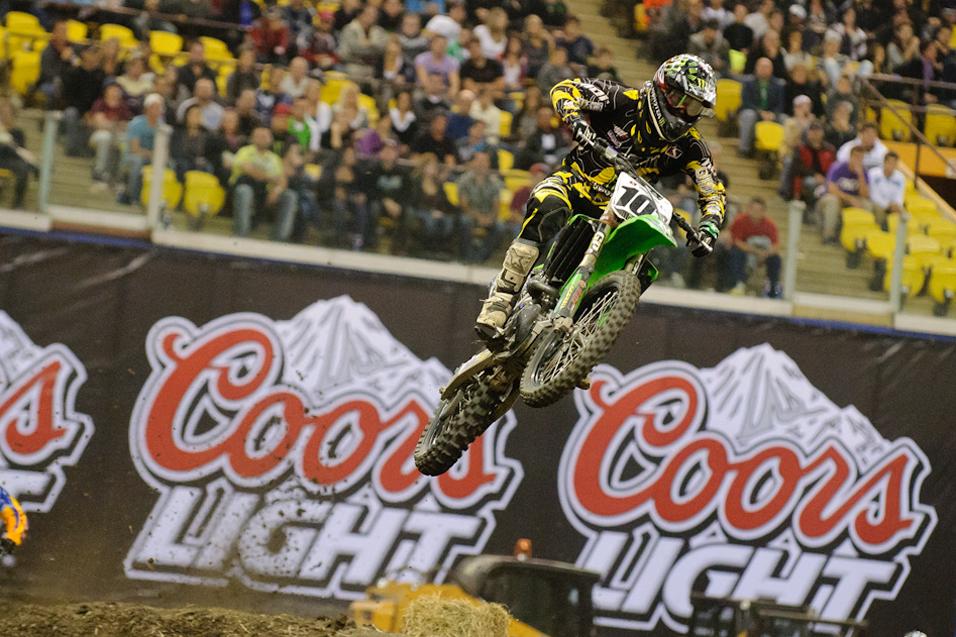 October 3, 2011 4:00pm
by: Chase Stallo
The Montreal Supercross is one of the most heralded events in Canadian motocross. Typically drawing around 50,000 people to Olympic Stadium in Montreal, Quebec, each year, the event showcases some of the great talent up north and usually brings a few stars from down south into the mix, as veterans Nick Wey (2010), Jason Thomas (2009), and Ryan Clark (2007) have all tasted glory in the Great White North. This year was no different as Floridian Matt Goerke fought off Canadian amateur sensation Cole Thompson to take home the win in the MX1 class. While in the MX2 class it was an all out battle to the checkered flag as both Jeremy Medaglia and Kaven Benoit fell on the final lap while fighting for the lead. Medaglia was able to remount first and take his first career Montreal Supercross win. Now let’s take a look at the lap charts, brought to you by Motion Pro. (For more information on the race check out our friends up north at Directmotocross.com) 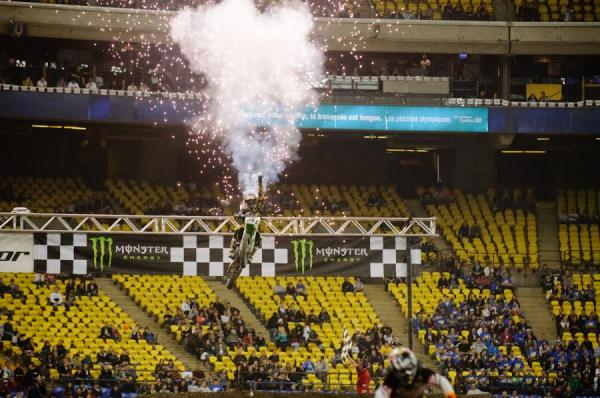 Goerke took the win in Montreal over the weekend.
Photo: James Lissimore / DMX