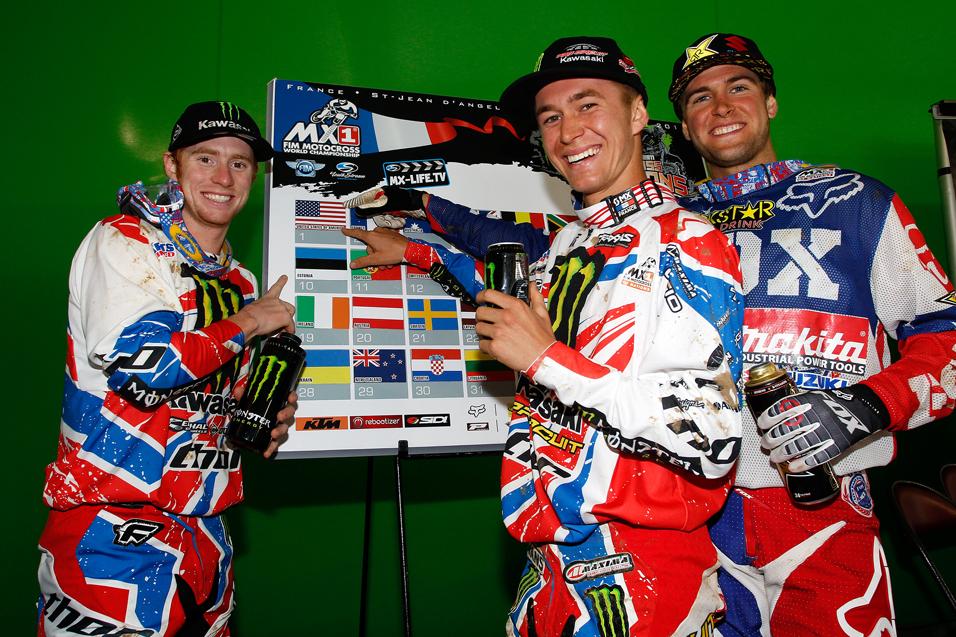 Moto 1: Italy 17 points, USA 11 points
Italy scores a 1 and a 16 with Antonio Cairoli and David Guarneri. Team USA scores a third and eighth with Ryan Dungey and Jake Weimer

Moto 3: USA 22, Italy 59
Italy scores 3 from Phillippaerts and a DNF from Cairoli. USA takes a 1 from Dungey and a 7 from Tedesco

Italy trailed by five heading into the final moto, but they had their big guns in Cairoli and Phillppaerts, who had beaten their American counterparts of Dungey and Tedesco in their first motos. But Cairoli was taken out in a first turn crash, and Dungey pulled through to a moto win. 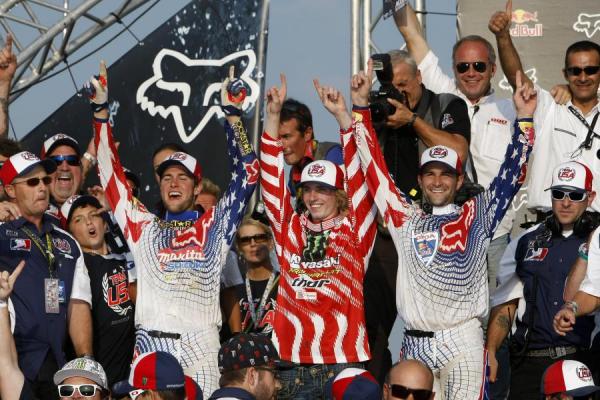 Dungey put in a clutch ride to win the third moto in 2009 to secure the victory for Team USA.
Photo: Ray Archer

Gemany led heading into the final moto, with big thanks to Ken Rozen’s amazing rides in MX2. But their hopes are dashed when Max Nagl—second in the MX1 GP ranks for the season—has trouble with a pair of hard crashes. Meanwhile Dungey pulls through again with Short right behind for a Team USA 1-2 finish. 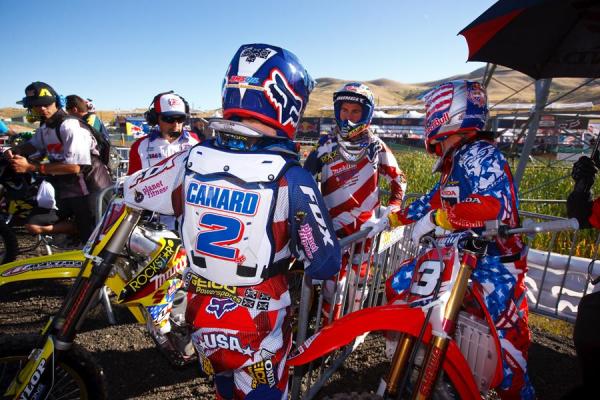 Moto 1 France 19, USA 20
France gets an 8 and an 11 from Marvin Musquin and Christophe Pourcel, USA collects a 3 and 17 from Ryan Dungey and Blake Baggett

Moto 2 France 20, USA 23 (after drop)
France gets a 1 and 11 from Gautier Paulin and Marvin Musquin, USA a 3 and 17 from Ryan Villopoto and Blake Baggett

Moto 3 USA 26, France 39
France gets an 8 and a 35 from Gautier Paulin and Christophe Pourcel, USA gets a 1-2 finish from Ryan Villopoto and Ryan Dungey

The home team leads heading into the last moto, and Pourcel helps the cause by making an early pass on Dungey. Then his tire comes off the rim, forcing him into a DNF. Once again, Team USA pulls through, with Villopoto leading Dungey home for a 1-2 finish, just like last year in Colorado.

Over the last three years, Team USA has third moto scores of 1-3-1-2-1-2, and their closest competitors coming into the moto have finishes of 3-DNF-16-DNF-8-DNF. 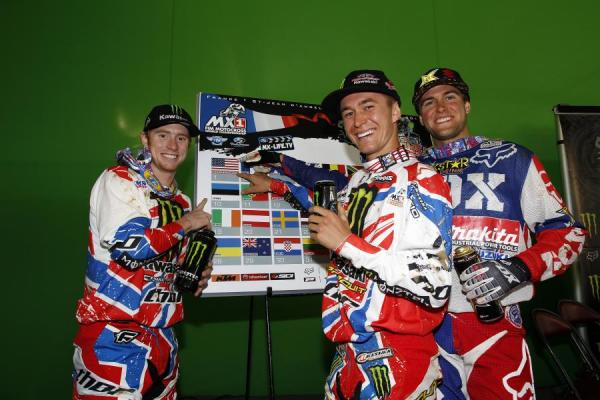