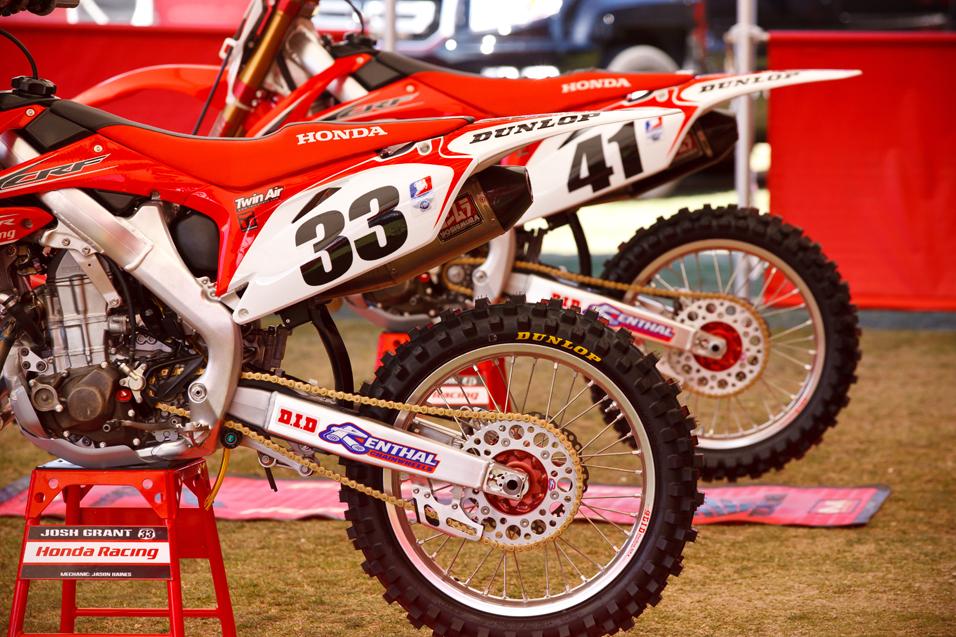 One Industries Thursday Rev Up

September 22, 2011 2:20pm
by: Andy Bowyer
Hello, everyone, and welcome to the Rev Up. A lot of people have said this, but it’s steadfast in that one of the coolest things about our little hobby is the brotherhood. I’ve been everywhere and nearly everywhere I've been has produced an encounter with a moto guy. It’s pretty cool how this notion keeps popping up with real consistency.

Last weekend I sat down with Mickey Boone (of 1974 Factory Honda fame), also famously known as the man that claimed Bob “Hurricane” Hannah’s 1976 factory YZ125. Our fates had somehow landed us at my watering hole. I say “my” watering hole, because that is where I go and watch NASCAR and drink the most beer, then yell the loudest. Louder than everyone. Sad, but true. Anyways, we shook hands and began watching the live coverage of the final round of the 2011 Lucas Oil AMA Pro Motocross Championship.

Through much of our conversation volley, there was a lot of debate, which was all really awesome for me. Mickey is a good dude, still looks good, and is in great shape—the type of guy you would like to see yourself resemble when you are 50 plus.

I think it’s one of the coolest things ever when this scenario come to fruition. I know it happens to a lot of you reading as far as you have. In the always-revolving attention span I’ve been blessed with, I came up with a hat trick of examples of our sport’s evolution.

Back in the day those guys ran a pair of 40-plus-minute motos, instead of the now standard thirty plus two. Which is gnarlier? I say that the pace of today’s motocross is the most taxing physical and mental test that there is on the spinning earth. Soccer is the most, by the books, but the danger element gives us the nod. Moving along, I think the upper echelon of motocross professionals are more physically fit than the old-school squad. It isn’t a matter of “grit,” because the old school had more grit than what we see today earning “chug points” on live television. They were the pioneers of awesomeness.

As humans do, we evolve. Grit doesn’t mean better. 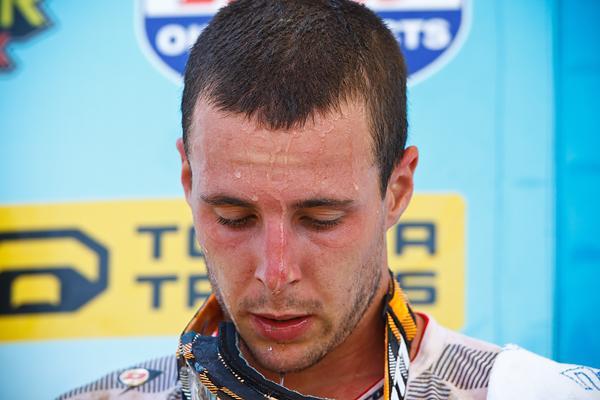 Mr. Boone told me heavy stories about how they all knew Hannah would train. He said Bob would go out and ride his bike until it was out of gas, then push it back to the truck. Then he would take a water break and run the bike out of gas a second time.

That said, none of those guys weighed their food, had personal trainers, or the global evolution of what the body needs to kick a damn mudhole in competition.

We know a lot more now. We are fitter, faster, and stronger. Equally awe inspiring in all three categories. Nobody, including Bob Hannah, rode a dirt bike around a motocross track as many laps as Ricky Carmichael did. Nobody ever will.

Almost everything is relative. There was a time in our sport when riders could overcome the technology they were riding. That isn’t the case anymore. Hasn't been the case for quite some time. They can make a factory 450 so fast now that they de-tune the bikes for supercross. A lot. I contend this has raised the level of fitness and required skill of the riders.

The spike in technology has also aided the parody.

The “four-stroke generation” began in 1997, but it didn’t take over until 2005. It changed almost everything. The first ones were better, but the bikes you can buy today can almost accommodate what Chad Reed needs to beat James Stewart. Pretty damn close.

This was never the deal when two-stokes ruled the earth.

Transversely, the old timers had a lot of mechanical failures. But when you look at how Andrew Short, Ryan Dungey, and Justin Barcia failed to make it to the line in recent times, we still get stung. Has it gotten better? 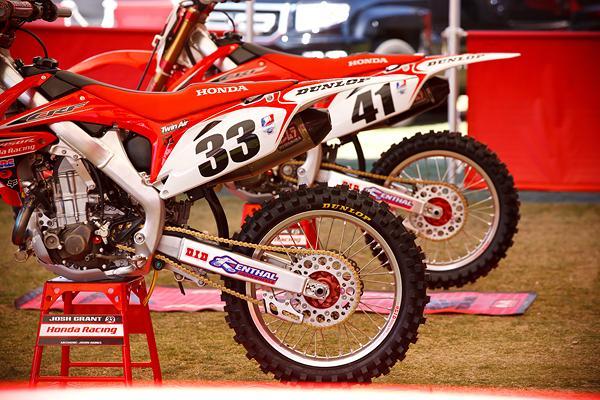 Bikes have changed a lot over the years.
Photo: Simon Cudby

I love old-school moto photos and what sticks out to me the most is the scene in the background. Faded banners and box vans set the backdrop. But it’s relative, and back then that was the nuts. What we saw then was straight pimp. Isn’t it funny? I remember the first time I walked up to Brian Swink's 1993 factory RM125 that was sitting at the back of Marshall Plumb's factory box van. It was "sano-fush" in every impossible detail. But it wasn't in the same solar system of what the kids get to see now.

Was it better, or cooler on the same scale? Yes, it is.

Take a look at the pit area of the outdoor nationals, and the supercross stadium parking lots. It is on par with any motorsport you see on live television. As for supercross? Wow. I never thought I would see the day that the “show” would be something people pay money to see merely for the fireworks and production. But they do, by the tens of thousands.

And it’s a good show.

In closing, I suppose my theme with this week’s column came from how cool my experience in meeting Mickey Boone was. It was just a random bench racing session that sparked what I wanted to write to you all about this time around. Well, some of it was kind of just thinking about how this season ended, and the year of most things we associate ourselves with. You know, SX, MX, X-Games, and MXoN. After that stuff has concluded, it’s time to start looking at what lies ahead.

Evolution lies ahead. The only two certainties of 2012 is that washed-up moto guys will meet at a bar to bench race, and that motocross is going to get bigger, faster and stronger.