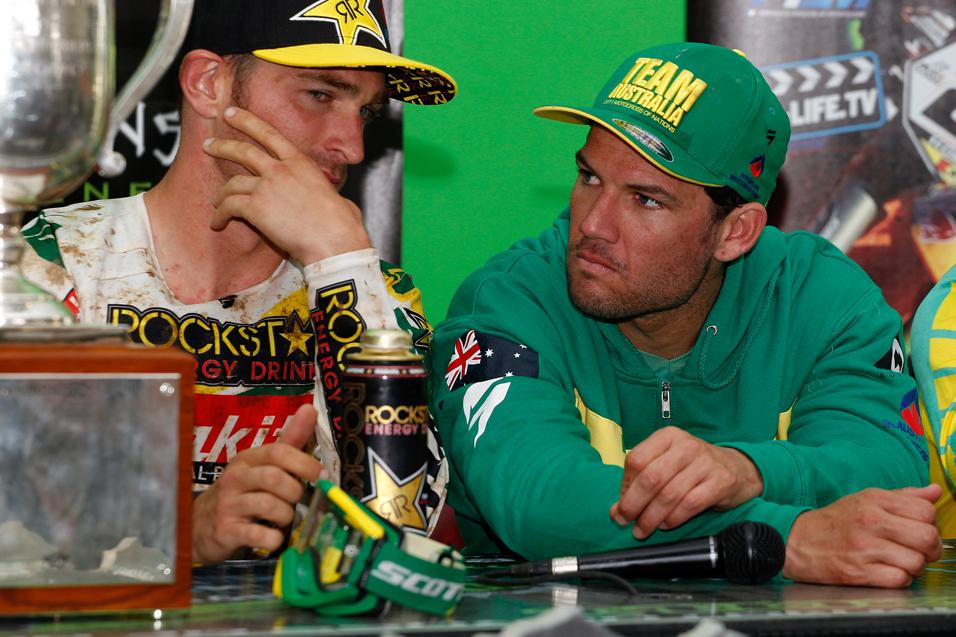 9. KUWAIT: ... Yes, the Fighting Sheiks, or the Big Drillers, or whatever they call themselves, beat the Canadians this time, but they had, like, a year's head start. Still, the Kuwaitis aren't going to win the Motocross of Nations until Yemen freezes over. 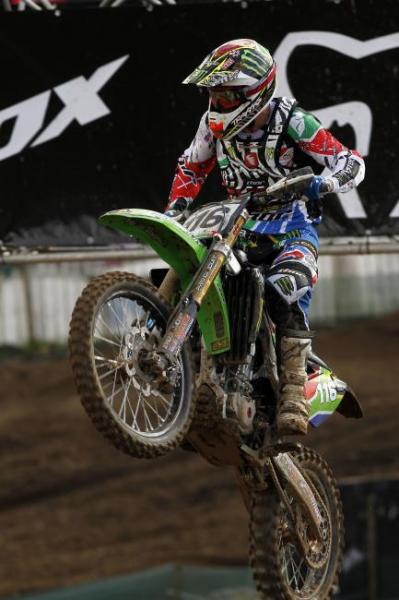 8. CHINA: Even with the full efforts of a billion fans, a million moto enthusiasts, and thousands of knock-off motorcycle manufacturers, it's doubtful that Team China will ever win the Motocross of Nations.... At least not until they buy Europe too.

7.  SOUTH AFRICA: We only list them here now because they are our dark-horse pick to win in the sands of Belgium next year. After all, both Tyla Rattray and Gareth Swanepoel won motos at Southwick, and they each got on the overall box. They are one more good rider away from going all Team USA '81 on the rest of the world.

6. RUSSIA: Okay, the old USSR, or Soviet Union, or even CCCP did win this race before with the likes Gennady Moiseev and Vladimir Kavinov, but now they are smaller, and they are Russia, and they have never won (unless you count the fact that Evgeny Bobryshev won the after-party). 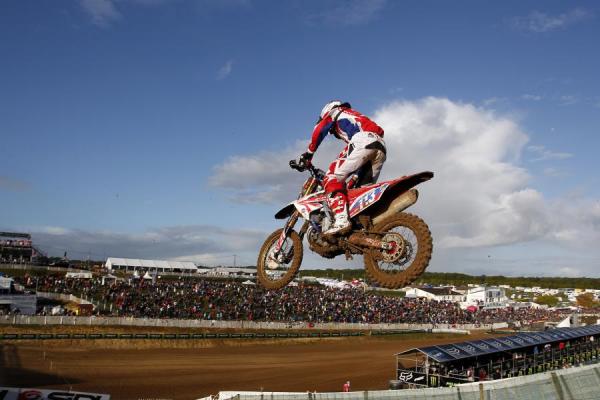 Bobryshev will need some help if Russia is ever going to take home a MXoN title.
Photo: Ray Archer

5. BAKERSFIELD, CALIFORNIA: Okay, technically not a stand-alone country, but after watching a full podium's worth of 51cc riders tear it up at Loretta Lynn's in August, with winning names like Stilez and Ryder, they could be the next El Cajon, and the eighties' team of Rick Johnson, Broc Glover, Ron Lechien and Scott Burnworth could have won this race all by themselves. Bakersfield in, say, 2021 is looking good right now.

4. SPAIN: If it were the Road Racing des Nations instead, they would have won this thing long ago. But as it is now, even with great year-round weather and lots of open land, they should be better than they have been, but they aren't. Sort of like Egypt. Or Cuba. Or Mexico.

3. MEXICO: They have had some very good riders over the years, including Pedro Gonzalez and Erick Vallejo, but there's just not a healthy atmosphere down there for doing anything without a bullet-proof vest on, and they don't seem to make Leatt braces that fit over those just yet. 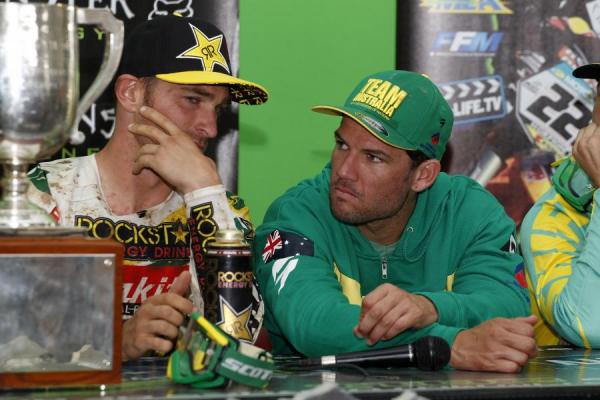 Tons of talent but has yet to win an overall. Will next year be Australia's time to shine?
Photo: Ray Archer

2. PUERTO RICO: Sure, they can bring in American mercenaries like Zach Osborne, Kyle Regal, Jimmy Albertson and Tommy Weeck, but they vowed to always place one "genui-rican" on the team, and the choices are pretty limited down there for a third rider who has actually been to Puerto Rico, let alone lives there.

1. AUSTRALIA: These guys are the best guys to never win the Motocross of Nations. Going all the way back to Craig Dack and Jeff Leisk, Michael Byrne and Craig Anderson, the Moss brothers, the late, great Andrew McFarlane, Brett Metcalfe, and more. [Confused non-fans of geography are probably also claiming Ben Townley, Josh Coppins, Darryl Hurley, Cody Cooper and others, but those boys are actually Kiwi, which is so totally different than Australia, it’s an entirely different country]. Of course there is last weekend's MX1 moto winner Chad Reed, who must be considered one of the top-five all-time best riders in AMA SX/MX history. The Aussies are not longshots to win in the Lommel sand in 2012--they are actually an early favorite. The veterans Reed and Metcalfe just need one good, steady Lites rider for the sand and they just might be off this list next September.