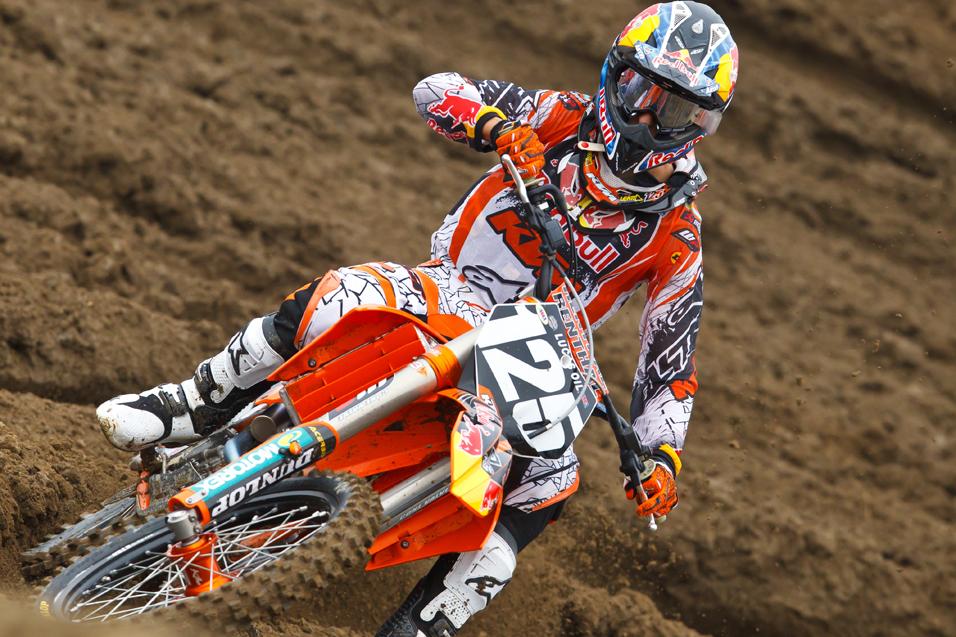 Advertisement | Advertise with Us
St. Jean d'Angely St. Jean d'Angely, France Motocross of Nations Motocross of Nations
It’s no longer a two-horse race at the top of the 250 class in AMA Pro Motocross. Okay, at the moment, it’s a one-horse race, with Pro Circuit Kawasakis dominating the entire summer. But beyond that team’s typical competition in GEICO Honda, other colors are rising through the ranks.

Over here, the DNA Shred Stix Star Racing Yamaha team made great inroads toward the podium. And GEICO certainly has the horses to run with Team PC again. But over in Europe, a powerhouse is rebuilding.

After a nightmarish season filled with injuries, Red Bull KTM’s Marvin Musquin improved rapidly in the final two rounds of the Lucas Oil AMA Pro Motocross Championship to log a pair of podium finishes. This weekend, he gets to go back home, finally, as France hosts the Motocross of Nations. 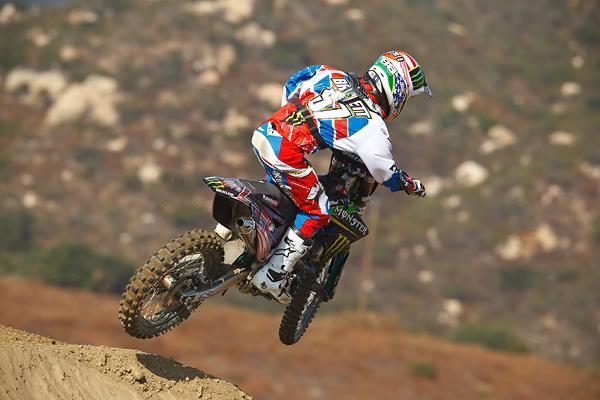 Baggett will be representing Team USA at the MXoN.
Photo: Simon Cudby

There, he will be flanked by young Red Bull Teka KTM teammate Ken Roczen, who jumped from Suzuki to KTM for this season, and has now taken Musquin’s place as the MX2 GP Champion. In Europe, KTM 250SX-Fs absolutely fly. Moreover, Roczen’s German team has lost their biggest 450 gun in Max Nagl to injury. Expect Roczen to get the good gate selections and run for a moto win.

Two of the Monster Energy Pro Circuit Kawasaki boys will be there, with both Blake Baggett and Dean Wilson representing in MX2 (Tyla Rattray is racing a 450 for South Africa, and for that matter, so is Star Racing’s Gareth Swanepoel. And Wilson’s inclusion to team Great Britain on a 250 means Tommy Searle, who ranked third in the MX2 class on a Pro Circuit KX250F, will have to ride a 450 at the MXoN as well).

Expect quite a showdown this weekend, with a collision course set between the brightest young talent in the sport, on the two most powerful teams on each continent.

(And for a statistical comparison between the teams, check out last week’s Motorex Bench Racing Ammo)