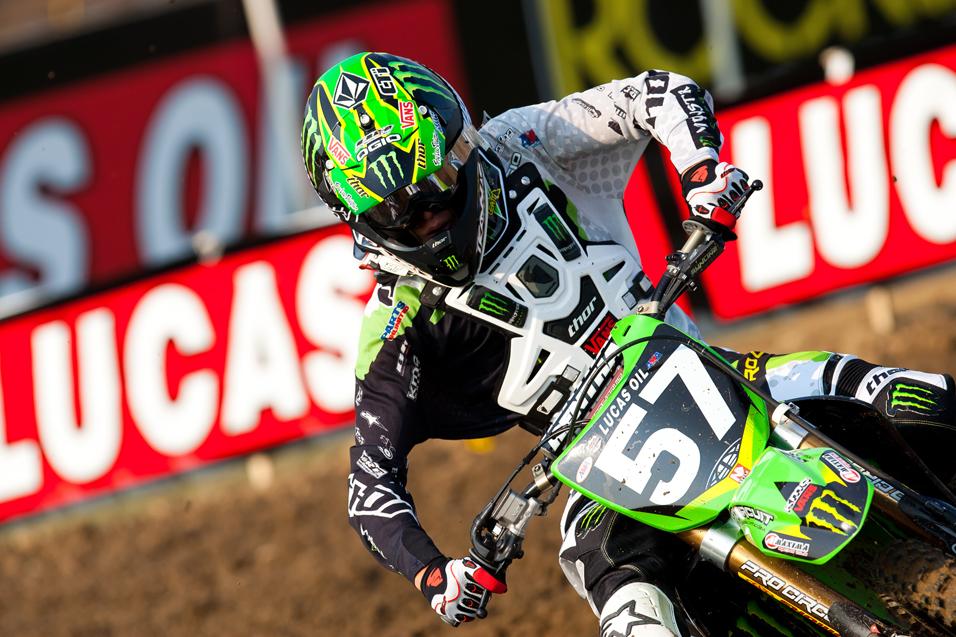 September 8, 2011 5:00pm
by: Steve Matthes
St. Jean d'Angely, France Motocross of Nations Motocross of Nations
There is a lot of work involved in getting a rider to the Motocross of Nations whether it be here on USA soil (three times in history) or over in Europe. The rules are slightly different for this race, and you don’t have your normal semi-trucks to work out of. You wouldn’t think it, but everything from air filter oil to zip-lock bags have to be thought of and accounted for before the machine is shipped over.

For more insight on this process, we chatted with Zach White of Monster Energy Pro Circuit Kawasaki to explain how the team gets ready to support three riders (Dean Wilson, Tyla Rattray and Blake Baggett) on three different teams in the same weekend.

Racer X: Thanks for doing this, can you talk about your teams involvement with the Motocross of Nations?
Zach White: Well we’re busy as usual. We have two guys on the 250F and those guys are Dean Wilson who will be riding for Team Great Britain and of course, Blake Baggett will be on Team USA. We also have one of our riders Tyla Rattray riding for South Africa but he’ll be on the 450 so we have to build him a bike as well.

The thing with Rattray is he’s on a 2012 450 so we had to completely build a new bike for Tyla as well as test on it. It was wide open to get these bikes ready for the race. We’re really building bikes from the ground up because we can’t use our real race bikes because the last national is only a week before. It definitely stretches us thin as far as parts and time for sure. 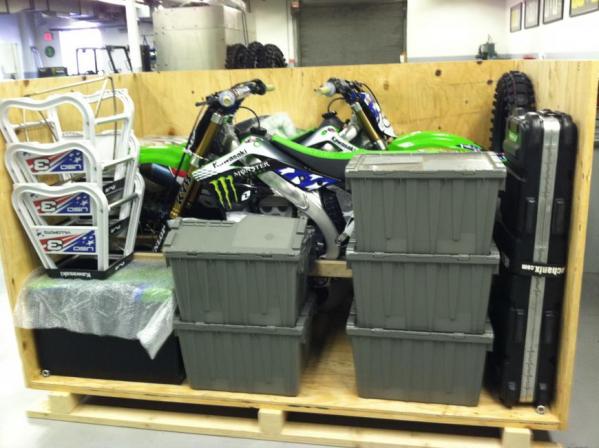 Getting ready for MXoN.

The team owner there Mitch Payton has always been behind his riders racing this event hasn’t he?
Oh for sure, no matter what country you’re from, we back the guys. We’re doing everything for Dean and Tyla that we do for Blake. Because of the FIM rules we’re able to do a few different things on the bike than we’re allowed to do over here, like run the carbon fiber subframe and airbox and a few things here and there. Then again we have to run steel axles and pivots and run a guard on the front sprocket, which we don’t have to do over here. And of course the sound rules are different. It’s a two-meter max but it’s different than what’s run here, a little stricter I suppose.

Was that a lot of work for you guys to meet sound?
It wasn’t bad, it was different than last year so we couldn’t run those. Because of the altitude in Lakewood, they changed some things. But now they hold the bike wide-open for a bit longer so that changes things. We help the CLS Kawi team over there in Europe so for the 250s, we know what works. For the 450s we had to work on that a little bit. We had to get that dialed in for him.

We’re also coming out with a new Pro Circuit Ti-5 end cap and the MXoN is the first race we’re going to run that. The pipes have been a bit of an issue for us no doubt about it.

And in the middle of all this, you guys are trying to win nationals and championships.
Yeah, it’s been tough for sure. With the different weather we’ve had lately, it’s been a challenge. Dean’s been in Florida and we’ve been shipping stuff back and forth to him.

Is everyone getting two bikes like usual?
No, we normally do that but this is the first year we’re not going to. Generally we used to do it because of the time they have for practice and qualifying but now you race no matter what for gate pick. It’s not that big of a deal as usual and with three guys going over, we’re cutting it back to one bike but we have plenty of spares for the guys.

It’s been a real team effort by everyone. Derek Bush has been here at the shop working on it because he hasn’t been going to the races. The other mechanics have been doing the MXoN stuff as well as their regular stuff. 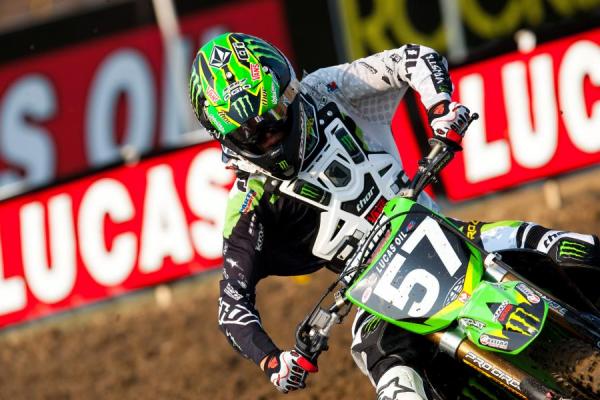 Baggett will be representing Pro Circuit and Team USA at the MXoN.
Photo: Andrew Fredrickson

You’re Mitch’s right hand man and have to deal with all these different countries and riders, must be tough for you.
It’s a different schedule for sure and the language barriers make it tougher, as well. It’s a real challenge for us to make it work but it’s fun. When they run the event over here in the USA, it’s not as much fun. I have to work on the chemicals as well, we have to figure out what’s different over there than what we have here. Fuel, air filters, everything is part of the equation. For that aspect, it’s easier with the fuel because we used to have to test for fuel.

Obviously you want Team USA to win but if Baggett and Wilson are going at it hard, I suppose you’re just hoping that they don’t take each other out and may the best man win?
Yeah, I want USA to win, it’s hard to root for another country. Last year we were ready to support Wilson and Pourcel and it was different [Team USA didn’t feature any Pro Circuit riders in 2010]. It’s a little different when you’re not working for Team USA. You want to see good racing and the riders racing their best with no problems. I guess I’d like to see Rattray get second in 450’s, Wilson get a holeshot and end up second in the 250’s with Baggett winning! (Laughs)