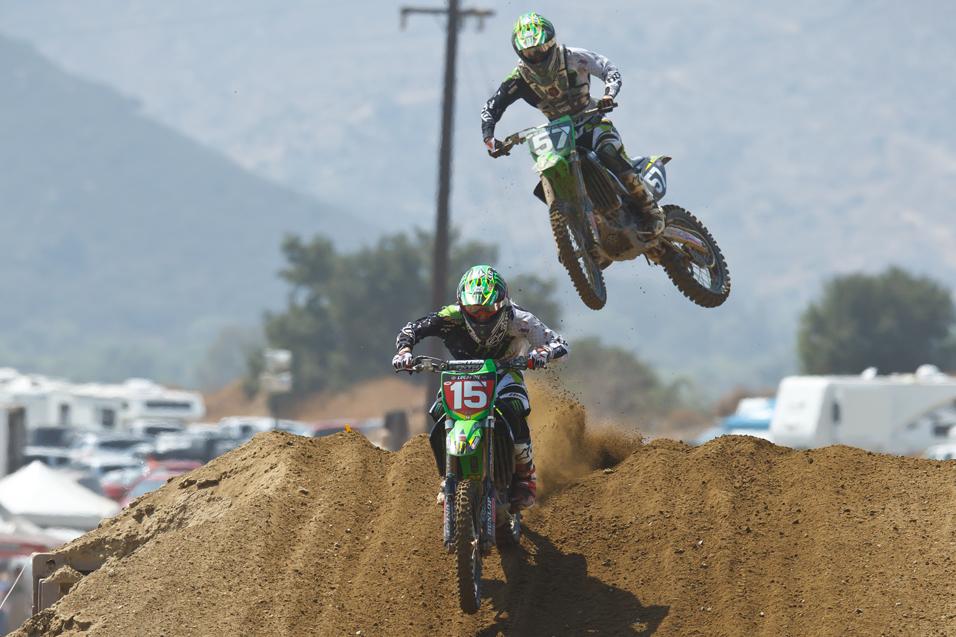 Advertisement | Advertise with Us
Monster Energy Pro Circuit Kawasaki completed the first perfect season for a team in the history of the 250 (formerly the 125 or Lites) class. The trio of Dean Wilson, Tyla Rattray, and Blake Baggett took all 12 overall wins, and each held the points lead at different points during the season. Amazingly, such competition within the team never resulted in tension, as all three managed to avoid controversy with each other until the title was decided.

Then it broke loose at Pala! Wilson scored the first-moto win, and Blake Baggett finished a close second. After the moto, Baggett had some words for Wilson, who Baggett claimed cross-jumped him while trying to hold onto the lead. Then Baggett unloaded his emotions for the FUEL TV cameras after the moto, saying that Wilson “was literally going to kill someone” if he kept cross jumping like that. 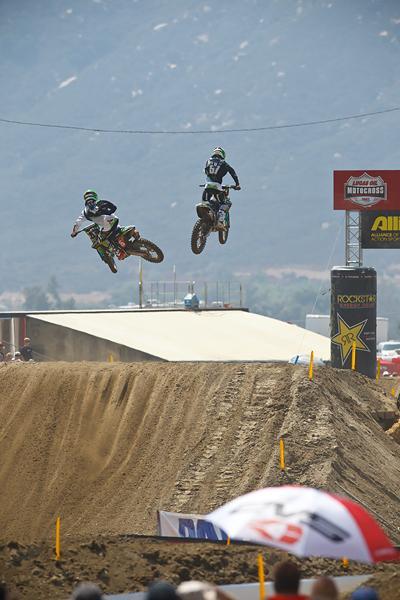 Wilson and Baggett engaged in a heated battle during the first moto at Pala.
Photo: Simon Cudby

But in the midst of finally seeing a ripple in the normally calm Pro Circuit waters, we also saw why the team is usually able to avoid such controversy. Team owner Mitch Payton ordered all three riders to hop on the team cart and go to the pits—together. Then he held a quick closed-door meeting with Baggett and Wilson. When they emerged, the controversy was over.

Ben Townley, who rode for Payton’s team in 2006 and 2007, was on hand and explained how he and Ryan Villopoto once dueled tooth-and-nail for the ’07 250 MX Crown, but never had a problem. “Because Mitch doesn’t put up with that crap,” explained Townley.

Indeed, there were no further troubles between Wilson and Baggett in the second moto, and when Baggett was asked about the first moto in the post-race press conference, he simply said, “No comment.”