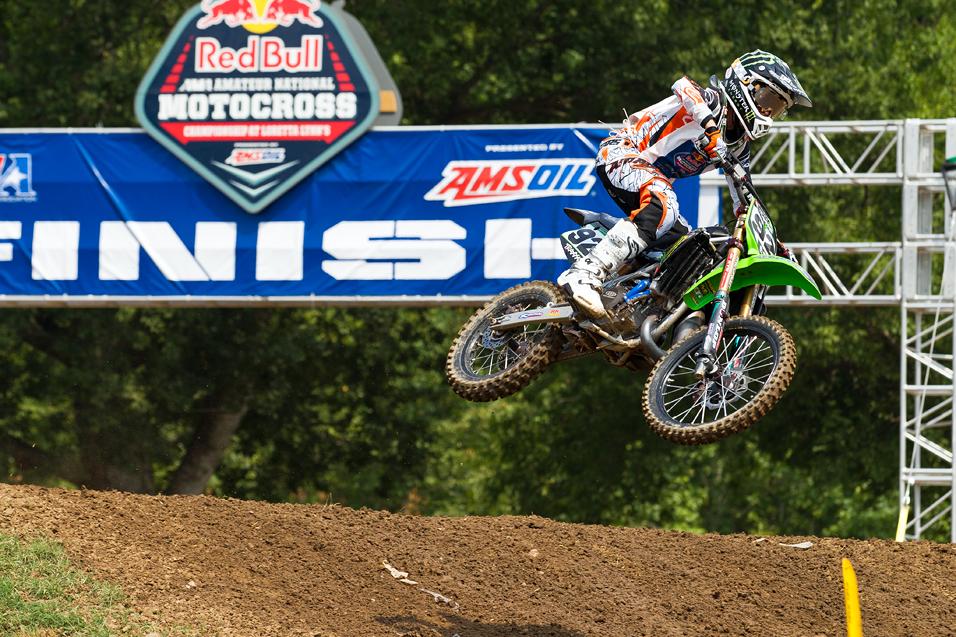 September 7, 2011 2:00pm
by: Jen Kenyon
“I wouldn’t expect to see racing, battling, who won this or who won that, or even who got on the podium. What you’re going to see are parents who will do anything for their children”

The Red Bull AMA Amateur Motocross National Championship celebrated thirty years of tradition at Loretta Lynn’s Ranch this past August—a milestone in motocross history and an indication of amateur motocross’ elevated status in the sport. And while rising stars like Adam Cianciarulo (and Dean Wilson and Justin Bogle before him) help put amateur motocross on the map, it’s the other 1,396 racers who really tell the story of what it means to be a part of the most prestigious amateur motocross event in the world.

Troy Adamitis, the man behind The Great Outdoors and The Moto: Inside the Outdoors, is putting the final touches on The Heart of Motocross, his crew’s newest documentary about Loretta Lynn’s 2011. The show airs on Versus this Sunday at 4:30 p.m., following The Road to Loretta’s: The Finale, arguably the most compelling hour of race coverage on television.

Racer X: What’s up, Troy?
Troy Adamitis: Not much, just working hard to get the show to tape so we can send it to Versus for Sunday’s airdate.

What can people expect from The Heart of Motocross?
The show that we did is kind of about the family. It’s not about who won, it’s about what it took to get there and why the family puts themselves through this crazy life of travel and expenses and the fear of their child getting hurt or injured. Nowadays with the internet and people being able to check results so quickly, I think who won the race is becoming less of a story for us to tell and it’s more about why and who these people are and why they do what they do. I knew going in that it wasn’t going to be about who got on the podium or who the top riders were—this show was going to be about what families are going to be able to help us tell the story we want to tell. So given that, we did follow a couple of the top guys, but for the main part we hit people that were way on the back side of the pits whose goal in life was just to get here to this race. The Heart of Motocross allowed us to tell that story through the amateur families, and we really enjoy it. 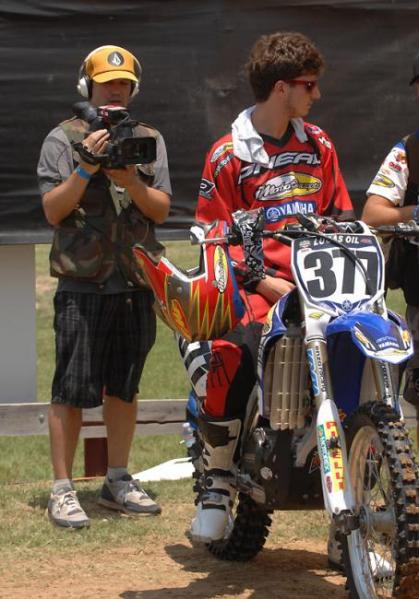 Adamitis, the man behind The Great Outdoors and The Moto: Inside the Outdoors, is putting the final touches on The Heart of Motocross.
Photo: Carl Stone

This was your first time at Loretta’s. What did you think?
I can’t really talk about it in general. It had to be approached as a subject, almost. We had to start rolling as soon as we walked in and just kind of discover what it is as we got there. I could never really sit back and think or let it soak in and enjoy the process. I just can’t believe it’s been going on for thirty years and this is the first time that I’ve been there. The whole thing has always seemed like a place that I would never go to. I just never thought the opportunity would arise to go and film this stuff. We basically filmed the process of us learning what Loretta Lynn’s was and what it means, because up to that point it was all just hearsay.

You’ve done quite a bit of work with the pro motocross racers. How did you get involved?
My first introduction to motocross was when I was put on assignment to film Jeremy McGrath in the sand dunes in Glamis. I was just a film student at the time, and I didn’t know anything about motocross. After I shot that, I was blown away. After that, I started making videos like Wrath Child for Fox Racing and then I did some movies for No Fear as well. Freestyle kind of got to a point where you can only do much with it, and then I got turned on to racing. That’s when I decided I wanted to do a movie on the racers and make it more of a documentary. I wanted to do it on the outdoor motocross series because there wasn’t really anything like that at the time, so we went and did The Great Outdoors documentary, and ten years later we’re still doing them. This is the third season of The Moto: Inside the Outdoors, and that really shows the audience that the riders are real characters with real problems. There’s so much on the line every year for these guys, and we feel compelled to do the show and Fuel TV has provided us the outlet and the riders have been on board and allowed us the time to do it, and it’s just been great.

What’s different about the amateur side of racing?
The core of it isn’t really that different at all. Whether they’re 5 years old, 4 years old, or a 21-year-old pro, everyone kind of has the same story and everyone has the same passion—meaning that they all sacrifice so much and it’s all race-to-race. Every racer has that same mentality. I think the difference in amateur is that the families have to be so involved. It’s more of the sacrifice in getting there rather than who won, so a place like Loretta Lynn’s was just like working with a younger pro—but times ten, because the parents are still so invested in the sport. But as far as the people, they’re all the same people whether they’re pro or amateur. They all just want to compete and win. They just want to be the best. 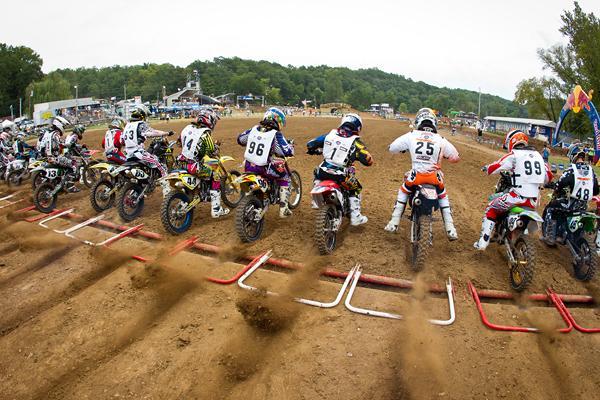 The Heart of Motocross debuts on Versus this Sunday at 4:30 p.m.
Photo: Garth Milan

Were you surprised by anything at Loretta’s?
I wasn’t really surprised, because I was prepared for anything. I was really afraid of this project because you work with people like the Alessi family and the Carmichaels and you know they got that good for a reason. So you know coming into the amateur national it’s going to be as raw as ever and as intense as ever because these people are learning at an early age, and in order to be that Ricky Carmichael, you have to do what he did. I was surprised by the number of families that wanted to use this as an opportunity to show their friends and families why they miss every birthday, why they miss every holiday, and why they’re not at the local football games every weekend. I was surprised because I felt like most of the families almost felt like that was what bothered them the most, the fact that they couldn’t be at those functions that normal people get to do.

If you could sum up your experience from Loretta Lynn’s in one short phrase, what would it be?
I think the title says it all: it truly is the heart of motocross.