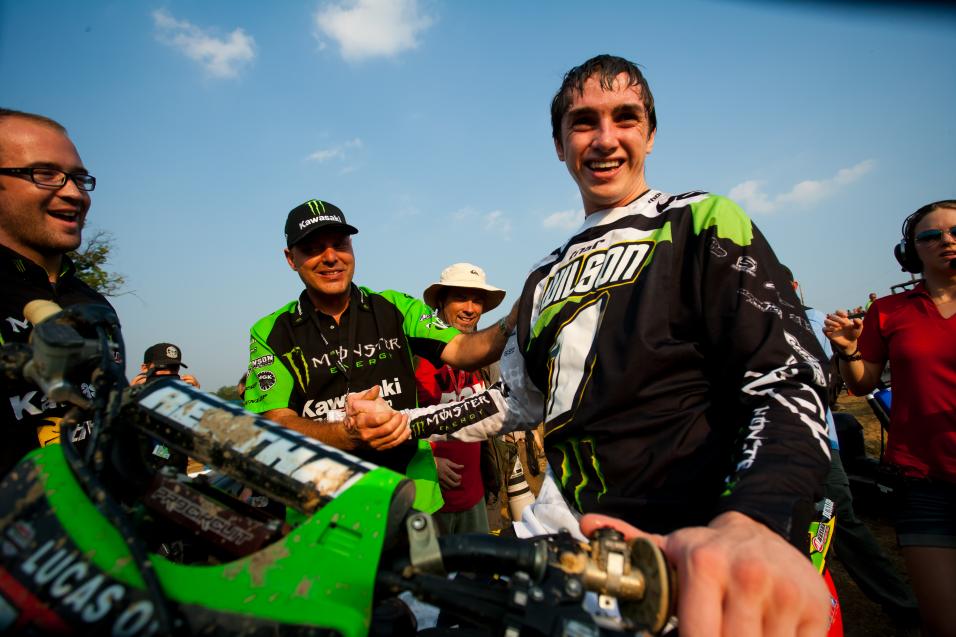 10 Things We Learned at Steel City

10. TOMAC IS BACK(ER): Eli has been back since Unadilla, when he scored a podium. But he was even better here, even passing and leading for a few laps. So that means he's even more back! Time is running out for someone to prevent a perfect season for the Pro Circuit boys. Eli could be the one to do it.

9. MARV ATTACKS: And Marvin Musquin is back, too. The Frenchman was moments away from leading the first moto at round two in Texas when Justin Barcia's bike nailed him in the hand (and helmet). This put his rookie U.S. season on hold, and since his return at Washougal, he has clearly not been quite 100 percent. Steel City's 3-3 performance, finally, gave us a glimpse of what he can do. 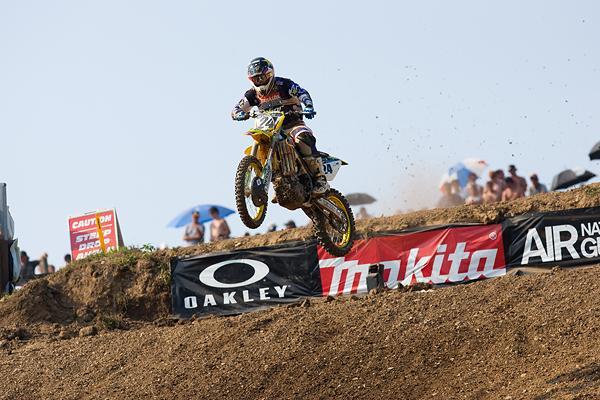 8. UPSIDE DOWN, DOWN UNDER: Brett Metcalfe is surging just as Chad Reed is struggling, and hence the Rockstar Makita Suzuki rider edging the TwoTwo Motorsports Bel-Ray Racing Honda man for third overall at Steel City. As always, Metty's best results come from simply fighting hard right to the end of the year.

7. BOGLE'S SPEED IS REAL: We've seen new kids come in and blow it up for their first national. Adrenaline and a lack of pressure makes for a perfect cocktail for a kid who is too young to actually drink a cocktail. The next set of races gives you a better understanding of where they really stand, and Justin Bogle has only gotten faster since Unadilla. He doesn't have 30 plus two yet, but once he does, look out.

6. CHUPACABRA HAS GONE MISSING: Yes, Blake Baggett is still at the races and logging decent finishes, but this is not the El Chupacabra who terrorized the field with come-from-behind charges early in the year. We're not sure what has changed, but, even more puzzling, neither does Blake. 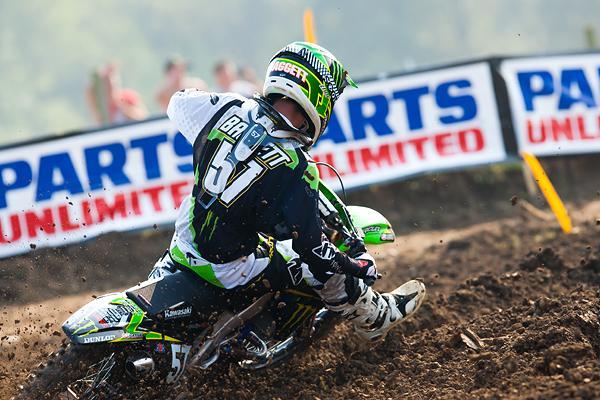 Baggett has fallen off his early season form the past couple of weeks.
Photo: Andrew Fredrickson

5. PETERS, PLOUFFE DEBUT: Kyle Peters and Chris Plouffe made their pro debuts this weekend at Steel City for DNA Shred Stix Star Racing Yamaha and JDR J-Star KTM respectfully. Both riders were solid but not spectacular in their maiden voyage, with Peters finishing 20th and Plouffe finishing one position better in 19th. With the first race nerves now on the backburner, expect these two young guns to come out swinging at Pala.

4. TICKLE’S BAD LUCK CONTINUES: Monster Energy Pro Circuit  Kawasaki’s Broc Tickle has been the on the wrong end of the stick since winning his first career SX title this past May. Steel City proved no different as Tickle had to bow out of moto one with bike problems only to rebound with a fifth in moto two. Consistency has been a problem with Tickle this outdoor season and with a trip to the 450 class looming, he wants to end his stint in the 250 class on a good note at Pala.

3. WILSON CAN WIN: We all sound silly now after all of that, "Can Wilson get a win" talk early in the year. His 1-1 dominance at Steel City looked much like his 1-1 at Unadilla, and helped him lock up what was once a very closely fought championship. Dean, sorry to doubt you! 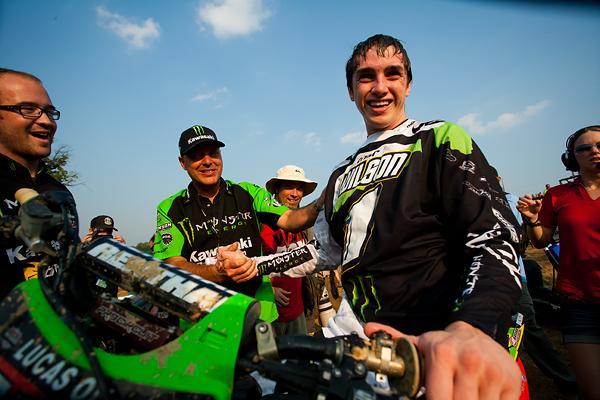 2. HAVE FUN, WILL TITLE: And Wilson's championship secret? More fun. He went down to Chad Reed's house in Florida and put in the work, but the Sunshine State also brightened up his outlook. Wilson learned the difference between putting in the work, and putting in too much work, and as soon as his old smile came back, the wins and points came with it. And when asked what has allowed his pro career to blossom, Dean quickly pointed out that some kids actually work too hard!

1. RELENTLESS RYAN: Making a last lap pass against your championship rival? That's the kind of stuff you don't get from testing or training. You can't teach it. It's a product of pure desire, and there's no doubt how much of that Ryan Villopoto has. Does this mean he'll get the title, too?