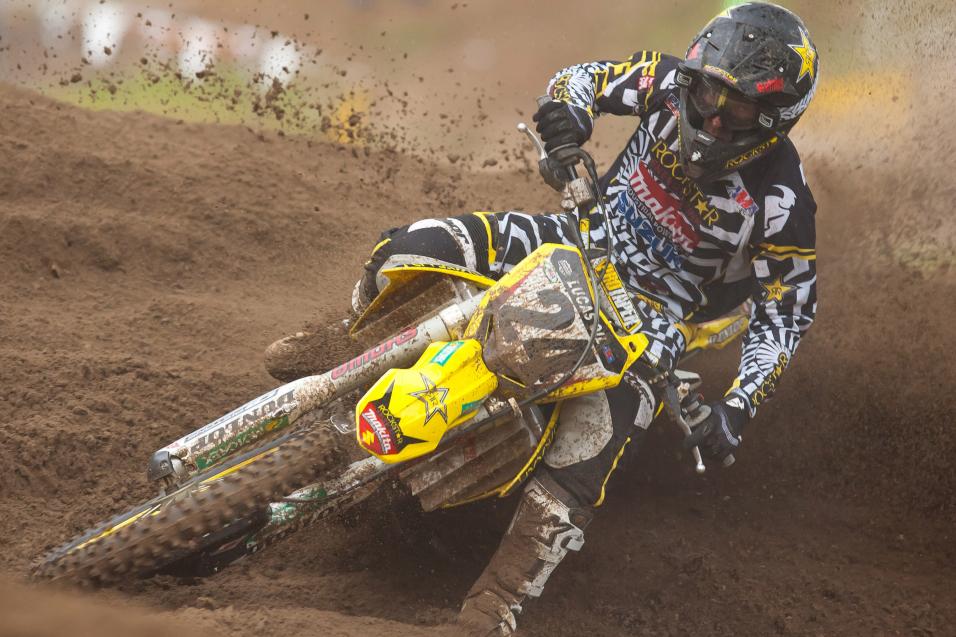 September 1, 2011 2:30pm
by: Jason Weigandt
Steel City Raceway Delmont, PA Steel City Raceway Lucas Oil AMA Pro Motocross Championship
With Brett Metcalfe’s win at Southwick, Team Rockstar Makita Suzuki has now won races with two riders this year. Is this a rare feat? We jumped into the AMA record book to find out. Here’s a list of the years and teams that have collected wins with multiple riders over the last 20 years: 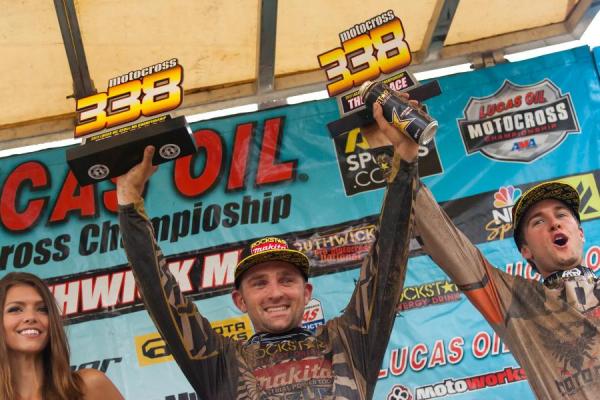 By the way, this list doesn’t include same brand/different team wins, such as Kevin Windham and Ricky Carmichael winning on Hondas for different teams in 2003, or Jeremy McGrath winning on a Chapparal Yamaha in 1998.

Impressively, you’ll see Suzuki not only pulled off the double win feat this year, but they’re also the last team to accomplish it via their 2009 success. Quite a run as of late for the RM-Z450!