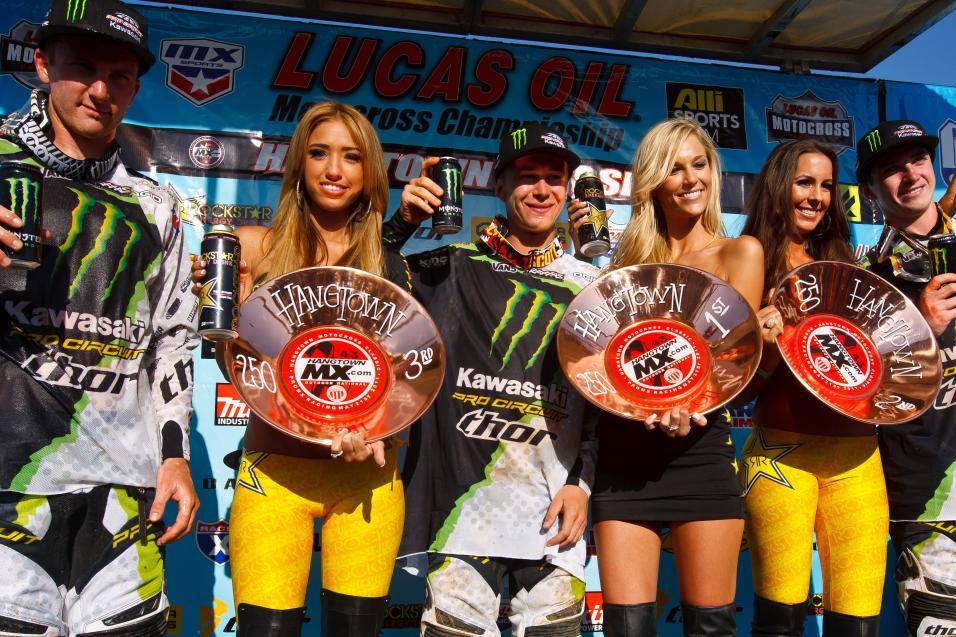 Until last weekend, the team had won every single moto all season long, and, they have still taken all 10 overall wins. This 1-2-3 performance is clearly the most dominant run by a brand in the history of this class, and we have the stats to prove it. 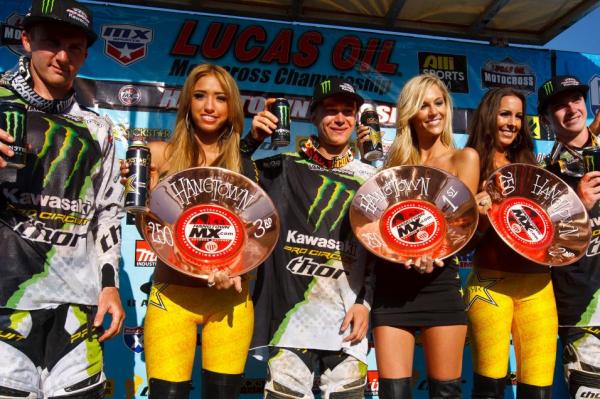 Rattray, Baggett, and Wilson already have the top three spots locked up in the 250 Class.
Photo: Simon Cudby

Only one other time in the history of the class has a brand swept the top three spots in points, and even then, things were different. The year was 1974, the first year in which the AMA hosted a 125 National Championship. As such a new class, most manufacturers didn’t compete. Honda rolled out a bike effort behind its 125 Elisinore, and they swept the top three spots in the standings with Marty Smith, Bruce McDougal and Chuck Bower. The competition? Well, it consisted only of Yamaha rider Tim Hart, Can-Am’s Jimmy Ellis and Husqvarna’s Nils-Arne Nilsson. There were no factory riders in that class from Kawasaki or Suzuki or Maico or CZ or Bultaco.

So Honda swept the points, but they only won two of the four rounds courtesy of Smith. Hart and Ellis took the others.

That’s it. A four-round series. Otherwise, no other manufacturer has ever swept the top three in points, and the fact that this year’s Kawasaki squad is doing it against a stacked lineup in a 12-round tour makes the feat seem nearly impossible.

And yet, they’ve already pulled it off.