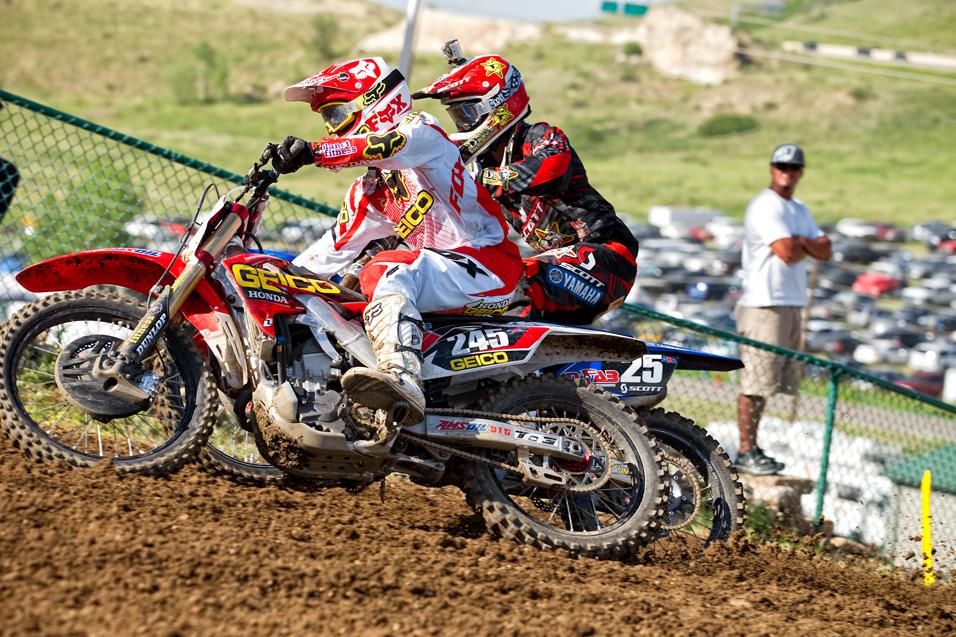 Grab a good start in a Lucas Oil AMA Pro Motocross Championship moto, and it’s like jumping on a treadmill set to full max. If you get a good start, you better have your running legs underneath you, or you’re going to get thrown off the back.

Lance Vincent is riding as a replacement for the injured GEICO Powersports Honda stars Blake Wharton and Wil Hahn, and the original replacement, Jimmy Decotis. Vincent has been with the team since round two at Freestone, but he’s been waiting for his chance to shine. In the second moto at Thunder Valley in Colorado, he got the start, so he had his chance. The treadmill was set to max, and Lance started running. 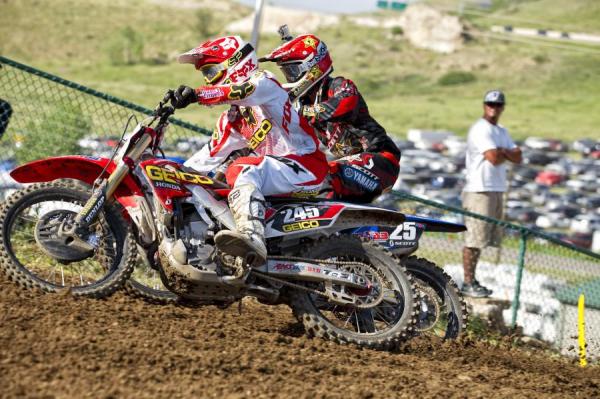 Vincent showed he could run the pace at Thunder Valley as he battled with Wilson and Sipes.
Photo: Garth Milan

He didn’t get thrown off the back. Instead, he engaged Dean Wilson and Ryan Sipes in five laps of battle, passing back and forth in a fight for second place. Each time one of them made a pass on Lance, he fought back and passed them back. This was his moment to shine, and he did. Unfortunately, his run came to a premature end due to mechanical problems, and the results show Vincent finishing a lowly 36th in the race.

But for a rider like Vincent, the results are not all the matter. Vincent had his moment to show he could run the pace, and he did, and as a rookie, nothing matters more than showing you have the potential to go fast.