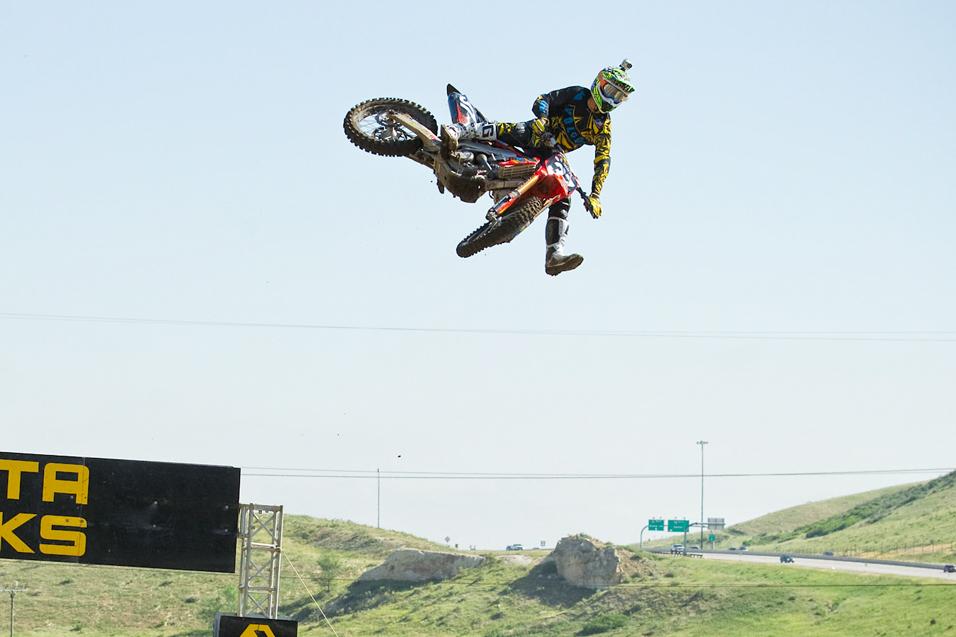 At the kingpin Pro Circuit, the riders continue to fight over wins and the red plate like dogs fighting over a bone. One rider retakes the points lead with a 2-2 second overall, another reestablishes himself as the ever-steady man to beat with an off-day but solid 5-5 for fifth, and a third wins his third overall in five tries with an extremely convincing 1-1 perfect score. Right now, El Chupacabra looks to have the sharpest teeth. Even if someone in Corona needs to convince Blake Baggett that RedBud is really round seven.

But how much more press can we give the Monster-backed and monster-like PC squad? 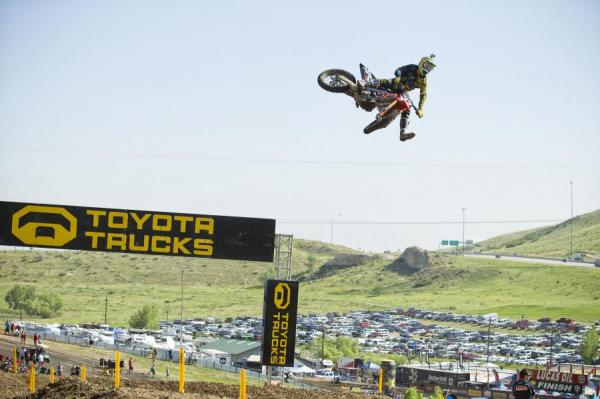 At the other end of the spectrum – and the pits – is the upstart, Eleven 10Mods. Darryn Durham puts two full motos together, yard-sale free, and cards a 4-6 for fourth overall. And Alex Martin steps up with a second top 10 overall finish for the shoestring effort.

Somewhere in the middle, but still looking for its first week on top, is perennial challenger Factory Connection. Last season the GEICO team wrestled the number-one plate from Pro Circuit hands, and it all started with Trey Canard – then some 57 points down in the title chase – catching fire with a 3-2 finish for second at Thunder Valley. Eli Tomac nearly equaled that feat with a 3-3 third overall, and with the home state favorite getting on the box and staying in the points hunt… albeit still a distant 38 points from the lead.

In the end, the kingpin did what it could be expected to do, sweeping the top two podium steps and keeping the points lead firmly in hand. The challenger might be doing what it hopes to do, setting itself up for a late season run at the title. And the upstart, Eleven 10Mods, did what it needed to do – proving once again and moreover that it is the little engine – engine team, that is – that could.