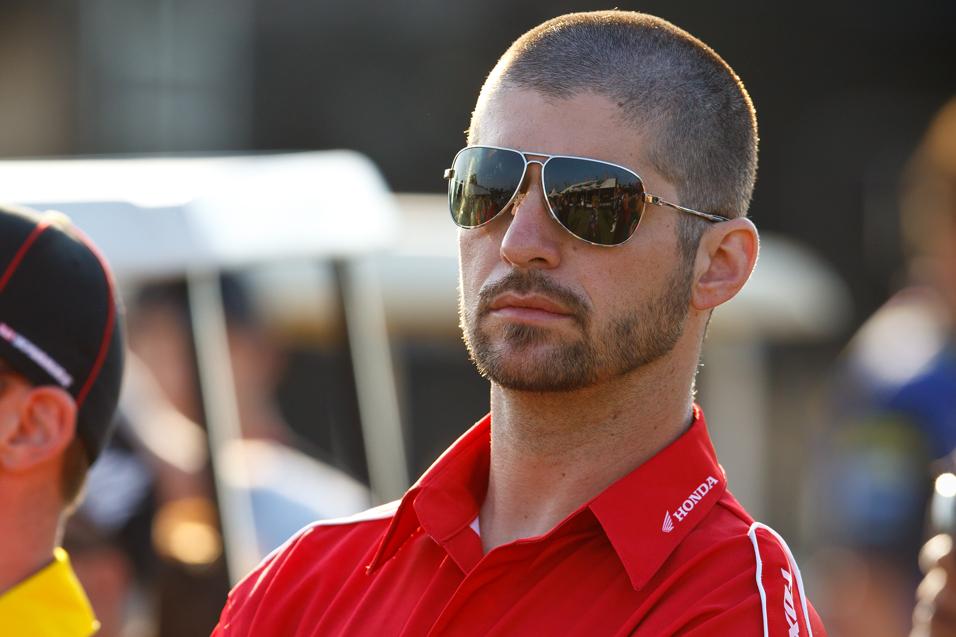 10 Things to Watch For at Budds Creek

10. WINDHAM'S PARTING SHOT: Kevin Windham will step out of the series after this round as Team Honda regulars Josh Grant and Trey Canard cycle back in after injuries. Windham's won here before -- does anyone remember the 1999 250cc U.S. Grand Prix? How cool would it be if the veteran went out with a bang?

9. JOSH GRANT RETURNS: Been a tough year and a half for Josh Grant, who will return from ACL surgery at Budds. His career needs a boost, and fast, but JG is just the type of rider to come from out of nowhere and run up front.

8. FASTEST TIMES: Budds Creek has a slightly off-cambered 180-degree hairpin-left first turn. So starting on the far inside is a bonus. That should have the guys trying extra hard in practice to lay down some very fast laps and grab that coveted inside spot. 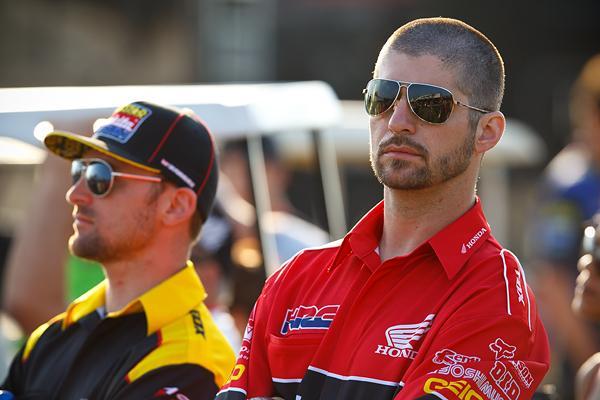 Windham will step out of the series after Budds Creek.
Photo: Simon Cudby

7. GEICO HQ:  While the podium has been mostly painted green this summer in the 250 class, keep an eye on the red riders this time as Budds Creek is the closest race to the Factory Connection Racing team's title sponsor, GEICO Insurance. The brass from GEICO (maybe even the gecko) will be coming out to watch their team, so look for a little added motivation from Eli Tomac and friends.

6. BARCIA'S CONDITIONING: Unfortunately for that GEICO team, it turns out Justin Barcia not only has a bum wrist, but mono to boot. He plans on still riding, but how long he lasts will be the question. He took it easy all week in the hopes of being ready to go 30+2, twice.

5. RED PLATE EXCHANGE:  So far the red plate for the 250 Class has resided entirely in the Monster Energy/Pro Circuit Kawasaki pits, but it's changed hands three different times! Blake Baggett, Dean Wilson and now Tyla Rattray have all held it, but they are just a handful of points apart. Will it switch hands again? Remember, this is where Wilson won his first-ever national last summer. 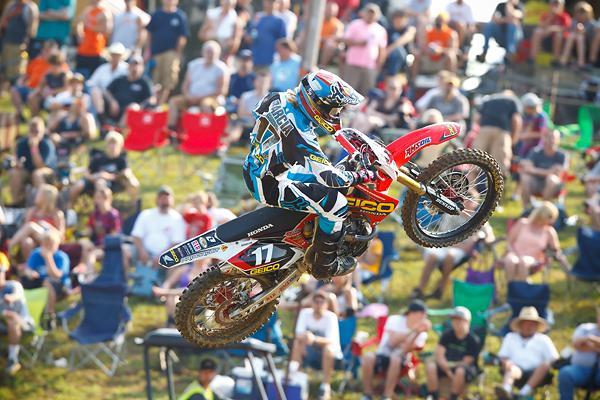 Barcia now has to battle a bum wrist and mono.
Photo: Simon Cudby

4. PRIVATEER PAYDAY: This will be the fifth consecutive year that the Southern Maryland Dirt Riders Club hands out their privateer award in memory of longtime privateer Kevin Crine. Kevin was a beloved Budds Creek local rider who passed away in an automobile accident in 2006. In his honor, the SMDRC raises and awards $2,000 to a deserving privateer in each class.

3. BAGGETT'S BAD MEMORIES: Last year's Budds Creek National brings back bad memories for Blake Baggett. He was fresh off his career-best national finish of a fourth overall at High Point when the series headed to Maryland. Blake was looking to carry his momentum into Budds, but a nasty get-off resulted in a broken arm and a premature end to what was beginning to look like a promising season. Can he rebound at Budds Creek 2011? 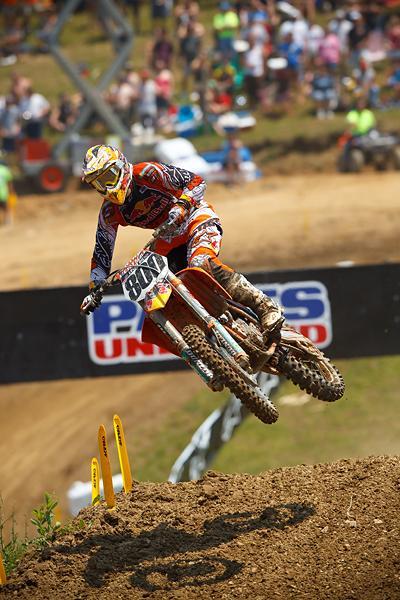 Can Alessi stand atop the podium?
Photo: Simon Cudby

2. THE SECOND TIER: Chad Reed won round one. Ryan Dungey, for all practical purposes, had round two won. And Ryan Villopoto won round three. Is anyone else in the 450 field capable of snagging a win from this gang? Millsaps, Alessi, Metcalfe, Weimer and others sure hope so.

1. VILLOPOTO'S STREAK: He may be from Washington and own houses and tracks in California and Florida, but for some reason this piece of real estate in Maryland seems to jive best with Ryan Villopoto's riding style. He's never lost a moto at the track, including his amazing 2007 Motocross of Nations domination. But with such high expectations comes a high risk if he comes up short of a win--anyone who can beat RV here will feel like they can beat him anywhere.