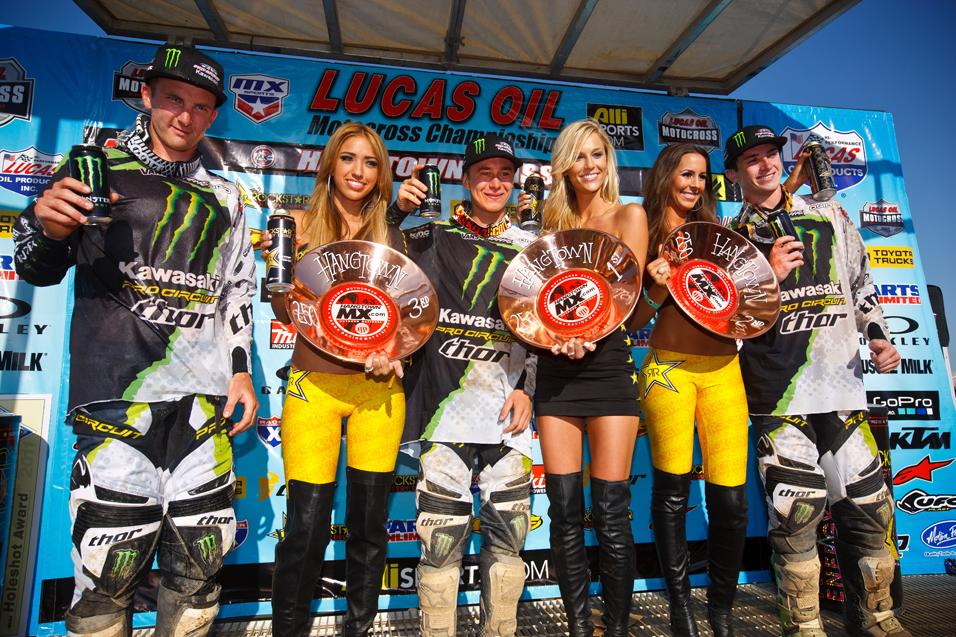 Twenty years, 200 plus wins and a slew of championships later, and the Pro Circuit race team (today called Monster Energy Pro Circuit Kawasaki) has proven itself as quite possibly the most successful squad in this sport’s history. In fact, quite often the only competition for this team is the team itself, as we’ve seen championship battles rage on between PC ‘mates plenty of times, such as the season-long 2007 Lites duel between Ryan Villopoto and Ben Townley. 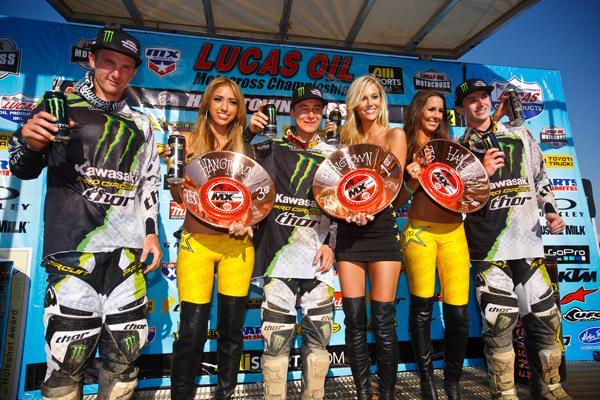 Rattray, Baggett and Wilson have all had their hands on the red plate this season.
Photo: Simon Cudby

But the team may have topped itself this time. For the first time in the history of the Pro Circuit squad, the team has had three different riders hold the points lead in the 250 class through the first three rounds. That’s Blake Baggett at round one, Dean Wilson after round two, and now Tyla Rattray after round three.

As far as we can tell, that’s a first in American motocross or supercross. Even the powerhouse Team Honda squads of the 1980s and 1990s didn’t put three different riders into the lead at the first three rounds of the season. So yes, this is a first. Something the Pro Circuit folks know a whole lot about.