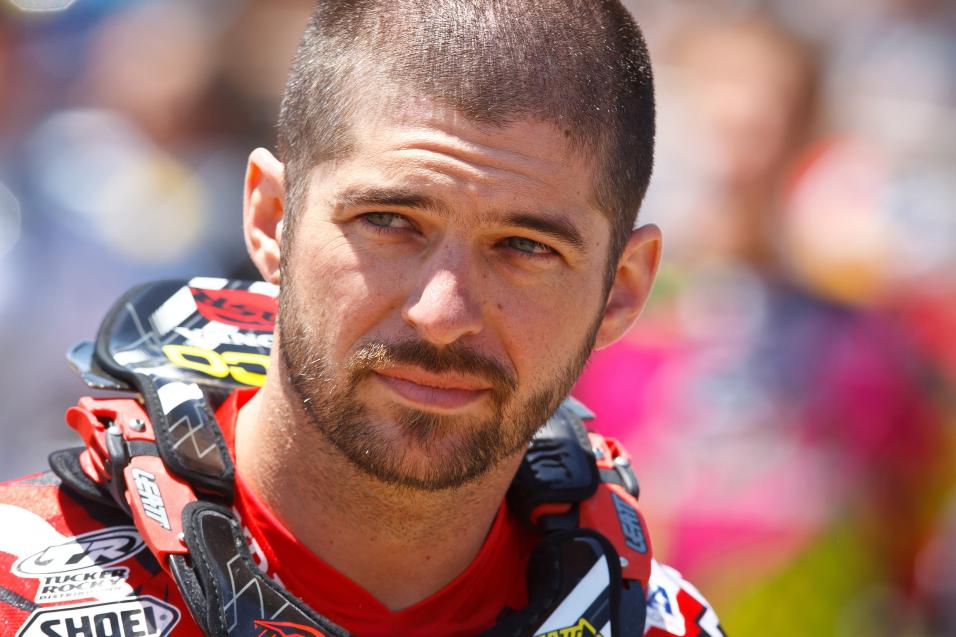 10 Things We Saw at Hangtown

May 25, 2011 7:15pm
by: Jason Weigandt
Hangtown Motocross Classic Rancho Cordova, CA Hangtown Motocross Classic Lucas Oil AMA Pro Motocross Championship
10. The Rough Stuff: No chance to slowly break back into outdoor mode here, folks. This race was classic outdoor rough, with massive chop, ruts, holes, and bumps. Most riders considered this the roughest Hangtown ever, and by the end of the day, everyone was probably left wishing for something different, as in bike set up changes and changes to their training program. Rough tracks are rough enough. It’s even rougher when it’s this bad at round one!
9. Dungey the Defender: Took a long time for Ryan Dungey to get into victory lane with the number-one plate in supercross. It took only 30 minutes and two laps for him to do it in Lucas Oil AMA Pro Motocross. The Dunge owned moto one, and while Chad Reed outlasted him in moto two, it looks like a more ambitious start than last year at Hangtown, or his slower charge out of the gate in supercross. 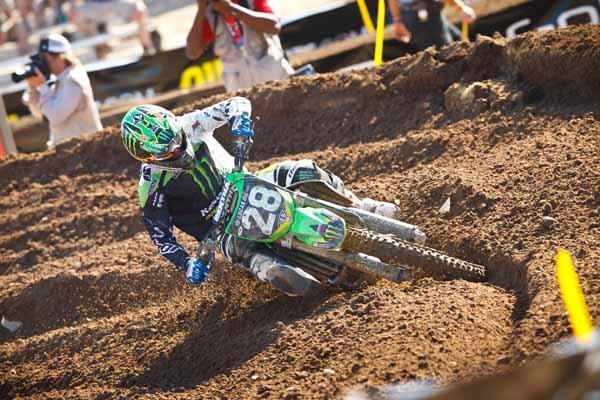 After a less than satisfying SX season, Rattray is ready to contend outdoors.
Photo: Simon Cudby

8. RV = EZ: Lots of predictions about Ryan Villopoto absolutely killing it at Hangtown. He has a supercross title under his belt, and he’s always been even better outdoors. And reports from the pre-season test tracks were nothing but positive. But that just didn’t materialize in Hangtown. Villopoto was under the weather and seemingly a little underprepared for his first motocross race in about two years. He took it easy, took his points, and will surley unleash the real stuff later.
7. Just 15 Minutes: GEICO can save you a whole bunch on car insurance in just a few ticks of the watch, and for a similar amount of time, GEICO Honda 250 riders Justin Barcia and Eli Tomac were looking good. Tomac led moto one, Barcia led moto two.
6. Deano and Ratters: Not quite the indoor season that Dean Wilson and Tyla Rattray wanted, but at Hangtown they immediately showed they’re genuine threats for this motocross title. Just like last year. 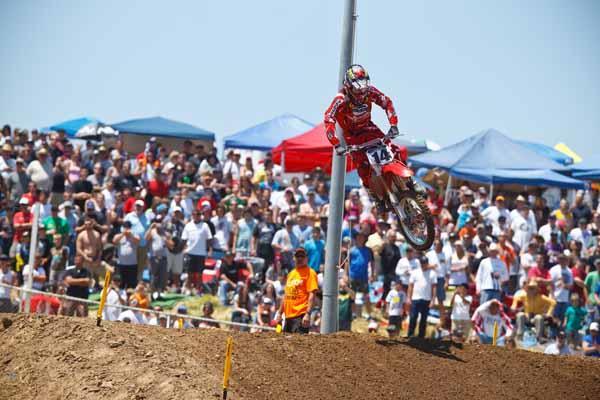 Windham is filling in quite nicely for Honda.
Photo: Simon Cudby

5. Marvin Can Pass: Two-time MX2 World Champ Marvin Musquin is here. Can he win? Not sure yet, but it does seem likely based on his amazing second moto ride, where he came from last to sixth. That’s 34 passes!
4. Ride Like the Windham: About that Honda replacement rider: Kevin Windham is still really fast! He had less time than anyone to prepare for this race after taking a digger at the supercross final two weeks ago, and only hopped on his outdoor bike for the first time on Thursday. But he ran the pace with the title favorites—Reed, Dungey and Villopoto—early in both motos. The fans (and Kevin himself) had one heck of a good time.
3. The Return of Chad the Champ: The 2010 Chad Reed won Hangtown, yeah, but the 2010 Chad Reed is gone. This is the 2011 Chad Reed, and he’s better than the 2010 Chad Reed, and says he feels like the 2009 Chad Reed. And that Chad Reed won this title. Reed says he’s not the kind of guy who can just pin it when he’s not comfortable outdoors. But he’s feeling comfortable now. And he’s pinning it. 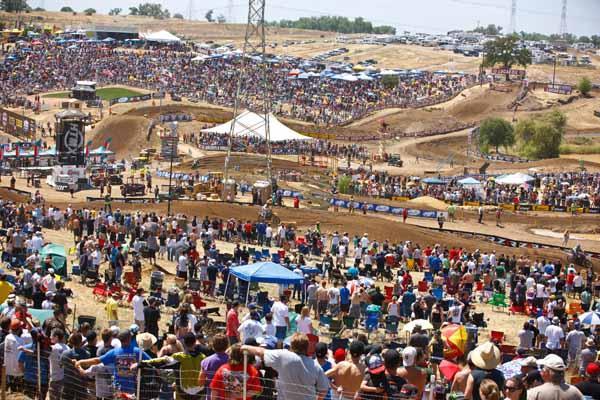 Over 22,000 showed up at Hangtown.
Photo: Simon Cudby
2. Meet Blake Baggett! You may not have noticed this kid too much during his rookie pro season last year. He was fast, but a bunch of mechanical problems jacked his results, and then he crashed out of round four and ended his season. He’s back this year with Monster Pro Circuit Kawasaki, so his bikes don’t break, and his speed is even better. Like, really, really better. Watch out for this kid.
1. Look at all the People: Massive, massive crowd at Hangtown. A good 22,000 or so. And they had great weather and great racing. Look for more of this all summer long.
Read Now
December 2020 Issue Now Available