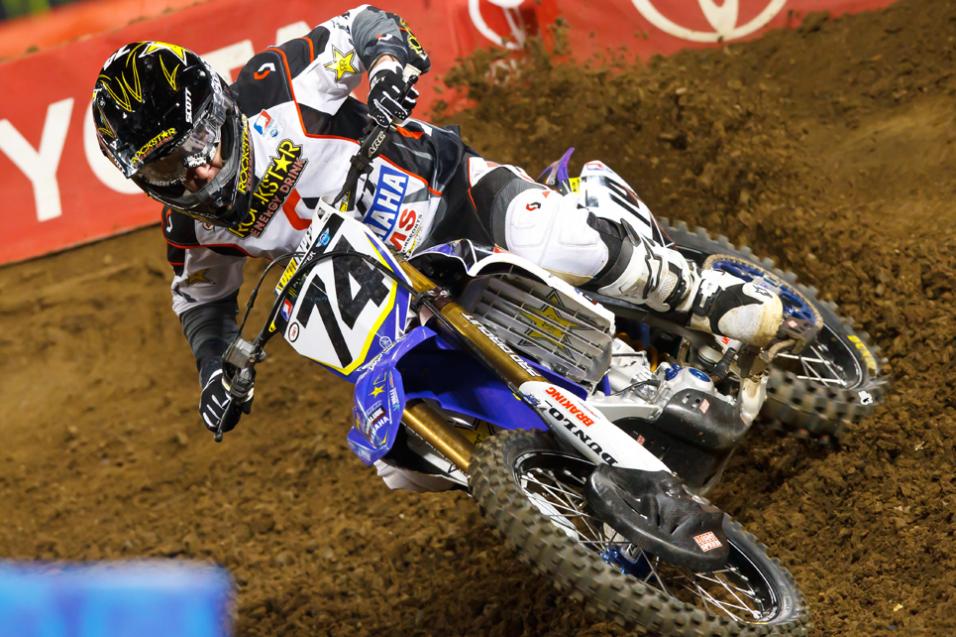 Advertisement | Advertise with Us
Jacksonville Municipal Stadium Jacksonville, FL Jacksonville Monster Energy AMA Supercross Championship
Jimmy Albertson – Knee
Comment: Albertson crashed on the third lap of his second qualifying session at Anaheim 1 and caught his leg under the bike. He underwent ACL surgery in late January but has just been released to walk. “The knee feels great and it makes me feel good that I spent the proper amount time on crutches because now I walk great with no limp,” Jimmy told us today. “I'm working very hard with my trainer Greg Direnzo to get back on the bike ASAP! I should be back on the bike sometime in May and look forward to racing the outdoors this summer on my Merge Racing, Trey Canard, Banco Basura, Honda. We may miss they first few races but we are just taking it day by day.”

Jeff Alessi – Foot
Comment: Jeff’s father, Tony, told us that Jeff had to get his foot operated on and the surgery on his foot became a seven-hour ordeal instead of a quick thirty-minute procedure. He has been rehabbing it and may be back for Seattle if all goes to plan.

Travis Baker – Finger
Comment: Healed up and preparing for Seattle. 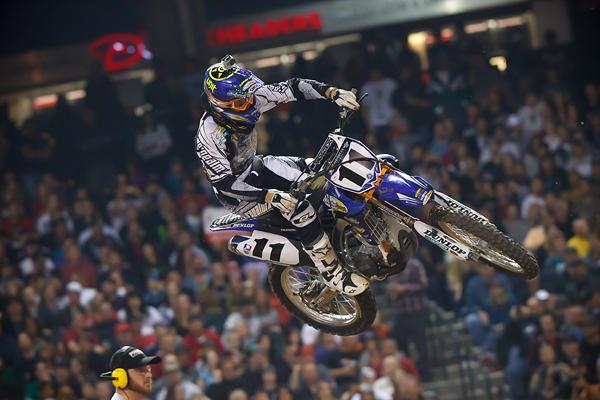 Chisholm is making progress and should be ready for outdoors.
Photo: Simon Cudby

Daniel Blair – Leg and Back
Comment: Fractured his femur, L4 and L5 vertebrae in a practice crash at Anaheim II. “Doing a lot better,” Daniel told us. “Femur is healing up good. My back is slowly improving. Looking to hopefully be back by X games if everything goes OK.”

Please visit the link to below to view a video from Daniel, where he explains his crash, his injuries and his future. http://vimeo.com/20306553. Also, a PayPal account has been set up to help Daniel and his family. If you are in a position to donate, please click here.

Kyle Chisholm – Ribs/Lungs
Comment: The MotoConcepts rider gave us this update: “I went to the doctor yesterday and got good news: my lung is close to all the way healed and I can increase my exercising and get my lung back in shape. So it looks like I can hopefully starting riding in four to six weeks which should give me plenty of time for outdoors because I’ll be working my butt off till then.”

Christian Craig – Knee
Comment: Tore the patella tendon from the bone and had surgery to reattach. He was recently released by his doctor and is preparing for Seattle.

Darryn Durham – Foot
Comment: Broke the race bike in this week in North Carolina and is in for this weekend’s supercross. 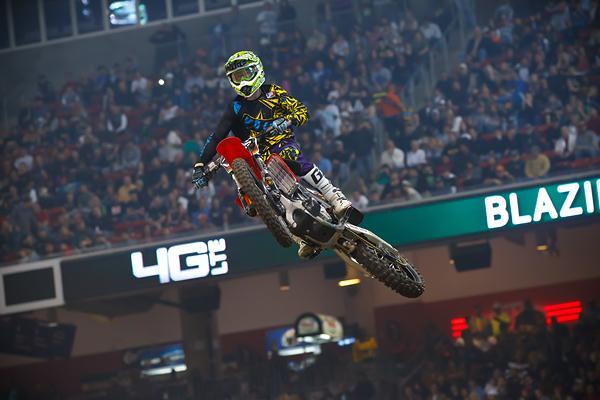 Durham returns to action this weekend after breaking his foot in Houston.
Photo: Simon Cudby

Tommy Hahn – Ribs
Comment: Bruised ribs and tore cartilage in his thoracic cage in a crash in Atlanta. According to his team manager, he’s still out for this weekend.

Wil Hahn – Back
Comment: Crashed during the first practice session at Anaheim 1 and landed on his back, which resulted in a compression fracture of his T-5 vertebra. He just started riding this past week but still no word on when he’ll be lining up behind a starting gate. Stroupe is set to return this weekend in Jacksonville.
Photo: Simon Cudby

Brett Metcalfe – Misc.
Comment: The combination of hard crashes in Atlanta and Daytona forced the Rockstar/Makita Suzuki pilot to the sidelines for Indy, and sources close to Metcalfe said he’s also out for Jacksonville.

Kyle Regal – Wrist
Comment: Injured his wrist while practicing in Florida the week prior to the Daytona Supercross. A medical evaluation revealed broken bones in his wrist, including the scaphoid bone, and it is expected that he’ll be out the remainder of the supercross season.

Austin Stroupe – Ankle
Comment: Recovered from a bruised ankle and according to his team manager he’s in for this weekend.

Gareth Swanepoel – Back
Comment: Was diagnosed with a compressed T 12 vertebra after he crashed in his qualifying heat in Houston. “At this moment the plan is to have him return for outdoors,” says team coordinator, Donovan Mitchell. “But there’s a slim chance he might race last few east rounds, not sure yet.”

Ian Trettel – Head
Comment: Ian crashed in practice at Daytona and suffered a head injury. According to a team press release issued last Thursday, the accident caused bleeding as well as swelling in his brain and both have been stabilized with medical and surgical interventions. This week his father said, ““Ian is making progress each day and we are becoming more and more confident that he will make a full recovery. He continues to give us signs to keep us hopeful.  It is difficult to make a prognosis right now because that is just how head injuries go.” You can help Ian and his family in recovery by donating to Road 2 Recovery right here: 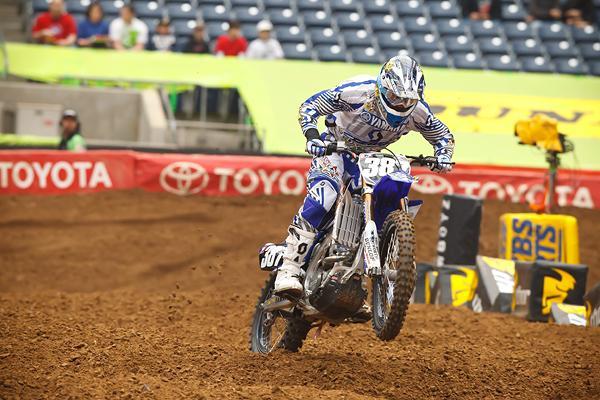 Swanepoel is out until outdoors.
Photo: Simon Cudby

We miss someone? Please drop us an email at letters@racerxonline.com.
Presented by:
Read Now
March 2021 Issue Now Available