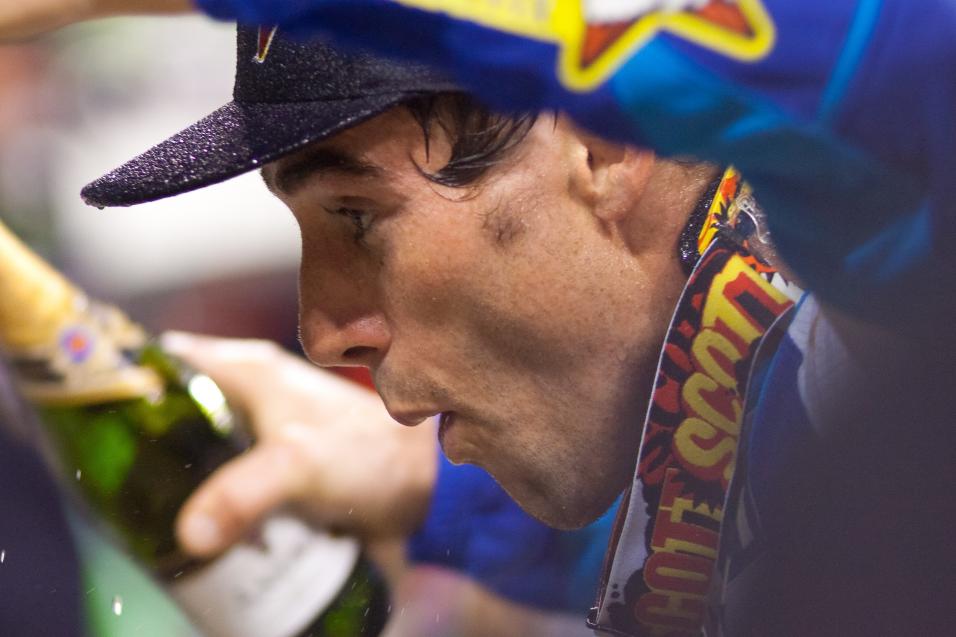 March 17, 2011 5:30pm
by: Andy Bowyer
Jacksonville Municipal Stadium Jacksonville, FL Jacksonville Monster Energy AMA Supercross Championship
Hello, everyone, and welcome to the Rev Up. Those of you who are the few and the proud know all too well the drama with the cross flags. If you have ever raced in an outdoor national and poured your guts into fifteen minutes of a 30+2 moto, well, then you know what it feel like to see the flagman hold up two flags over his head in the cross position. If you’re still feeling the fuel then it can be a blessing and can add fuel to your house of fire. Transversely, you haven’t been feelin' it, have arm pump, and for some reason your bike just feels foreign for a reason you can’t diagnose. Then, the cross flags are bad.

Such is the situation with the 2011 Monster Energy AMA Supercross, an FIM World Championship. The charge has been given the cross flags and no matter where you stand, you’re in the bed you made for yourself, good or bad, and now it’s time to see who has the salt. 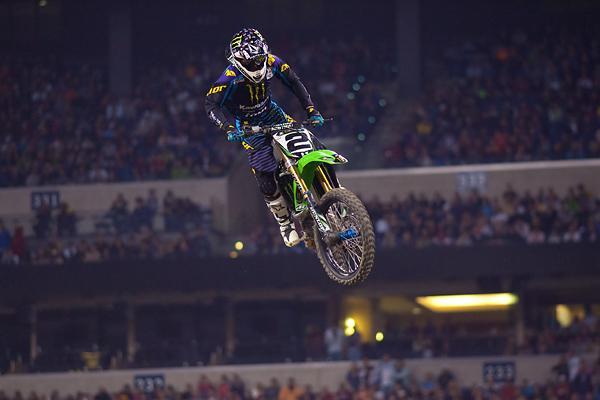 The championship is down to the wire.
Photo: Andrew Fredrickson

Yes, sir. It’s time to start talking about who is going to emerge from the smoke and stand atop the heap with both arms over their head. It’s a simple gesture, but carries an impact that every beating heart cannot argue. The winner. The man.

Now we’re going to take the championship to Jacksonville, Florida.

Ho, ho. Time to run, boys. Another weekend of supercross is here, and the recent history of the show should have everyone ready to see the unexpected. To see what is going to happen next.

AMA Supercross Lites East
You know, I don’t like tooting my own horn, so to speak. That said, I’ve been around “these parts” for a good little bit. When I tell you that I see a rider carrying the steam and is destined to burn their ass, I can say with no ego that I’ve hit on more than a few.

I hit on Blake Baggett. A few years ago I watched he and Justin Barcia throw down in a dust up at Loretta Lynn’s and he made me a believer. In said battle, he and Barcia came together—and depending on who’s side you are on—Barcia took Blake out. All chest bumping aside, this was the spark that lit the candle we see right now. 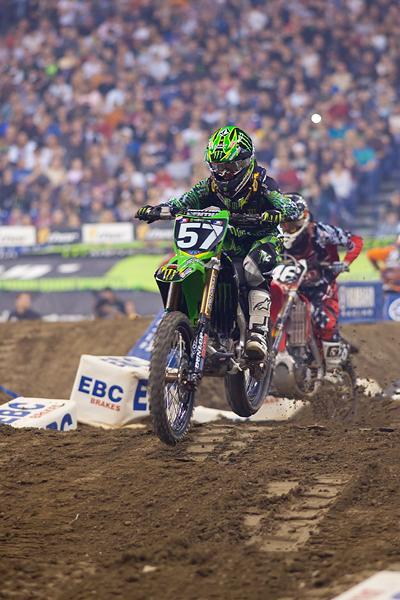 Baggett is right in the championship hunt.
Photo: Andrew Fredrickson

Take a step backward and ask yourself, Who is the man with these boys? My man, Blake, has been stretching the throttle cable on his Monster Energy/Pro Circuit KX250F. He blew the finish line section twice under heat, and then chucked it.

AMA Supercross
Simply put, who is going to throw a brick on the train tracks of the Ryan Villopoto express? A lot of noise is being enjoyed about the rivalry between two-time champions Chad Reed and James Stewart, but as the cards fall now...2011 has been RV Park-time.

Hey, man, Ryan came out wearing a towel with a hole cut in it, wearing black on black, with black shoes and no socks. For those of you under 30 years of age, that is how “Iron” Mike Tyson used to walk into the ring. No flair, no ego, just 100 percent ready to destroy whatever stood in his path. Why is Ryan winning? Watch the time he saves in the corners. Watch how hard he is on the gas on the backside of the jumps. THAT is how Ricky Carmichael beat Jeremy McGrath. That is why Ryan is dominating. He has a serious problem with wristlock. 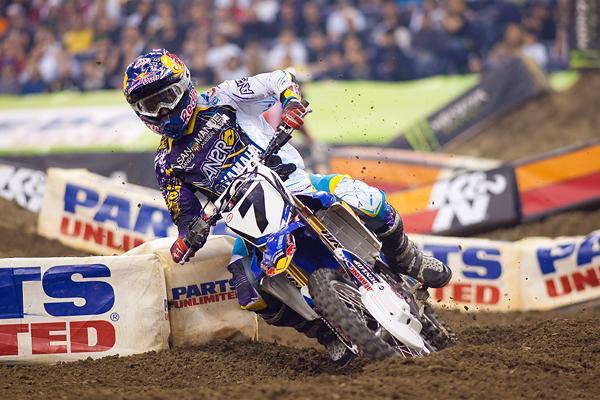 Is Stewart still in the hunt?
Photo: Andrew Fredrickson

That’s how you win in American Supercross. You hold it on longer and get back into the fuel earlier than anyone else. You murder the track and offer absolutely no mercy to yourself, the track, or anything in your way of the championship.

Right now, that’s what is on the line. There’s no mystery of what kind of artillery the enemy is holding. At the cross flags all you have is your guts and luck. As it always does, luck will be a factor.

Wow, my friends, there is so much more that has yet to go down! The championship is on the line. Who ya got?