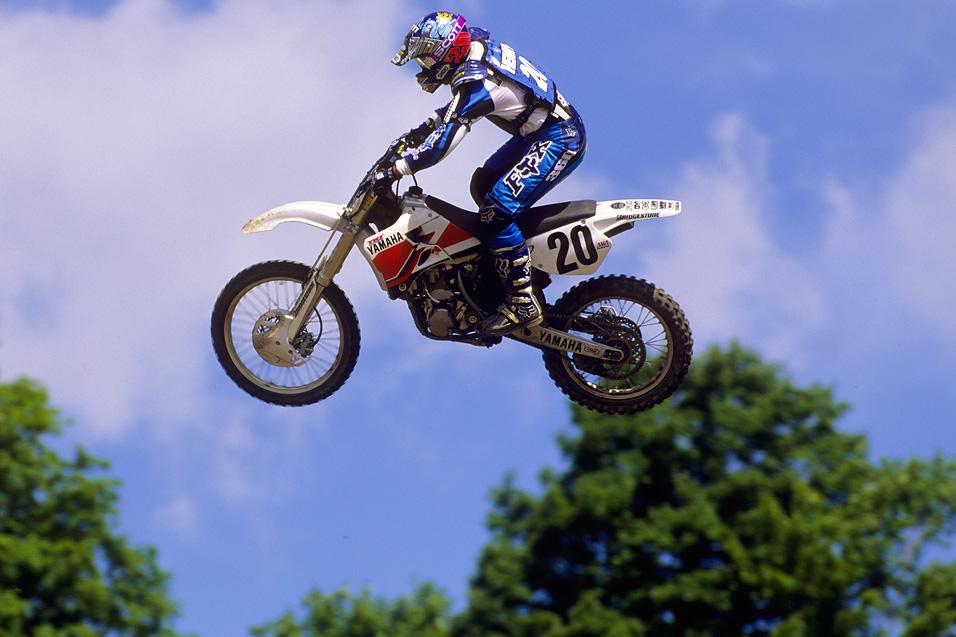 Henry is one of the nicest and friendliest in Motocross, and we found him in the Daytona Supercross paddock, and looking for Bevo and the Scott bus. As has been widely reported a few months ago, Doug and his family suffered a devastating fire at their home in Connecticut, and we wanted to check in to see how the rebuilding process was coming along for Doug and his family.

Racer X: Hey Doug, great to see you--clearly you know where the best food is in the pits! But I am guessing that you did not come all the way to Daytona just to eat Bevo’s Meatball sandwiches?
Doug Henry: {laughs} Well, no, I came down to Florida with a group of guys, we wanted to come down and get away from the winter and do some riding. So we have been down here going to different tracks and just hanging out, doing some riding at a bunch of different tracks. But Bevo’s food is always worth the trip!

I am sure everyone asks, but we are now four to five months since that terrible fire-- how are things going with the rebuilding process?
Well, actually there is not much rebuilding yet. Right now we have been working on insurance and our temporary housing.  It's actually kind of been a nightmare dealing with our insurance. Everyone said it was going to be hard, but at first it seemed like it was going to be easy, and things were smooth.  But now, its turned around and seems like it is going to be a lot more work than we hoped for. Basically, we paid our insurance policy for 11 or 12 years, and we lost everything. We were fully insured, but now we have to defend and explain everything that was insured and make sure every little thing is noted. Its just tough, but we will get through it. Plenty of people have been through it before, but its just hard dealing with all the details. 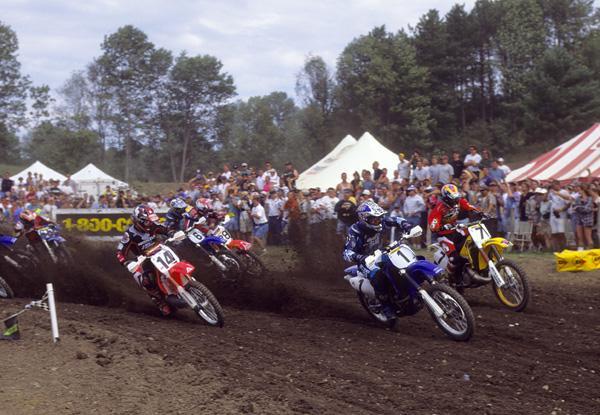 Henry grabbing the holeshot in 1999 at Broome-Tioga.
Photo: Paul Buckley/www.buckleyphotos.com

I have heard that the process of filing claims after fires is really tough, and wish you the best with that. Where are you guys living right now?
Well, right now we are living between two houses. We have a rental house, as well as an old farmhouse that we owned before the fire. But the farm house is too small for all of us, and the rental doesn’t allow for pets, and we have two dogs and two cats. So, we are just unsettled until we sort out the insurance, and basically just going between the two houses. But the kids are doing well, all things considered. Our daughter Brianna is a freshman and Ian is in the 7th grade.

How is Stacy doing? I know she was dealing with some cancer issues a number of years ago, but she managed to beat it, right?
She is doing well! She has been Cancer free now for four years, and 5 years is the milestone, if you go five years, then they say you are really cancer free. So we just need one more year, and we can move past that one.

Doug, I saw you come walking into the Scott bus here on your crutches, and the steps getting in are super steep and short. You seem to be getting around really well. What is the extent of your back injury, and how much have you recovered?
Well, basically, I Plateaued with nerve feeling coming back, as far as my progression goes. I worked on the injury for two years with the rehab, and I felt like I made good progress. But with all the hours that I spent trying to get my legs to work, I started to feel like I was missing out on other things.  So I got to a point where I just said I would deal with what I have. There was only so much I could do, and I didn’t want to spend too much more time and not get the results that I was hoping for, because they say that you get the most back in the first year. But time is going by – and now I am riding, snowmobiling, and am up on my braces, so I am good with that.  If they come up with something that could change it, I would go for it, but for now I am ok with what I have and can make it work. 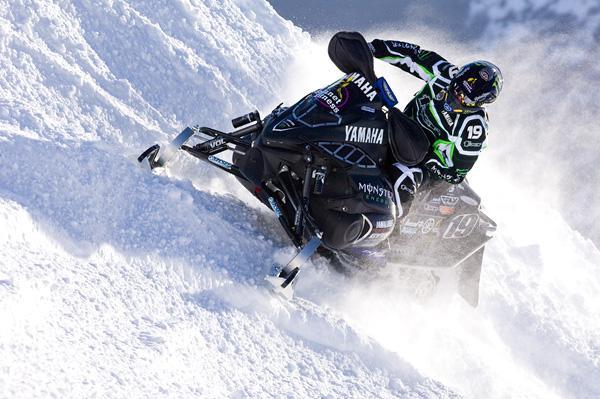 Are you up on your braces all the time or do you still use a chair?
I use both. For me, I have the choice of being in a chair or up on leg braces. If you are in a chair, you are disabled, but you can get around. But when you are on braces, you are even more disadvantage – because I can't work as well as I can when I am in a chair. I am much more stable in the chair and can move quicker and with more stability. I have not given up the chair, as I can get more done with that, but leg braces are great for events and being around people. So, if I am just hanging around chatting or at an event, I prefer the braces, as I am at peoples eye level and talk to someone. If I am just hanging around, the braces are fine.

So, I use straight leg braces, which are called HKAFO’s, if anyone knows what that means. My legs are locked in the straight position and I unlock them to sit down. I use the forearm crutches, which gives me balance and stability. I have way more balance on the forearm crutches because I can feel a lot more with my hands. I can stay up for about two to three hours on the braces and without any big issues.

So how is the riding going for you? I have seen a number of videos of you and your special bike. I am not sure what to call it – maybe the “Cage Bike”?
{Laughs} Yea you can call it that – but it is working out great! I have been working on it nonstop, and we have got it working really well. I have had a few falls with it, and knock on wood, everything worked just exactly as planned. I have had some friends over who are in chairs as well, and they took it out and it worked good for them as well. I would like to build a fleet of them, but that’s going to be hard because they are really expensive to make. The other thing is that you can’t ride on your own though, you need someone else around. Being disabled, you want to be able to, but the time, help and preparation involved can be frustrating at times.

I understand you are helping out a local racer, Marisa Markilon,
Yea, I am. She is local racer from Connecticut. I feel that she is right where I was when I was between my privateer ride and my factory ride. She is really fast and has a great attitude. She has done the major work to get to her current level, and we will just work on some of the final little stuff that she needs. She doesn’t have a ride yet this year, and I want to try to help out as much as possible. I want to get her to become a little more consistent and see if we can get her a ride for all the WMX races. Its running late into the season and looks tough on that end. She wins just about everything up in New England and I just want to help her in whatever way I can to get to that next level.

So what’s next for you?  Are you headed home after this race?
Well, we are headed home from here, and might stop at Jimmy Weinerts track, but I want to get back home and see the family. I might do another snowcross event out in Wisconsin, but I am not sure yet.  If I do that, that is my focus. 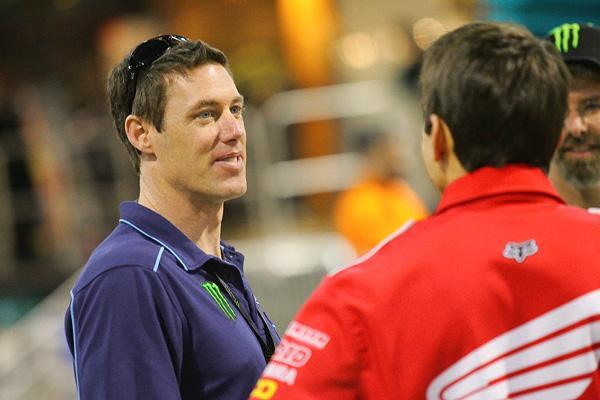 One last question – everyone always wants to know if there is anything they can do to help with the fire. I know its been a while now, but is there anything that you guys can use right now?
We are good. The biggest loss for Stacy and I were pictures and video of the kids.  If anyone has any video or pictures of the kids, from the races, or wherever, that would be awesome.  We lost all of that history from when they were little. I am not so sentimental about my stuff, but this is important to us.

(editors note: send them to nick@mxsports.com and we will direct you to the right channel).

Well thanks for chatting Doug, safe travels and be well.
Thanks!