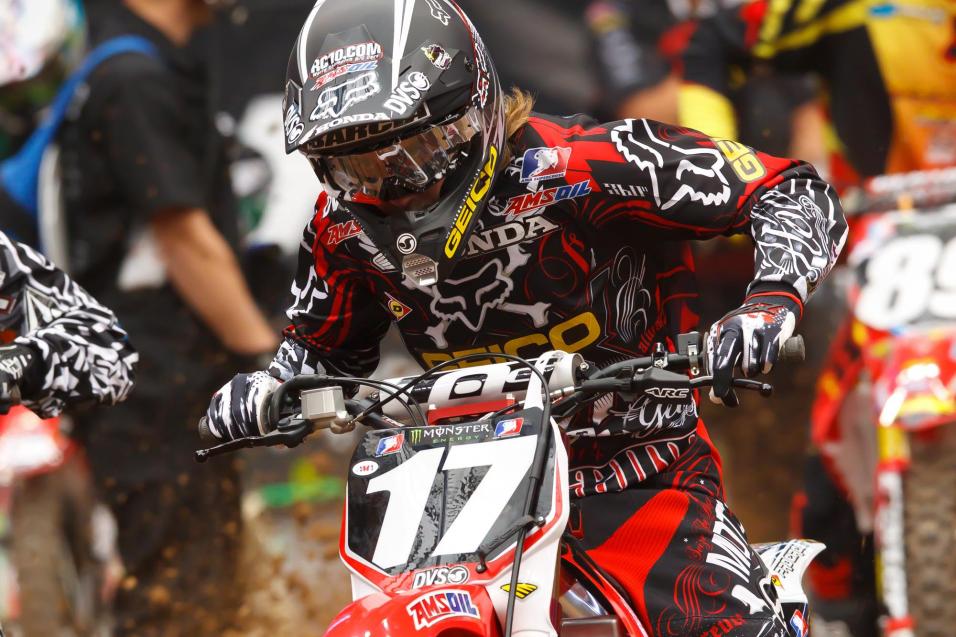 Going for the W Justin Barcia

Justin Barcia is two riders in one. Yes, he’s got the reputation as the hard-hitting, bar banging aggressive guy, but he’s never mean spirited about it. To him, even the nasty stuff is just fun—there’s never anger behind those bumps and bangs. He also has the reputation as the high-revving, wide-open charger, but he also hasn’t had many big crashes and has been relatively injury free since hitting the pro scene in May 2009.

But his ride for the win over the weekend in Houston was still the talk of the town, mainly because he and Dean Wilson engaged in a crazy block-pass fest, going back and forth on a track were it was supposed to be impossible to go back and forth. The straddled that fine line between aggressive and dirty. Just the type of conundrum Barcia likes.

“It was definitely a crazy race,” says Barcia. “We battled back and forth, and I thought it was good riding for the both of us. It’s going to be a fun season for sure if we get to do that again. It was intense, no doubt about it.”

Yup, just a bunch of block-passes and near misses. Barcia shrugs it off, leaves it on the track and comes back for more the next week.

“That’s exactly how it should be,” he says. “I like the bar-banging action and I think you should just leave it on the track. I don’t think anything about this race should ruffle anyone’s feathers. At least, that’s the way I see it. I’ve been reading some interviews and stuff with another guy and it seems like he was a little more upset about it.”

The someone is Wilson. No doubt, Barcia and Wilson want to beat each other, badly, but Barcia says there isn’t a history of bad blood between them. 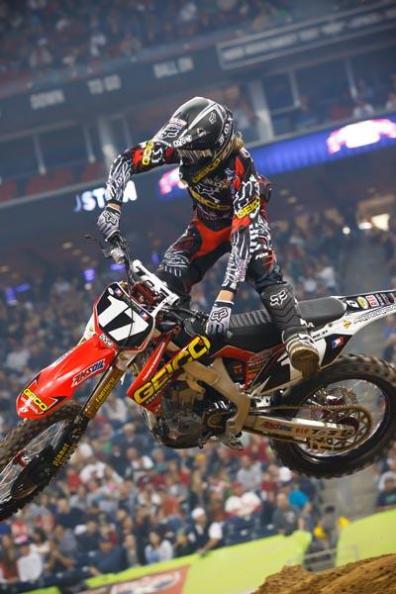 Barcia hasn't backed his wild style down too much.
Cudby photo

Barcia came into Houston as one of the favorites for the title. However in practice, his number 17 was nowhere to be seen near the leaders, (he was merely eighth fastest overall), but once the races began, he won his heat race and won the main event.

“Yeah that’s what everyone kept saying to me after practice. “You okay? You good? I can throw down a fast lap, but practice sometimes I struggle a little. Especially on a track like that. It was slick and it was tight. The slick tracks, that’s usually not so good for me, but I’ve been working on it.”

You’d think Barcia, with his rep for huge scrubs and revs and big risks would love to light it up in practice. Not so.

“When the gate drops, that’s the part where Justin Barcia comes out,” he says with a laugh.

The East Region Lites pack has a weekend off before their chase resumes in Atlanta. When we called him on Wednesday afternoon, Barcia was out prepping his new track in Madison, Florida. Up until last year, Barcia was a model student of the MTF (Millsaps Training Facility). His relationship with MTF severed, though, and he spent most of the summer finding a new place to ride and train. He finally settled on buying some land of his own right on the boarder of Florida and Georgia, getting Jason Baker from Dreamtracks to build a supercross track for him. Since then, he’s been pounding the laps. Barcia said he would have been ready if he had been tabbed to ride the West Region, but when he stayed East, he just kept working.

He even asked his team if he could race a 450 out West. “Yeah I wanted to!” he says. “There was a lot of talk about it. I was talking to the team, really hoping they would let me do it. It didn’t work out but it would have been fun.” 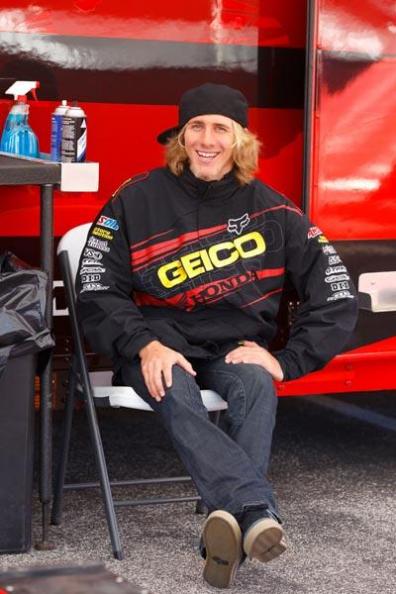 And also risky. But here’s the thing about Barcia: For all of his crazy antics, he’s been healthy for the most part throughout his pro run. “Yeah it's been pretty good,” he says. “I went to Bercy and that went really well, I won that. Before the season I only had like two sketchy crashes, and I was fine. I’m kind of all over the place out there, but I do everything I can to just save it and stay on that bike. That’s when things start to get bad.”

He’s the guy who hangs it out, but also doesn’t log fast laps in practice, and hasn’t had a rash of injuries. He’s the guy who will ram right into you, but he’s not a guy who holds a grudge. In fact, Barcia is quick to point out even Houston’s block-pass fest isn’t the way he wants to approach it anymore.

“I was definitely not trying to hit anyone this weekend just to run into them,” he explains. “The way the track was, you had to stick it in there in you wanted to make a pass. And when someone passes you, passing them right back is definitely the goal.”

Then Barcia ends it with some shocking news for someone with his reputation. “Really, I am trying to be calmer this year. I like having bar banging action, yeah, but this year my goal is to not take anyone out.”