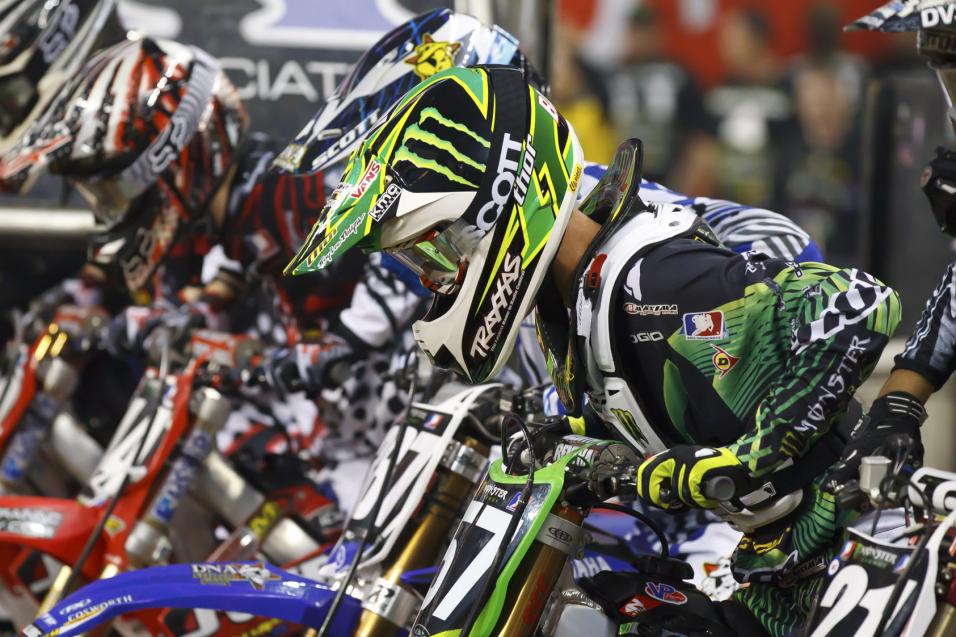 Advertisement | Advertise with Us
Reliant Stadium Houston, TX Houston Monster Energy AMA Supercross Championship
You already know who won the race. Each week, 250 Words focuses on another story from the race you might not have noticed.

Did you catch the Houston Supercross on CBS? Perhaps you noticed that the first turn was a little bit, shall we say, treacherous? 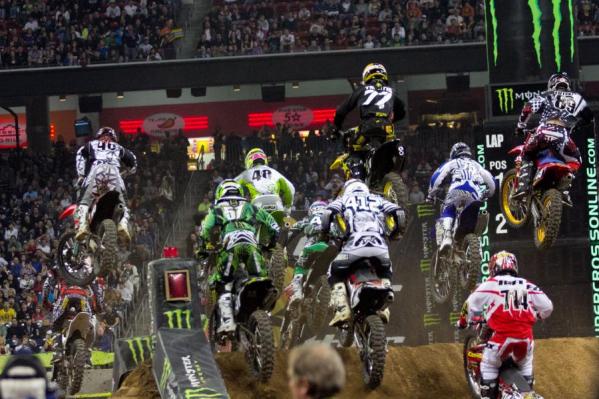 All season long, we’ve seen top contenders run into trouble in their heat races, qualify through the LCQ, and then pull miracle starts in the main from a bad gate pick. Trey Canard’s night in Los Angeles comes to mind, as he stacked it up bad in his heat, then won the LCQ and pulled his best start of the year in the main.

That wasn’t going to happen in Houston. The gate was too unforgiving. So when East Lites contender Blake Baggett went down in the first turn of heat race number one, he was in trouble. Baggett fought his way forward, crashed again, and claimed the final heat race transfer spot with a ninth. That gave him the 18th gate pick for the main.

Baggett is no stranger to these short, 90-degree first turns. They had one last year in Dallas. There, Baggett qualified out of the LCQ and had a terrible pick. But when a crash claimed half the field, Baggett got on the brakes, stayed up, passed a ton of riders and put himself in position to win the race. Which he did.

In Houston, he tried the same trick. He got on the brakes early and let the carnage carry everyone to the outside. He sliced through a bunch of riders in the first few turns, and he stood 12th by the end of lap one. 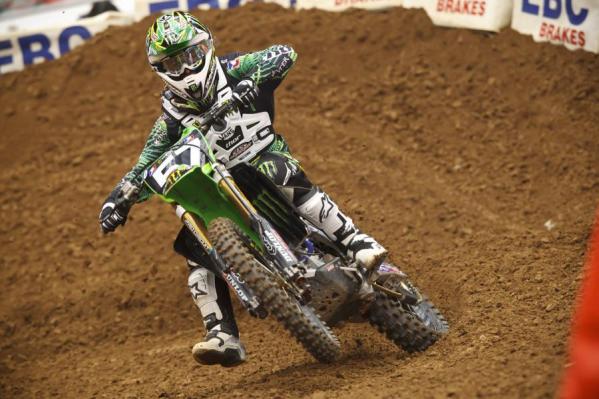 The Houston track didn’t lend itself to passing, though. He battled into fifth, clocking the fastest lap of anyone in the race. Then Ryan Sipes (the same rider who errered in Dallas last year, allowing Baggett to take the win) crashed into Blake Wharton, and Baggett slid into third.

In the results column, it looks like a simple podium finish. But Baggett’s smooth moves from a bad gate may have saved a championship ending from the very moment that it started.