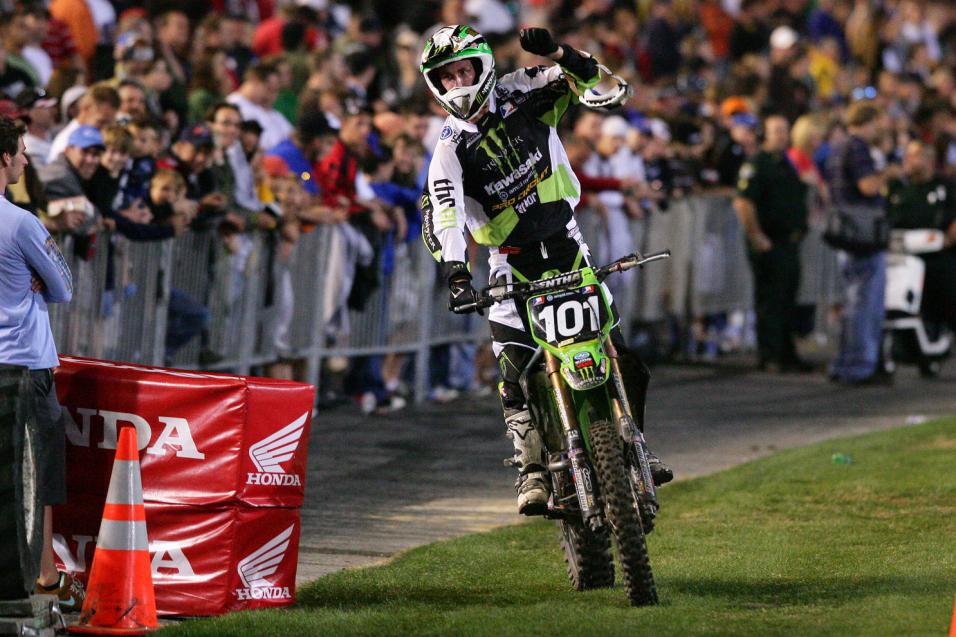 Last week we chronicled Kawasaki’s domination of the Lites class at Anaheim with Monster Energy Pro Circuit’s 1-2-3 podium sweep. In Phoenix, they kept most of the momentum going when Josh Hansen and Broc Tickle scored a 1-2 finish for the team (with Rockstar Suzuki’s Ryan Morais putting his RM-Z250 on the box with third).

So the PC team has five podium trophies from the first two races. That’s impressive, but it’s not rare. In 2007, the team got off to a similar start via two very familiar faces.

In ’07, Ryan Villopoto won the Anaheim opener ahead of a surprising performance by Frenchman Christophe Pourcel, who took second riding a Pro Circuit bike. Pourcel did one better the next weekend, as won the Phoenix race after Villopoto got a bad start. Better yet for the team, their third rider, Chris Gosselaar, finished third in Phoenix, giving the team a 1-2-3 finish. That’s five podium trophies in two races. Sound familair? 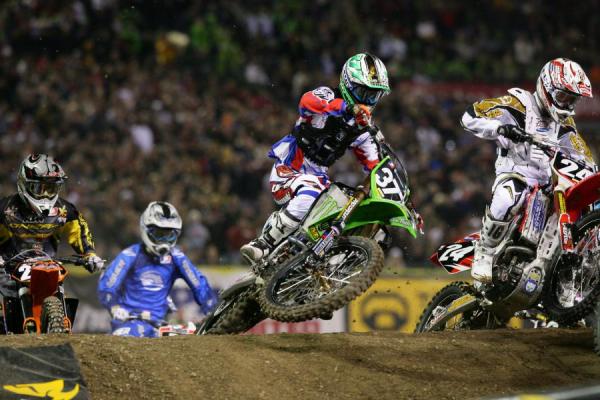 Pourcel was on fire in '07 before a shin injury would cut his season short.
Photo: Simon Cudby

Who was the lone rider not on a Kawasaki to grab a podium spot in the first two rounds of 2007? Yamaha of Troy’s Jason Lawrence, who took third at Anaheim 1.

So Pro Circuit dominated the first two races. Round three was a little tougher, as Pourcel cased a jump and broke his shin bone, ending his SX season way too early. Villopoto went on to win round three in Anaheim, but two Yamahas joined him on the box with Jason Lawrence and Josh Hill.

Then Villopoto won round four. And five. And six. On February 17th, he won round seven in San Diego and wrapped up the Lites West Title—in February!

Round three of the 2011 tour comes up this weekend at Dodger Stadium. Can the Hansen/Tickle/Tyla Rattray trio eclipse the 2007 mark and put yet another pair (or trio) of team bikes on the box?