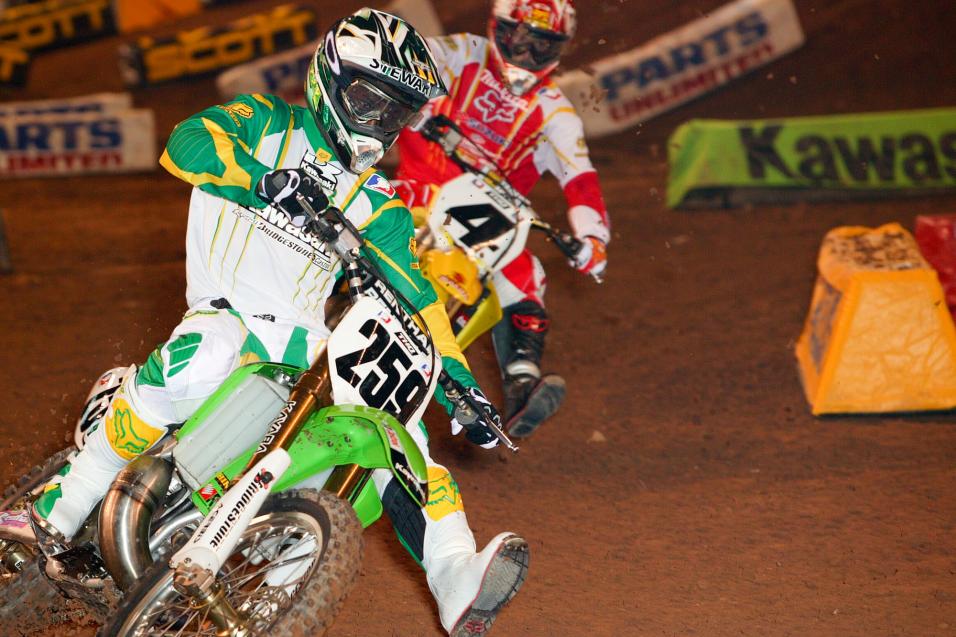 Time for another history lesson from Racer X—each week, we’ll hand over a nugget of trivia via This Week in Kawasaki Racing History. This week, we look back to Phoenix, 2005, a race that probably had as much hype and anticipation as Phoenix, 2011. The story revolved around James Stewart moving up to the 250 (now supercross) class for factory Kawasaki after becoming the winningest 125 rider in AMA history. The anticipation of Stewart’s big-bike debut was huge—especially when mixed with Ricky Carmichael returning to the series after a year off with knee surgery, and Chad Reed defending his supercross crown for the first time.

But Anaheim 1 was a washout, literally, as an epic storm turned the race into an epic mudder, ultimately won by Kevin Windham. The real showdown, in dry conditions, would have to wait until round two in Phoenix. 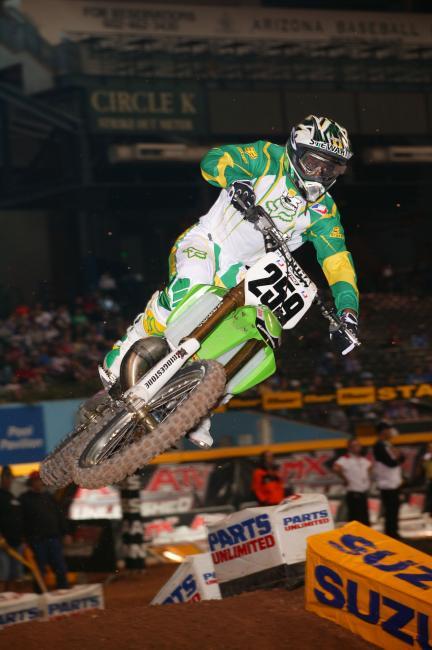 Stewart was a force for Factory Kawasaki.
Photo: Simon Cudby

That showdown began as soon as practice started, with Carmichael, Stewart, Reed and Windham throwing down quick times, and Carmichael even gesturing over to Stewart to hook up with him on a fast lap and see who really had the speed. Reed and Windham wanted to test the rookie, too. The tension was building, and the main event of the race was still nine hours from getting underway.

But then disaster struck. Stewart went over the bars in a tabletop section and broke his arm on impact. The showdown was over, and so were Stewart’s hopes of running for the ’05 SX title.

He would return later to race in Orlando, and win his first race a few weeks later in Dallas. But it will be hard to ever match the anticipation of that race in Phoenix—except we may be able to do it this year. Hope Stewart makes it through this time, though!