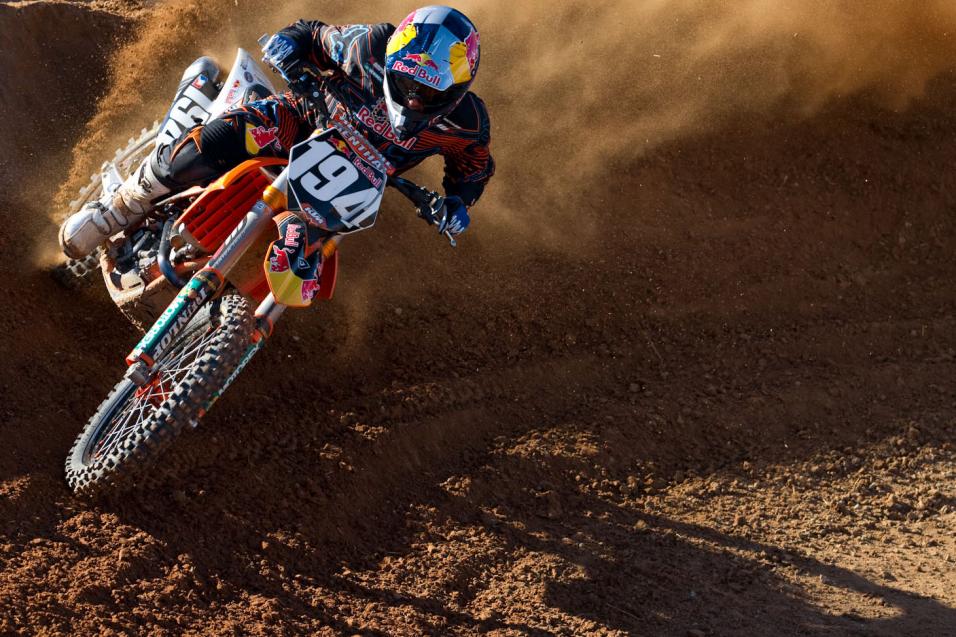 January 8, 2011 11:35am
by: Jason Weigandt
Anaheim, CA Anaheim 1 (A1) Monster Energy AMA Supercross Championship
Hard to believe that there’s been a buzz building for over a year around German Ken Roczen, since he’s still only 16-years-old. But the kid has been winning GPs since he was 15, and just waiting for the AMA pro age minimum to either drop back down to 16 so he could race supercross. The age limit has dropped, and Roczen is here—ready to race in the stadiums before heading back home for the GPs in the spring.

Racer X Online: The big day is coming, are you ready? Or do you not even know?
Ken Roczen: No, I feel like I’m ready for it, but I don’t know where I am. Well, I do, kind of, because I’ve been riding with Andrew [Short], and my speed is similar to him, so that’s good. But you don’t really know until you’re actually in a race, so we will have to see.

We know French riders come over with good supercross experience, but a lot of other riders from the GPs do not. What’s the German scene like? Do you have much supercross experience?
Not much. We have a supercross in Dortmund that I have raced, but it is very small, smaller than an Arenacross, actually. So it’s very different. And I’ve also never raced in front of 50,000 people before, so I don’t know about that, either. But I bet it’s a good feeling!

Everyone says you seem to ride smart, and very mature, for being so young. Where does that come from?
Actually I have no idea. This has always been my style—new school, but actually smooth. I would like to keep it that way because I don’t like the revving and all the extra movement and stuff. It looks kind of nervous and wastes a lot of energy, so this is actually how I am, and I’m glad I am like that. 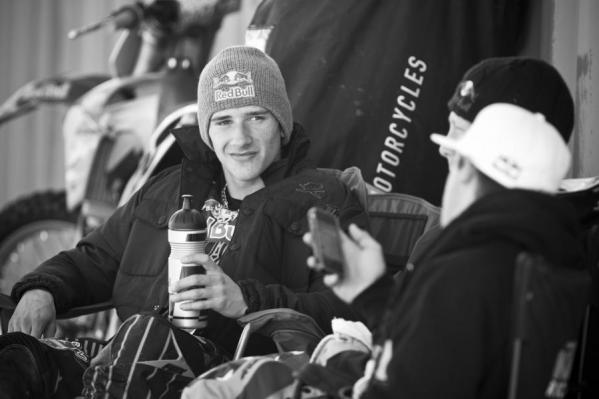 The hype around Roczen has been building for over a year, the time is now.
Photo: Garth Milan

So it’s not a style you’ve worked on, it’s just the way you ride.
No, nothing like that, it’s just what I do.

Really. Any specific obstacles? Whoops?
Whoops were okay for me, I had no big problems. The first day, I did have some problems with some tabletops, because they were very difficult over at KTM, but I was able to get it down. 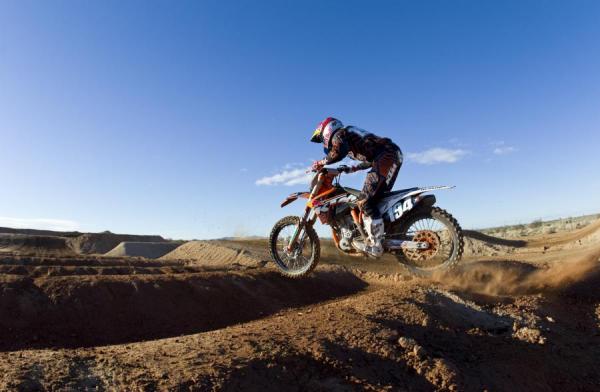 Roczen said that he had "no big problems" with the whoops.
Photo: Garth Milan

So on the first day out you were able to handle it?
Well, from the start I felt kind of stiff and tight, I was not so happy. Actually, it was like that the first week, then I loosened up. The first day, I could not do those tabletops, but I got them on the second day. So I’m feeling good with it all, now.

Where is this supercross thing as a goal right now? Is it play time before going after the MX2 Championship this summer in the GPs? Is it getting your full focus right now?
This is the focus right now. Supercross is difficult, and I have to learn new riders, and I have to experience all of those people in the crowd. There’s a lot happening, so I know if I don’t stay focused, you can make a mistake, and it can end up really bad. So any time I race, I race 100 percent, and I’m totally thinking only about supercross right now.

And as a kid, is racing in a sold-out American stadium where you wanted to be?
Oh yeah exactly! In 2008 I watched Anaheim and San Francisco and said that is where I want to be. So I was just waiting for the age limit to change, and now it did so I can race. I’m excited.