Brian Lunniss was one of the first superstar mechanics in motocross, tuning for the likes of Bob Hannah, Ricky Johnson, and many other top riders from 1971 through 1997. During that time, he became one of the first mechanics to receive significant media coverage, which helped solidify his reputation as one of the top factory wrenches. Brian Lunniss is the subject of this week's  Where Are They Now, presented by Bob's Cycle Supply.

Racer X: Brian, where are you from originally?
Brian Lunniss: Originally, I’m from the Midwest. I was born and raised just outside Chicago in McHenry, Illinois. As a kid, I used to race locally in that area, and back then, I did it all: did MX, enduros, and even snowmobile racing. That was in the late 1960s.

And how did you make the transition from rider to wrench?
In 1971, I was fresh out of the military and needed something to do. I ran into the Suzuki snowmobile team somewhere in Wisconsin and asked them for a job. A few weeks after I talked to them, I got a call and was told to report to Daytona Speedway with my tools!

Tell us about the riders you have worked with. Some of them were the best of the best right?
In that early era at Suzuki, I worked with Mike Runyard, Rick Thorwalrdson, John Desoto, and Billy Grossi, and we did it all. Sometimes we worked with two guys during a weekend. I stayed at Suzuki for about seven years and then went to work for Scott USA. I basically set up the precursor for the program that Bevo [Forti] still runs today. Scott had their new motocross goggle and needed a race program. I did a lot of R&D as well, including working on the original Scott plastic boot. We slowly developed that into a marketable product, but it was way ahead of its time.

But you went back to wrenching.
Yes. One day around 1978, Honda called me up and asked me if I wanted to work with Grahm Noyce, who was racing in the GPs. Now, keep in mind back then, everyone wanted to go to Europe. Things have changed now, but back then, Europe was the cool place to be. We did the British Championship and the GPs. Brad Lackey was our teammate, so having another American there was pretty cool. We won some races but no championships.
Following that season, I didn’t go back to Europe and went to work for Warren Reid, who was with factory Honda. That year was interesting – we had the 125 that had a 23" front wheel. That damn bike would break or blow up with every race. At the end of that season, Honda hired a bunch of new riders and really decided to try and get serious about winning. That was the beginning of the Honda motocross dynasty. We hired riders like Donnie Hanson, Jonny O‘Mara, and David Bailey. I think in total we had seven factory riders and seven support riders. The team was huge! I then went to work with Donnie Hanson, one of the best riders to work with. In our first season, we cut our teeth, second year we got better, and the third year we won both the supercross and outdoor championship. That fall, Donnie then got hurt at the MXoN, and that was pretty much the end of his career.
After that, Honda needed a powerhouse to anchor the team and we got Bob Hannah to come in. I knew Bob from my days at Suzuki, which was where he started his whole career. I used to help him out quite a bit with parts back in the day in ’74 when he was a kid from the desert. Bob went on a rampage that year and won a ton of races. He had some injuries and missed a few races, and we didn’t win any championships, but he was basically the fastest guy out there. Moving forward, Bob then broke his hip, and we just didn’t have a great few years. Then Honda was looking at hiring Ricky Johnson away from Yamaha and I went with him. When RJ moved over to Honda, it was 1986 and the first year of the production-bike rule. RJ was not happy about that. Luckily, our production bike was basically works, and Rick and I won a lot of championships.
{LINKS}In 1989, RJ got hurt at Gatorback when Danny Storbeck landed on him. He fought that wrist injury for over a year, but it ultimately got the better of him. RJ wasn’t sure what his deal was going forward and if he would be able to race, so he told me to go look around. Then Yamaha came calling. Basically, they hired me to wrangle in Damon Bradshaw, as I guess I had built a reputation for being able to build the younger riders up and into champions. Damon and I had a great first year with some good push and pull. He wanted to do things his own way. [Yamaha’s Keith] McCarty and I came from the Bob Hannah mindset, which was hard work and then more hard work. We almost won the championship that first year, but Damon had some issues at the final [1992] race and the pressure got him.
The following year, Damon just wasn’t there – he just wasn’t into it at all. When he retired I hooked up with Mike Craig, but Mike and I came from different schools of thought. Then Mike Kiedrowski called me. He was at Kawi and needed someone he could trust. I had mentored him there back in 1989 when he was just getting started at Honda, so I already knew him. We had a decent year, which included winning a supercross race, as well as a few more nationals. But then, at the end of 1994, Kiedrowski retired. After that, I stayed at Kawasaki and went to work with Damon Huffman for two years. After Damon, I was getting burned out on the bikes and the bike business and pretty much decided it was time for me do something else. 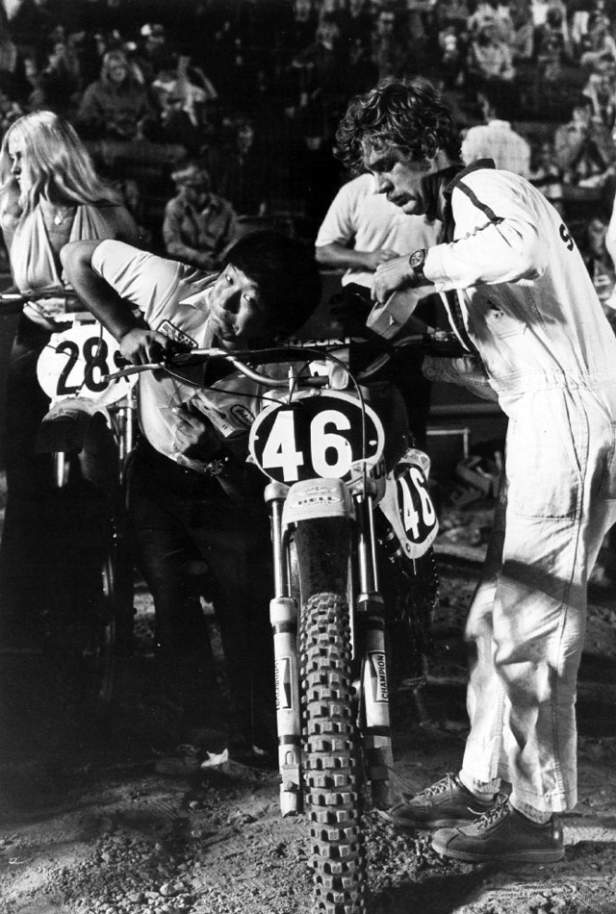 But you didn’t walk away from the sport.
It was at that time that I came up with the idea for making gloves for mechanics, and I kinda kicked around the idea with Jim Hale. We had some little prototypes and he launched the first glove. Also, I had friends who worked in the open-wheel and NASCAR racing business and who offered me a job. I didn’t want to do it, as I felt as though I was a big fish in a small pond [in motocross], but some of the stuff that I started seeing with the new riders and all the new money was just burning me out. It seemed as though none of the new guys wanted it as bad as the previous generations. Then Dan Gurney’s California shop called and asked me to come work for them. It made sense, as I didn’t have to move to North Carolina. I built shocks for his open-wheel teams. It was quite an education, but after two years, Dan ran out of money and that came to a close.
I then decided to take the NASCAR route and signed up with Joe Gibbs in 1999 in North Carolina and made the plan to go with Bobby Labonte. It was cool - we won the NASCAR championship in 2000, as well as a ton of races. I was there three or four seasons and am still friendly with Labonte today. Meanwhile, during those days with the car teams, I stayed very close with Jim Hale and Mechanix Wear. I was involved with a lot of things that happened for the company. When I was done with the cars, it turned out that Mechanix Wear just had lots going on and I was interested to get back to southern California with my wife. So in 2004, I moved back to Long Beach and have been here at Mechanix Wear since.

What are your responsibilities there?
I run R&D and spend time working on new projects. I still visit the track, but the majority of time is spent with NASCAR racing. Most of our marketing is there, and we deal with a lot of teams. I also handle projects for the military, as well as special projects with the oil and gas industry. 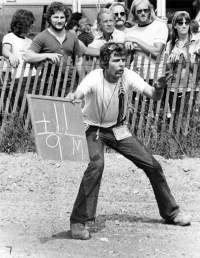 What was it like working for Team Honda during those glory years of the 1980s? Aside from maybe Mitch Payton’s Pro Circuit team, I don’t think any team had the record of success you guys developed during that era.
Well, there were a few of us that had that privilege. I count myself as lucky that I could be part of the crew that developed the works bikes. It was funny: back then we would test a bike and it could be bad - a real pig - and all of a sudden, two weeks later, a new bike would show up from Japan in a crate! The technology was changing so quickly.

So how’s your family life going these days?
Well, I still live in Long Beach and have been there since 1985 in the same house. I’ve been married to my wife, Cathy, and we have one daughter, Christine, who is 30 years old. She worked for RJ for a while and has had a number of jobs in the racing business over the years.

Okay, last question, and I’m going to put you on the spot: Who was your favorite rider to work with and why?
Hannah. He was truly great. He was an amazing self-motivator and just was really good at what he did. RJ was the next best. He was a hard worker and a fun guy to be around.