The troubles continue at Loretta Lynn’s Ranch for heavy favorite Adam Cianciarulo. The young Floridian went down for the third moto in a row, this time in the Super Mini 2 (12-16). The Team Green standout crashed early, and then had to dig deep to reach a fifth-place finish. Out front, his rival Cooper Webb also had his hands full, as Jace Owen was having a strong moto on his Suzuki. Owen became the first rider of the week to beat Webb, who ran third. That means that Webb has a 1-3 moto score going into the last moto, while Owen has a 4-1, Dakota Alix has a 3-2. Cianciarulo sits at 2-5, making him a longshot for the title here. 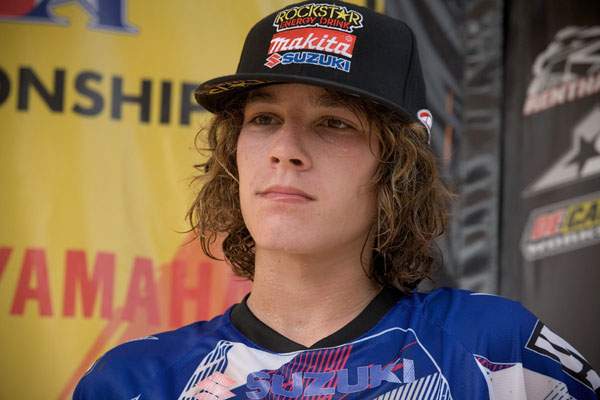 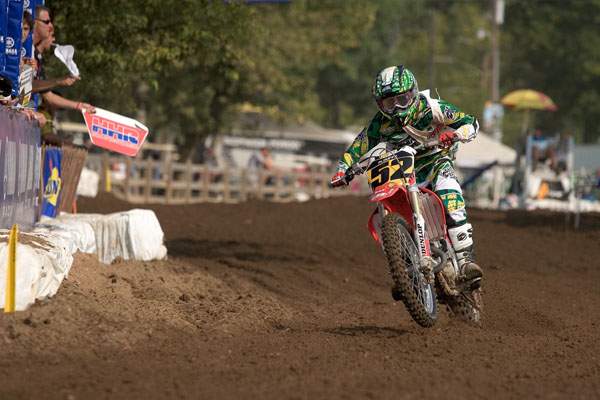 Chris Plouffe is sitting in a nice position for the 450B Mod title.
Photo: Matt Ware

Jason Anderson is beginning to establish himself as the odds-on pick for the AMA’s prestigious Horizon Award for Motocross, nailing down another moto win in 250 A/Pro Sport on his Kawasaki. North Carolina’s Jacob Hayes, 15th in the first moto, ran second, with Rockstar Suzuki-backed Ian Trettel third. 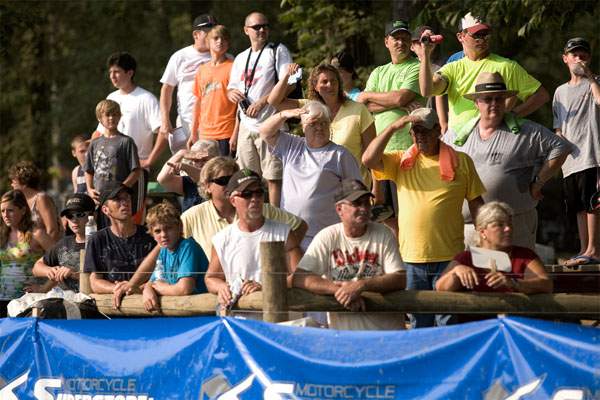 Plenty of spectators were watching as the 250 A / Pro Sport class hit the track.
Photo: Matt Ware 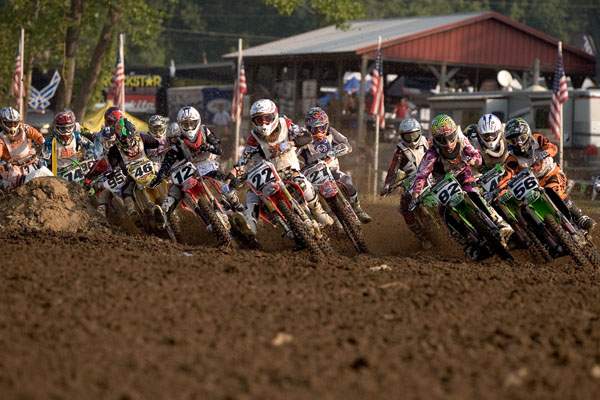 Mark Worth DNF’d the first 85 (9-11) moto but came on strong to win the second moto, and the gold medal that comes with it. But Austin Forkner is sitting pretty with a 1-2 after two motos, followed by Washington’s Tristan Charboneau (3-3) and California’s Rookie White (2-4).

A very interesting story is developing in the Vet B/C class as Stacey Virgin, an active-duty Navy Seal based in San Diego, has a 1-1 score after two motos. Virgin, who got pummeled in a pileup in the first Junior +25 moto, rebounded well here and could go back on duty as an AMA Amateur National Motocross Champion. He’s got to finish third or better in the final moto, as only Robert Novak (2-2) has a real shot at keeping Virgin away from that #1 plate.

You know it’s hot when Doug Dubach overheats. The fastest Vet rider in the world north of John Dowd’s birth certificate lost a moto yesterday when the heat got to him. Kevin Walker was there to capitalize on the situation yesterday afternoon in a good race, held at the height of the heat.

But the Doctor took good care before his next moto, taking the Senior +45 late on Wednesday afternoon over Earl May, who DNF’d the first moto after a huge crash in his opener left him battered and bruised. And Matt Tedder is now 1-1 in the Senior +50 class, having bested Michigan’s Craig Pickett again late on Wednesday. 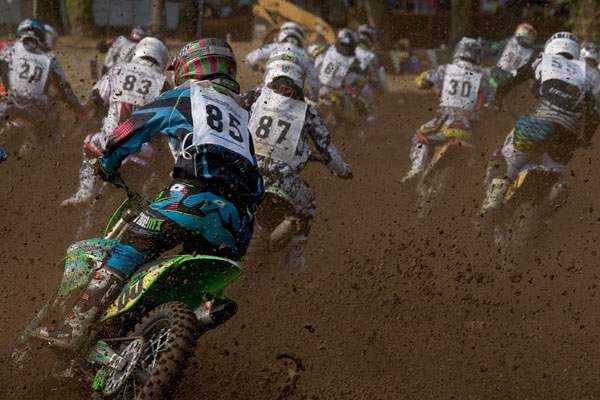 B riders attack the track at Loretta's.
Photo: Matt Ware