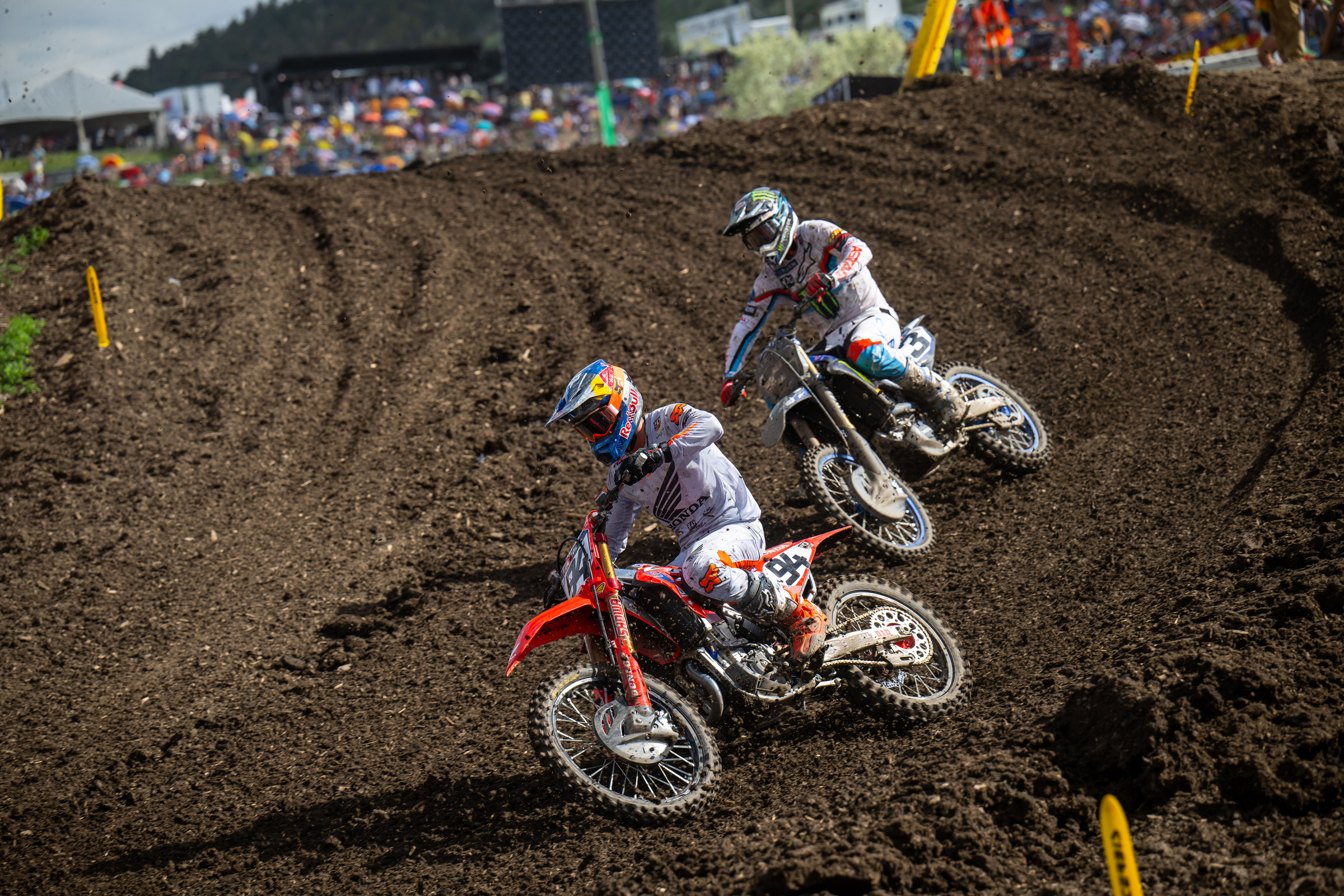 A third of the Lucas Oil Pro Motocross Championship has been completed and it's now surprise to see Eli Tomac and Ken Roczen in the thick of the title hunt. They have five AMA 450 National Motocross Championships under their belt, combined, and now they have grabbed the last two overall wins in the '22 series.

As part of the weekly Staging Area pre race show held at the track on the Monster Energy Stage, Tomac stopped by to discuss his season at Thunder Valley. Jason Weigandt and Ricky Carmichael handled the interview, where Eli uncovered why he sometimes has bad motos here at there (including a rough one at the first moto of the season at Fox Raceway). Sometimes when he feels like the back of his bike is too low, it pulls on his arms and creates arm pump. Yup, that's it!

At High Point, Weigandt and Jason Thomas chatted with Roczen, covering his bold instagram posts before the season, his friendships with Ryan Dungey and Tony Cairoli, and more.

The Racer X Exhaust podcast is presented by Yoshimura, Leatt, and AOMC.mx.