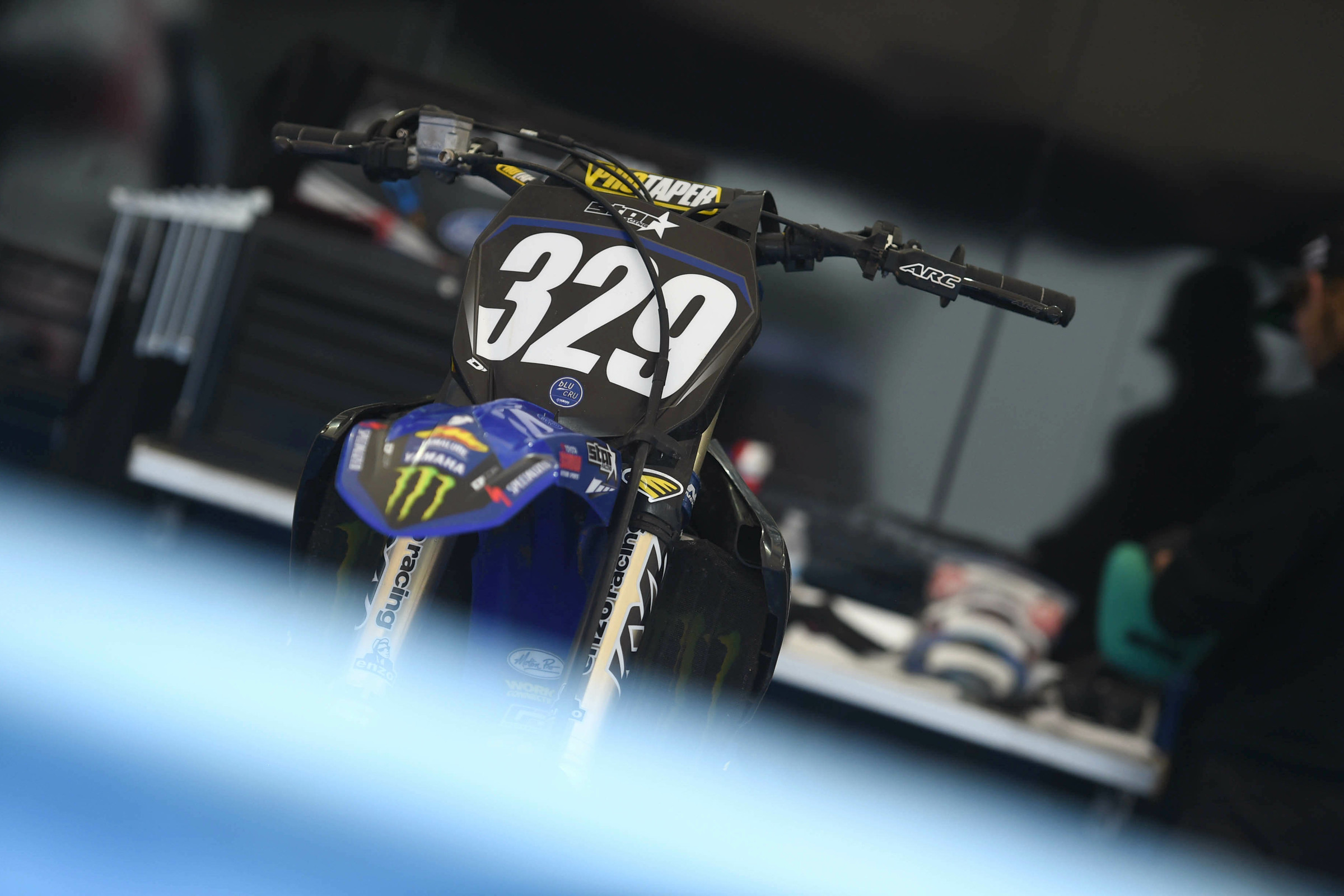 The provisional entry lists have been released for the first round of the 2022 Lucas Oil AMA Pro Motocross Championship in Pala, California. You can view the entry lists for the 450 and 250 classes for the Fox Raceway 1 National below, along with some notes. Keep in mind, these are not the final entry lists for Saturday as there will be changes made throughout the week. But here is a look at the initial lists.

It was rumored several months ago that Nick Romano would be skipping his final year of racing as an amateur in the A/Open Pro Sport class at the Monster Energy AMA Amateur National Motocross Championship at Loretta Lynn’s Ranch and contesting the entire Pro Motocross season instead. Romano completed his area qualifier (going six-for-six in moto wins) but then showed up on the provisional entry list for the opener this morning. This afternoon, Yamaha confirmed Romano will race the full pro series, beginning with this weekend’s Fox Raceway 1 National. The four-time Loretta Lynn’s champion and 2021 Amateur Rider of the Year is looking to turn heads this summer.

“Pro career starts now 🙈Super stoked to announce I will be racing @promotocross this summer! The team and I have put in a lot of work on and off the track, and it’s about time to go racing! I’ve been dreaming of this since I was a little kid so let’s have some fun!🙌🏼”

Another shocking BluCru name on this initial entry list is Romano’s Monster Energy Yamaha Star Racing teammate Matthew LeBlanc. LeBlanc missed significant time in 2021 and was not able to race Loretta Lynn’s due to a hand injury but returned to top form against some steep competition earlier this spring. While Romano is set to race the full series, seeing LeBlanc’s name on this provisional entry list was a shocker. Then the Yamaha press release confirmed LeBlanc will only be racing the first two Pro Motocross rounds as he will use the eligibility rule to test the waters in Pro Motocross before going to the Loretta Lynn’s Ranch one final time in August. The rule, put in place several years ago, allows amateur riders to score up to (but not over) 40 pro points and race up to (but not over) three Pro Motocross events and still remain eligible for the Open Pro Sport and 250 Pro Sport classes only. LeBlanc’s teammate Levi Kitchen did this last year when he raced the RedBud National, finishing 9-19 for 12th overall and a total of 14 points. Kitchen was then eligible for Loretta Lynn’s the following month, where he went on to win the Open Pro Sport and 250 Pro Sport titles. Below is the rule, straight from MX Sports:

2. The following professional licensed riders are eligible to compete in the Open Pro Sport and 250 Pro Sport classes only:

a. Riders competing in the Final 40 in Pro Motocross (250 or 450 class) in the current or previous year; Provided, that riders may earn up to 40 Pro Motocross points (250 or 450 class) in the current year, so long as they did not compete in more than 3 professional motocross events prior to the Amateur National.  The total number of points earned applies at the time of the entry of the professional motocross event, not after.

b. Riders competing in the Final 40 in Pro Supercross (250SX or 450SX class) in the current or previous year; or

c. Riders competing in the Final 40 in an FIM MXGP or MX2 Grand Prix event outside of the United States in the previous year.

“I’m excited to go racing this weekend and make my pro debut," LeBlanc said. "We’ve been putting in the work with the team, and now it’s time to see what we can do.”

New players in the 250 class 🎮 #ProMotocross#LetsTakeItOutsidepic.twitter.com/RfbDRHWNDh

Another shocking name to see on the entry list was Noah Viney. The California native has been training with Ryan Hughes and has quietly but quickly become a hot prospect within the last year. Viney does not have a Loretta Lynn’s title to his name and has not posted much about his plans, but he could very well be testing the pro waters similar to LeBlanc.

A few others to note on the 250 Class entry list are female racer Jordan Jarvis on a Yamaha YZ250F and Patrick Evans on a GasGas MC 125. Jarvis has competed at several Pro Motocross events since 2019 and in 2020 she competed in motos at two different events (WW Ranch National and the Fox Raceway National finale) and by doing so, became the first female to compete in a Pro Motocross event in the modern era. Our Davey Coombs reported in 2020 that the last time a female competed in motos was Doreen Payne in the 500 class of the Denver National in 1983, when the 125, 250 and 500 classes all competing on the same day. That is considered the only other time a female raced in the motos in the “modern era” of the series. Then, at the 2021 Washougal National, Jarvis finished 36-30 for 34th overall. She looks to make more motos this summer as she returns to a YZ250F, which she competed on in 2019.

Evans, who attempted to qualify for a 250SX main event in supercross aboard a 125cc two-stroke, is apparently shooting for a similar feat when he looks to qualify his GasGas MC 125 into the motos at the opener this weekend.

Notes: Ryan Dungey is back and set to make his return to Pro Motocross for the first time since the 2016 Thunder Valley on June 4, 2016—almost six years ago! Christian Craig, the 2022 250SX West Region Champion, is once again moving to the 450 Class for Pro Motocross. Muc-Off/FXR/ClubMX Yamaha’s Garrett Marchbanks is also moving from the 250SX West Region of supercross to the premier class this summer. Ryan Surratt raced 250SX West Region with supercross-only Team Solitaire/Nuclear Blast Yamaha but is expected to race the 450 Class on a YZ450F this summer. Grant Harlan parted ways with the TiLube/Strom Lake Honda Racing team during supercross and is set to race all 12 races on a Kawasaki KX450. Benny Bloss raced for supercross-only Team Tedder/Monster Energy/Lucas Oil/KTM Racing but now has announced he will race for Butler Brothers MX (formerly known as the Rocky Mountain ATV/MC-KTM-WPS team until the title sponsor spilt ways with the team in April). Maryland native Jacob Runkles, who earned national #88 after finishing 23rd in the 450 Class in 2021 with 36 points, just announced a deal for this summer with SGB Racing Storm Lake Honda, where Alex Ray will serve as crew chief this summer. Tyler Stepek, another Maryland native who earned a national number from his racing in the 450 Class last year, will be back on the gates aboard a KTM 450 SX-F. Former racer turned Motocross Action Magazine editor Josh Mosiman is on the entry list set to race a Honda CRF450R. Well-rounded Canadian racer Tyler Medaglia raced several rounds last year and is on the entry list for the opener on a GasGas MC 450F. Although not on the entry list yet, 2022 AMA 250SX Rookie of the Year Cullin Park posted on Instagram he would be racing several rounds this summer on a Phoenix Racing Honda CRF450R.