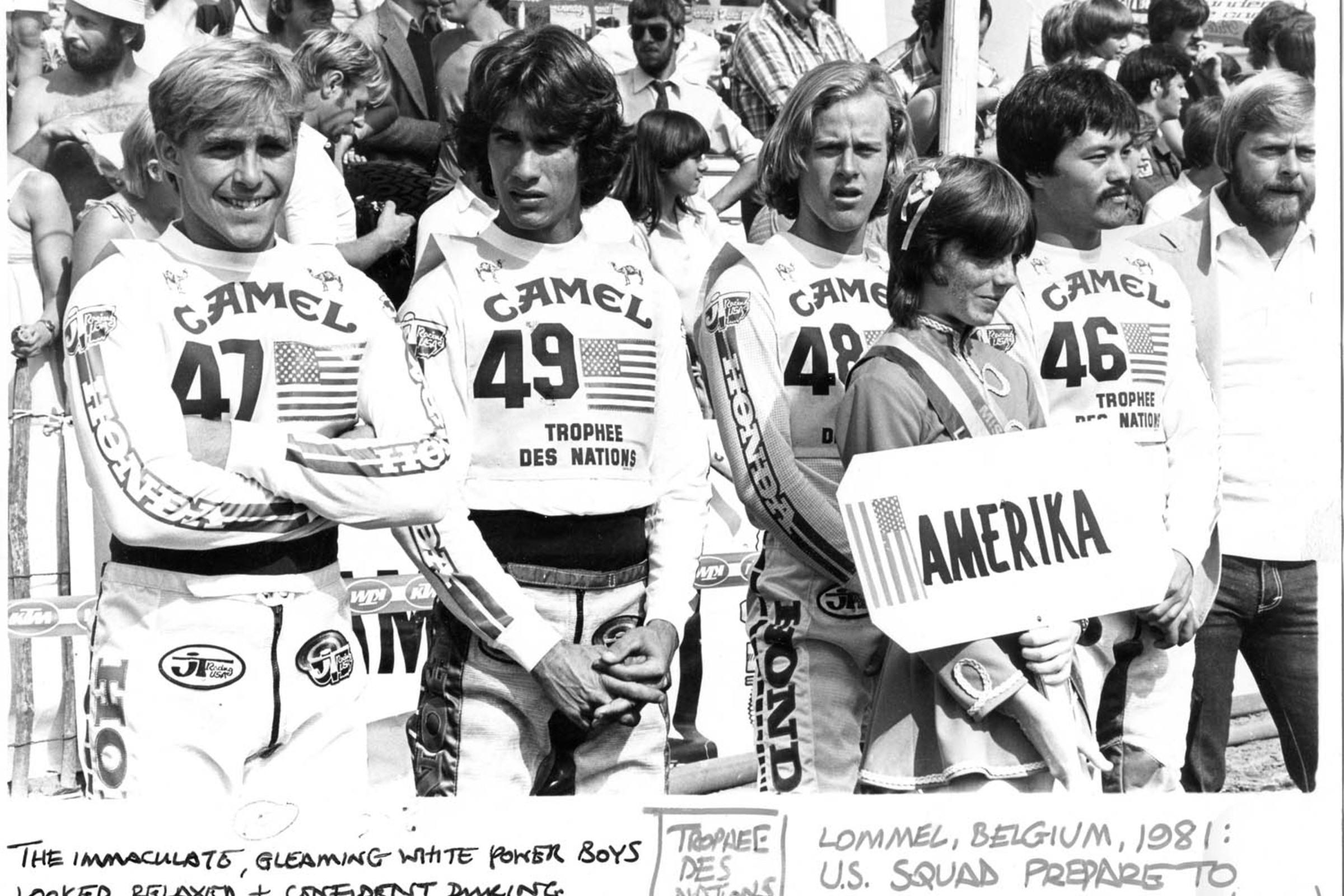 As we get closer and closer to the start of the 2022 Lucas Oil AMA Pro Motocross Championship, we are counting down the days by taking a look back at the last 50 years of AMA Pro Motocross, one year at time. Today we reach 1981 in our MAVTV+ 50-Day Countdown, a big year for American motocross.

First of all, Bob “Hurricane” Hannah was back in action after missing all of 1980 with a shattered leg. When he returned the Yamaha rider found that he wasn’t quite as fast as his old self. He also learned that Suzuki riders Kent Howerton and Mark Barnett were much better than they were two years earlier. First came AMA Supercross, and for the one and only time in history, a full-time 125cc rider won the AMA Supercross Championship on a 250. Barnett had supplanted Broc Glover as the top dog in the 125cc class the previous year, and then came into ’81 wanting to show that he was a force to be reckoned with on a 250 as well. Barnett won exactly half of the 12 AMA Supercross rounds, taking the title away from defending champion Mike Bell. It would be another 25 years before another Suzuki rider would win the SX crown, Ricky Carmichael in 2005.

Barnett was even more impressive on his 125 outdoors. The Bomber won every moto in the first seven of eight total rounds and had a real shot at the first perfect season in motocross history before breaking his arm just before the last round at Carlsbad. No matter. He was still more than a race ahead of series runner-up Johnny O’Mara of Team Honda.

Of course, Barnett did not have Broc Glover to worry about, as Yamaha had finally allowed him to move up to the big bikes full time. He rewarded them with the 500cc class championship over his teammate Mike Bell. It was the Golden Boy’s fourth AMA Pro Motocross title, the record up to that point in series history.

As for Howerton, he was also dominant in the 250 class. He would win five of the eight rounds for what would be his third AMA Pro Motocross title. Hannah won the other three rounds on his way to second overall in the final rankings. Among his wins was the dramatic Saddleback showdown that saw him and Howerton bang bars on more than one occasion in a heated battle.

Here’s some of Gary Bailey’s footage from the 1981 High Point National:

One other thing happened in 1981 that helped define the year in American motocross, as well as its future. Just ten years after the birth of AMA Pro Motocross, as well as ten years after the first Superbowl of Motocross, an underdog Team USA lineup of Donnie Hansen, Danny Laporte, Johnny O’Mara, and Chuck Sun shocked the world by winning both the FIM Trophee des Nations, as well as the FIM Motocross des Nations. Led by team manager Roger De Coster, the young Americans put a whipping on their European rivals, marking the first time in history that the Americans had won the “Olympics of Motocross.” It was the beginning of an incredible winning streak that would reach a record-smashing 13 in a row before it finally ended in 1994.

And here’s more footage from 1981 and Gary Bailey, albeit the Trans-USA Series at Rio Bravo. This series would also be won by Broc Glover.