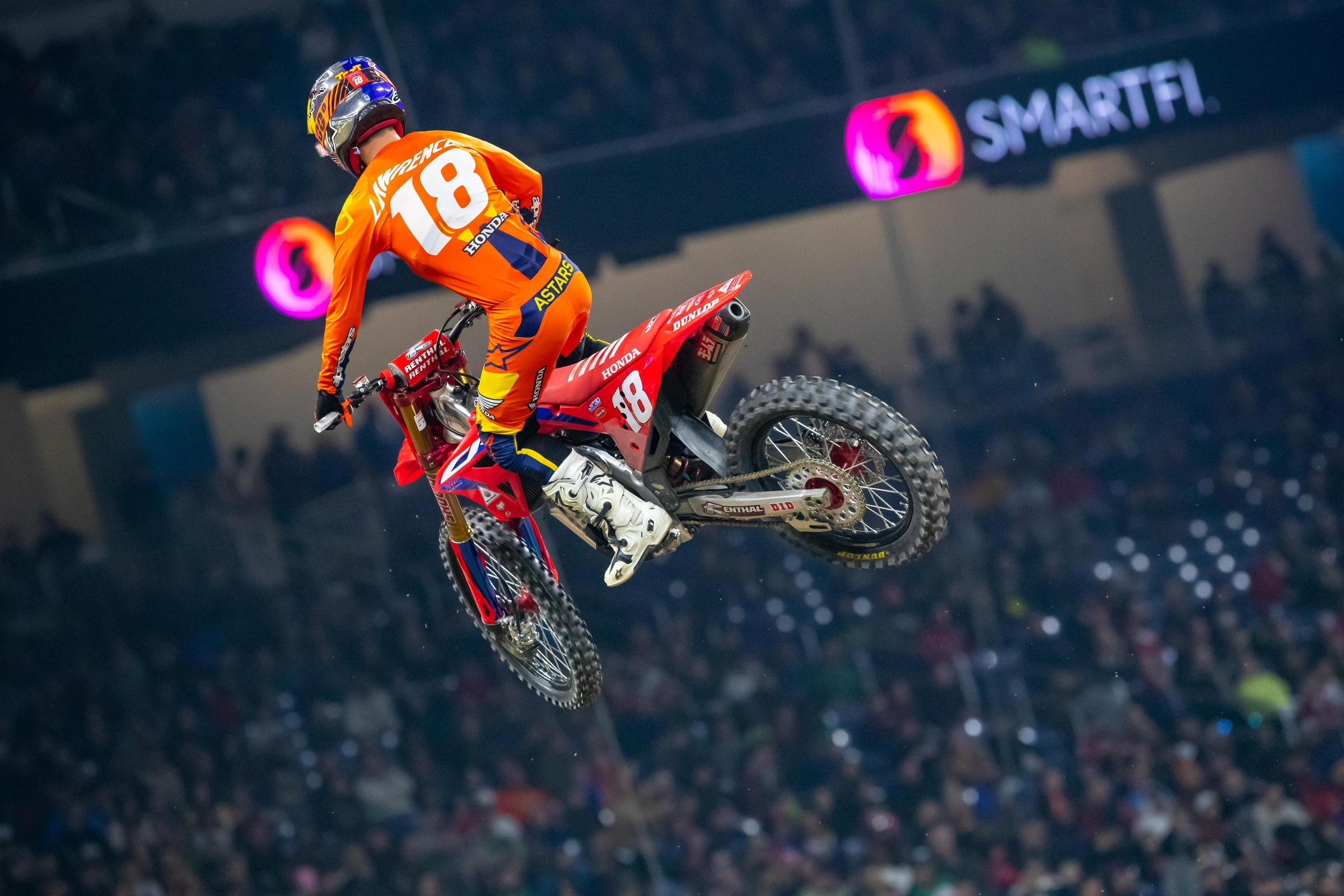 Things are going pretty well for Eli Tomac right now. He’s got a huge, 42-point lead over second place and he’s fresh off a three-race win streak. The last time he won three in a row was way back in 2017 when he won five in a row down the stretch! With performances like this you’d think Tomac is set to go on another rampage. But will he? With a very healthy points buffer you might also thing Tomac might be tempted to ride conservatively, rather than hang it out like he was doing in 2017 in an effort to catch Ryan Dungey in the points. We’ll see how Tomac approaches the rest of the season now that he’s got a comfortable cushion. –Aaron Hansel

As mentioned above, now that Tomac might (all bets are off once the helmets go on) not be as motivated to go for the throat at every opportunity, it leaves the door open a little wider for other guys to notch a win. The first name that comes to mind is Malcolm Stewart. He's been close plenty of times, regardless of Tomac, and he took second place last week in Detroit. He's also won some heat races and has been very, very fast in qualifying. He's never been so tantalizingly close to joining the winner's club, and with the way things are in the class right now, the timing sure seems right for Stewart to light the torches. –Hansel

Related: Pierce Brown and Malcolm Stewart are Piecing the Puzzle

Last week sure took a toll on the field, with Chase Sexton, Cooper Webb, Dylan Ferrandis, and Jason Anderson all exiting the race early due to mishaps on the track. The midair collision between Webb and Sexton was especially spectacular, although not in a good way. Somehow, despite the carnage, Sexton, Webb, and Anderson are listed as being good to go for Indianapolis (Ferrandis is out with a sore wrist). That said, you’d expect them to still be feeling the effects of Detroit’s smack down when they line up in Indy. Will their pain work to the other riders’ gain in Lucas Oil Stadium? –Hansel

Justin Barcia hasn’t been running away with races or showing blinding speed out there, but he’s quietly been pretty good. Aside from a few races, he’s frequently been inside the top five, and thanks to the misfortune of others, was back on the podium in Detroit with a third. His consistency has put him in a good position in points too—he’s just three points back of Jason Anderson and Malcolm Stewart, who are tied for second with 187 points each. If things go well for Barcia in Indianapolis, he could find himself sitting second in the points when the checkers fly. –Hansel

In case you haven’t noticed, Jett Lawrence has been winning these 250SX East Region races pretty handily, so much so he hasn’t even had to light the burners. In fact, the one race in which he did engage flanking speed, Arlington, he ended up, well, on his flanks. It’d be easy to think Lawrence is going to go on a run from here on out, but then again, crazy things happen in racing, which we saw last week in Detroit. Is anyone going to step up and give Lawrence a battle? –Hansel

Speaking of people who might be able to challenge Lawrence in one of these 250SX mains, it sure looked like Pierce Brown might have something for the Jett in Detroit. At one point Brown was all over Lawrence’s rear wheel, albeit briefly. Even so, Brown was still great in Detroit and ended up on the podium behind Lawrence and McAdoo. That’s Brown’s first podium finish this year, and just the second of his career. Clearly, he’s got a few things figured out. Can he keep it rolling in Indy? –Hansel

Thanks to a crash at the 250SX East Region opener that left Max Vohland with a cracked collarbone, we haven't see much from the Red Bull KTM rider in 2022. We didn't see much from him in 2021 either, as he exited the series early with injury. We'll get to see more of him this weekend, however, as he's making his return to supercross in Indianapolis. He doesn’t have a lot of supercross races on his resume, and one would think he'd focus more on getting his feet wet again than cannonballing into the deep end up front. That said, he's also the rider who tried to, and nearly did, win the first moto of his pro motocross career. It's going to be fun what we see from Vohland when the gate drops in Indianapolis. –Hansel

Monster Energy/Star Yamaha Racing fill-in rider Kyle Chisholm finished 12th in his debut return to the 250SX Class at the Detroit Supercross. Chisholm had limited time on the bike entering Saturday and had a mistake that cost him early (stalling the bike out), but you would have to think he could otherwise be battling well within the top ten. Another week of riding and testing the bike and working with the Star crew will probably benefit him greatly entering today. Where do you have Chisholm finishing this weekend? –Mitch Kendra

Veteran RJ Hampshire has yet to finish on the podium in the first four rounds of the 250SX East Region (technically he finished third in the first Triple Crown race in Texas but was injured and did not finish race two before sitting out race three). But Hampshire has showed a ton of speed, winning two out of the three heat races to start off the East Region championship, and we know he has the grit to push through in the later stages of a race. The #24 would like to get some hardware in ’22 as he also continues to look for his maiden 250SX main event win. He currently sits seventh in the standings with 60 points, but only sits eight points behind third-place Pierce Brown, and remember, Cameron McAdoo only sits eight behind Lawrence, meaning tonight we could really see a shuffle in the points standings. Where will Hampshire finish the night? And where will he sit in the standings after six rounds? –Kendra

Oldenburg Wants Some Hardware, Too

“I rode so good all day and then blew the start in the Main Event. It’s the same old story at this point. I just have to start better. I feel like I’m with the top guys when I start with them, but I’m just not there when it counts. I’m trying not to put too much pressure on myself because there are a lot of positives. I’m riding a level that I haven’t been at in a long time, and if I keep chipping away at it, things will come.”

That is what Mitchell Oldenburg said following a sixth place in Michigan. Oldenburg has three career 250SX main event podium finishes to his name (two in 2017 and one in 2019), but he would love to add one now to display how much work he has put in to be where he is. Remember, he raced the first West Coast swing of the series on a 450—and made five main events—but he missed the opening 250SX East Region main event after bike issues kept him from his heat and a sixth in the LCQ meant he earned no points on the night. Can Oldenburg get a start and put in a top-three finish to shake up the championship points? –Kendra