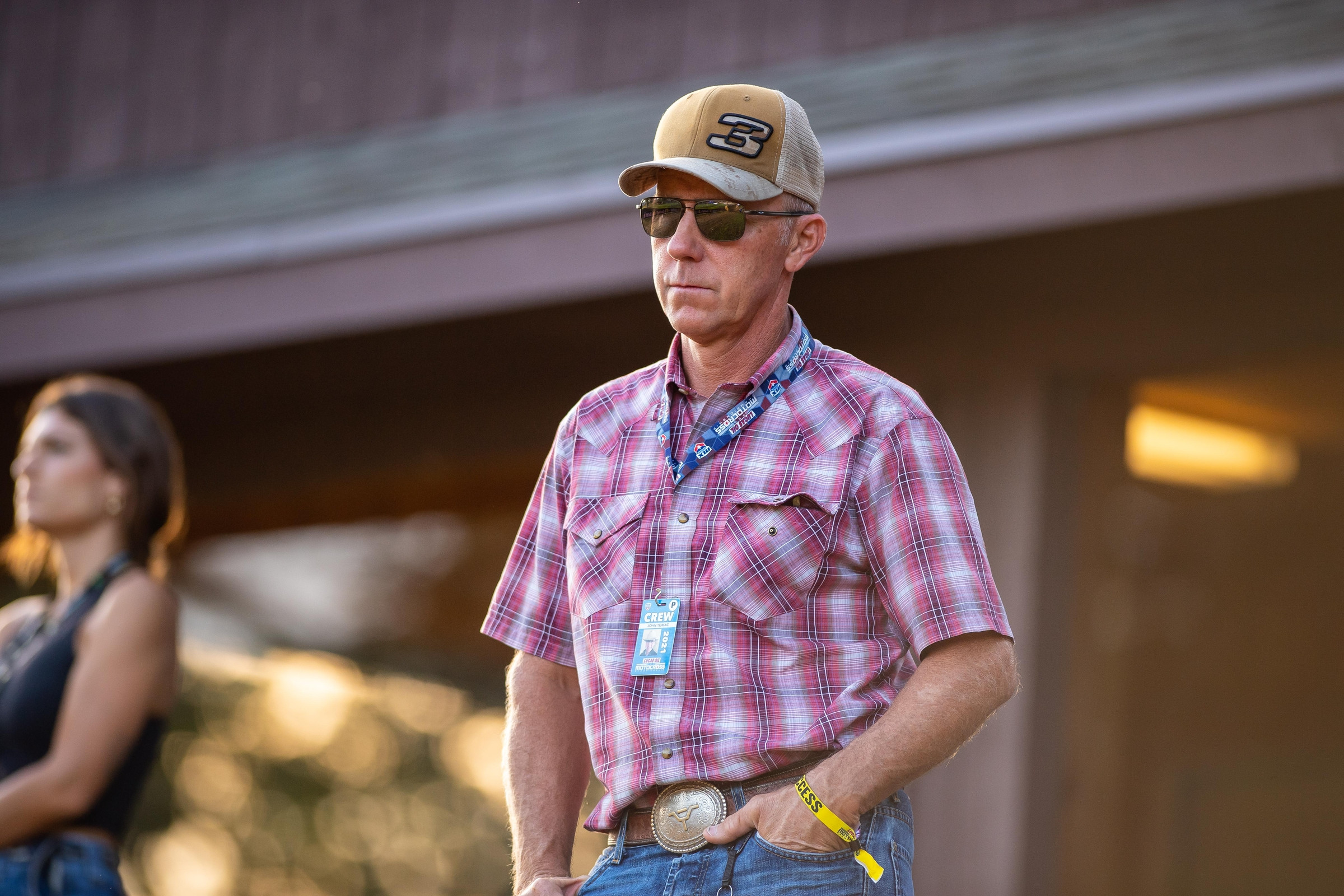 What a season Monster Energy/Star Yamaha Racing’s Eli Tomac is having in 2022. He’s got a commanding points lead in the series and is seemingly as good, or better than, ever. Eli’s father John is, of course, an all-timer in the bicycle world and has been right beside his son the whole way. We talked to John on the PulpMX Show last week about the switch to Yamaha and more. Here’s a transcript of that interview.

Racer X Online: Five championships with Kawasaki. A real good legacy there. You could have stayed there. You didn’t jump to Star Yamaha for the money. You went there for a chance at an equipment change that would propel Eli. I was not in the camp of this is going to make Eli a better rider, because he’s getting older, and this kind of stuff doesn’t happen in our sport. So, I commend you and Eli, Kathy, everybody for this… We’re only halfway through this thing, but man, you guys were looking for something different and you did it. It’s a bit of a risk, and it’s really working out. Take us through that a little bit and how stoked you’ve got to be so far how this thing is working.
John Tomac: Yeah, it was a gamble. We could have stayed at Kawi and Eli could have cashed his check and rode it out. We wanted to advance the ball. Eli felt like he had more in the tank, as far as results go. In order to change it up on the equipment side, we had to make the move. We pushed the Kawi guys pretty hard that last season to take some pretty big swings at changing some of the stuff we had on the bike, and they just wouldn’t go to where we wanted to go and try things. We had a certain amount of success there, but we wanted to try to really push the envelope, and they were just too conservative. That’s how I’m going to say it. They were too conservative. I’ll leave it at that.

[Ryan] Villopoto has been in here a bunch. Jake Weimer has been in here a bunch. There is a window that they [Kawasaki] feel their bike works in, and they don’t want to go outside that window. I think many guys have talked about that and I think you’re sort of getting to that. And that’s fine. It worked. You won five championships. I’m not taking this as where you guys are being negative towards Kawasaki, but the chance of we want to go to Star and have more control, you guys knocked it out of the park so far.
If you look at these guys, these supercross athletes, it’s a gnarly sport. It’s a high level of risk. When you’re at the top, you’re like, I spend my whole freaking life taking risks. I want to take a risk on this bike setting. Let’s do it. Let’s try to advance this program. Do you want to take that risk? I felt like and Eli felt like they weren't going to do it.

Why the Star guys? Ricki Gilmour [Tomac’s former suspension man, now working with Star] and KYB led you to Star, and to the Yamaha. Was that sort of where things got together?
That was very important. We worked with Ricki at GEICO with Honda, and we had Dave Arnold with us there. We were GEICO. We weren’t Factory Honda when Eli was on the 450. We got some Factory Honda support, especially on the motor side and electronics and things, and a lot of actually data and help from Japanese engineers. We did a lot of work to that bike to get him to where he was in ’15 in motocross. That was a ground-up project kind of led by Dave, and Gilly was deeply involved with Dave and with the Honda engineers. I’m going to take you through this and it might take a minute, but this will be an abbreviated version of it. We did a lot of testing, a lot of work, and we got that thing in a really, really good spot. That being said, we didn’t have great supercross success. We wanted to ride the newer generation frame that we had worked on the Honda a little bit, but we couldn’t race it because of the rules. We wanted a factory edition bike so he could race this new frame in ’16 and Honda is like, we can’t do it. Eli is like, I’m not racing that other frame another year.

So, that’s how he ended up on Kawi. We took Gilmour with us to Kawi and then a couple of months into that deal the results weren’t great, so Kawi let Gilly go and that was a pretty big blow to us. We could have jumped up and down and thrown a fit, but at that point we kind of felt like we needed to take it on the chin for the team and see if it would work out. The thing with Gilmour and Eli is they have a special communication. When Eli says something about the motorcycle, Gilly knows what Eli is talking about. If Eli tells him it’s doing this, Gilmour knows what he needs to do to the forks or to the shock or to the bike to deal with that particular issue. So, we lost that. So, then we just kind of went down the road with Kawi with how they wanted to do it. Then when this last contract was up, we wanted to try to get back to working with Gilmour if we could. He was working with Yamaha. I think it was pretty apparent how much progress he was making with the Yamaha. So, I think he proved his value there. But we already knew he had it in him. He just hadn't been in the program that allowed him to have that success yet.

There’s a human element involved in all of this.
Well, the other thing too, Eli has a very unique style. Nobody is going to be harder on the throttle than him. Nobody is going to be harder on the brakes than Eli. So, from a perspective of a tuner, when Eli comes on board, they’ve never seen what he does from any other rider. We had the Japanese engineer out here one time and they had a throttle sensor on there. He’s like, “Okay, let’s go do some moto laps.” The guy comes back to the shop, downloads the data, and he’s like, “Oh, my god.” I’m like, “What’s up?” He’s like, “90 percent wide open the whole lap! Never seen this before!”

Did you think it would come this quick, watching in pre-season what the Star guys and Gilly and Eli could do, or were you thinking it was going to take some time?
He looked good pre-season, but we’ve had a lot of good pre-seasons, and we’ve had a lot of miserable first five or six weeks of supercross. I’ve seen it so many times. I’m just like, yeah, he looks good now but we have to go racing. It’s crazy how much you learn the first couple rounds. Then you got to tune it to the race conditions and make it work. That’s one thing with this team is if we want to try something, we can try it. They’ll take those big swings. They’re not scared. I think because they’re factory-supported but not a factory team, they’re answering to themselves. They don’t have to go explain to the head of marketing why the engine blew up or the shock blew up because they put some crazy setting in there.