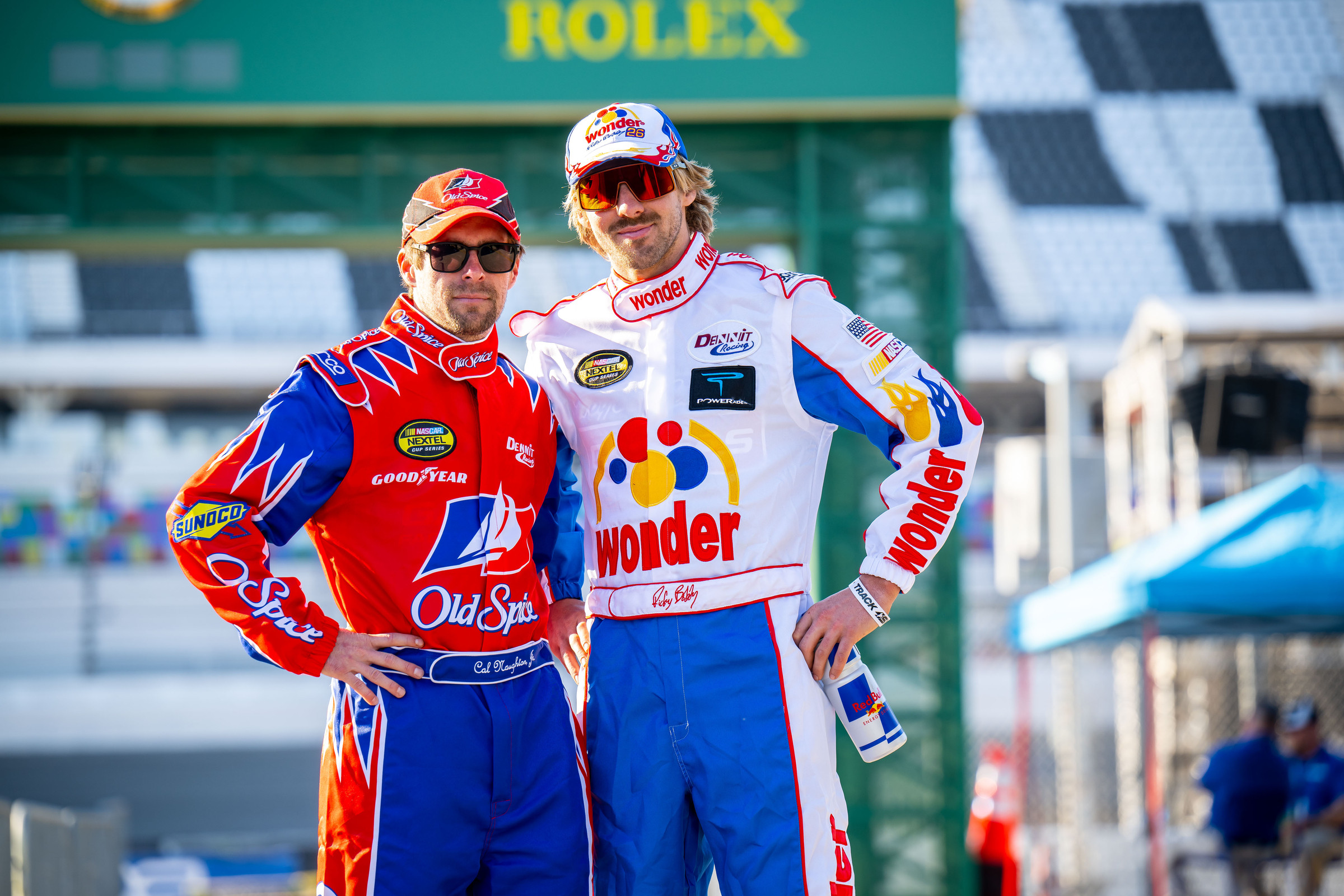 ET3 vs the GOAT at Daytona International Speedway

Just a week after becoming only the sixth different rider in AMA Supercross history to earn at least 40 premier class main event wins, Tomac’s Daytona win was the 41st of his 450SX career, which also ties him with Ryan Villopoto for fifth all-time. The next win for ET3 will give him sole possession of fifth. Up next on the all-time list is Australian Chad Reed’s mark of 44.

Following Tomac’s historic night in Daytona, he leaves the ninth round of 2022 with the most points he has ever had following the first nine rounds of a 450SX season. He leaves round nine with 203 points, besting his previous high mark of 200 from the 2020 season. Tomac’s points in 2020 and 2022 are the only two times he has been over 180 points after nine, and they are both over 200. Remember, 2020 was the year the #3 earned his maiden premier class supercross title.

Here is something else to note on ET3 and his best first nine rounds. Entering 2022, since moving to the 450SX Class full-time in 2015, Tomac has left the ninth round with an average deficit of -37 to P1 in the standings. However, this year, he leaves round nine with an 18-point advantage over second place Jason Anderson. This season is only the second season in which Tomac has left round nine without a deficit to P1 in the standings—the other was 2020 when he was tied with Ken Roczen. His usual slow starts to the season had resulted in him having to dig himself out of a hole in the latter half of the season. Tomac’s positive gap this year slightly adjusts his average to -30 after the first nine rounds of his eight 450SX seasons to date. Check out more in the chart below.

Tomac Points Through Round 9:

I asked Tomac about leaving round nine with the most points in his 450SX career in the post-race press conference Saturday night, and he credits his entire team around him. He said:

“It’s just racing. We put ourselves in a good position. I credit that to everyone around me. Just a good group as a whole. Thankful to do it here tonight with the win.”

The Colorado native is right on pace to earn his second 450SX title—will he get it done?

When Cooper Webb holeshot and led the 450SX main event early with a small gap back to the rest of the field, it appeared the Red Bull KTM rider might pick up his first Daytona Supercross 450SX main event win. Entering the day, Webb had several 450SX podium finishes at the speedway but had yet to win. But with Tomac snatching the late-race lead from Webb in an accidental issue with a lapper, Webb’s longest win-less streak since he first won in 2019 continues. He has rattled off three straight podium finishes at the first three East Coast rounds, but his nine races (so far) since his last win is by far the longest of his career post-first 450SX win.

Roczen to “Withdraw from the Series Indefinitely”

In case you missed the news yesterday, Honda HRC’s Ken Roczen “has decided to take a break from the 2022 AMA Supercross series.” Roczen won the Anaheim 1 Supercross 450SX main event but has finished 13-7-13-5-11-8-13-7 in the following eight rounds. Roczen has four 450SX main event finishes outside of the top 10 in the first eight rounds of 2022—the most he has ever had in a single 450SX season in his career. Last year, Roczen had five total finishes outside the top five and through the first nine rounds of 2022, he recorded seven finishes outside the top five. The team stated Roczen’s exact return date will depend on his progress following treatment from specialists.

Jerry’s Kit of The Week

Being at Daytona International Speedway, Jerry Robin and crew threw together a Dale Earnhardt Sr. tribute kit. “Do it for Dale!”

Christian Craig (not racing, just doing some stuff for the TV broadcast)

Quotes from The Paddock

“Dylan rode a phenomenal main event, it’s just unfortunate that he couldn’t quite get that podium, but it was a good ride and a step in the right direction.”

“I was feeling good on the track, got a good flow and got the bike feeling really good today, the team did a great job during the week to get me what I needed so I’m super stoked on that! In the main, we were just battling hard – we were all really close from first through fifth – so it was really good racing. Around halfway, I got really tight and I was only able to bring it home to fifth. I definitely was looking for a bit more, but we'll take it. We're healthy and back to work but looking forward to next week."

“The feeling was good on the bike today, so thanks to the team for that! I qualified third, so that was amazing, but the heat race wasn’t that great. I really wanted to put it all together and do a consistent Main Event. I passed Roczen at some point and tried to chase down Ferrandis and Barcia – I wasn’t too far behind them, but I couldn’t get quite make it happen. My speed was decent, the same as the top guys in front, so I’m going to keep working hard and trying to be better every weekend.”

“Daytona is always one of the most fun races to go to. The track is brutal, and overall, the vibe of the place is just always very special. I just love the venue, and I love coming here. I had a really good day throughout the day. I was somewhat up front with the other guys in practice and qualifying, and I was enjoying my riding. Nothing different on the result board, but it was fun.”

“I got P1 in practice and I won my heat race, so it was a really good start to the night. I had a little mishap in the Main Event – I didn’t have the best start and then I got into it with Anderson and Tomac and I got knocked off the track, and then Anderson and I went down in the next turn and we got back up and we fought. We felt good tonight and it was a good ride for us despite what happened, but that’s part of racing. We’re going to take what we learned and keep moving forward.”

“I felt really good today leading into the night show and showed I had the pace to be upfront. The results weren’t there tonight but I know I am way better than what they show and I’m going to keep getting better as the season goes on. I’m never one to give up when things get tough, and I think I showed that tonight. There were some moments where I think being a little more patient on my end would have been the better move, but I did my best in terms of damage control tonight. I have a lot of fight left in me and we’re only 18-points behind, this championship isn’t over yet.”

"My night started off pretty good. I was in sixth for a few laps and Malcolm was behind me, but I figured I didn’t want to hold him up so I kind of let him by and I think he grabbed the front brake on the turn in the Tuff Block or something and he fell, then I fell. I almost saved it and then Jason [Anderson] hit me from behind. I was the last guy to get up and I had to make a bunch of passes and lost a bunch of time. It was a bummer, but we’ll keep plugging away and moving forward.”

"Luckily I had an uneventful LCQ. I got the win there and a little extra track time; it didn't hurt, to be honest. In the main I was in the fight this weekend. Just outside the top ten, we ended up 11th. That's something to hang onto and move forward with now. I'm excited for what's to come and I'll just try to keep improving and being in the fight. At this race we showed a lot of progress. I'm happy with that and I felt a lot better with the result."

“The track was tough tonight. My result doesn’t show how well I was riding out there, as I had the pace all night. We leave here healthy and am looking forward to Detroit next weekend.”

"I rode pretty well all day until the main event," explained Hartranft. "My heat race went smooth. I came out seventh. But in the main event I just was not gelling with the track or with the bike. We're going to be testing this week in Florida. I'm looking forward to that and hopefully we'll continue to make some progress and kick some butt next weekend."

"Daytona is a staple of the Supercross season and it brings an extra level of pressure with it. With that being said, I thought the team handled the extra pressures smoothly. Justin rode more to his potential finishing in 11th. Brandon experienced some problems that relegated him to 17th. We have a busy week of testing ahead and plan to start the next round in Detroit on the right foot. It was also great to have Adam (Enticknap) at the racetrack after his injury to support his teammates and see the fans."

“Today was really good! I felt like I built all day, it was kind of a slow start but by the Main Event we got a charge for the podium. I had some pretty fast guys behind me, but I gave it my all and my all was fourth tonight. We're building, so we still have some more to go. We're going to go back and do our homework and come out swinging for Detroit."

"It was a tough day, that’s all there is to it. But we have to continue working on our weaknesses."