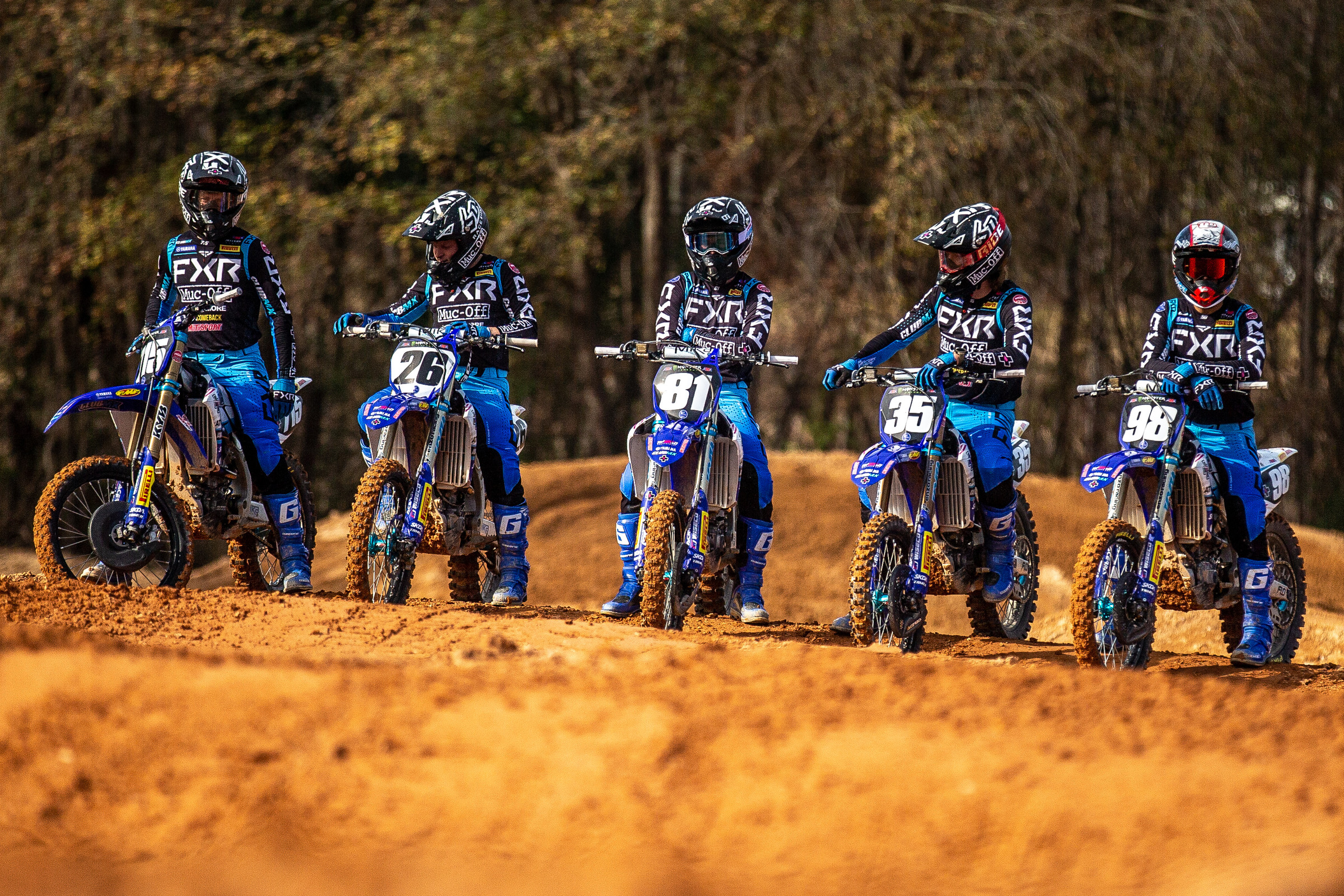 We’re finally back! Phil Nicoletti will return to the race track starting this weekend in Minneapolis, racing 250SX East Region for the Muc-Off/FXR/ClubMX Yamaha team. We don’t need your questions for Phil this week, because he participated in the 250SX East Region press conference on Tuesday night, and he owned the place. There were ten riders in the conference and the press ended up asking Phil more questions than anyone!

Here are the highlights.

Phil, you’ve done a lot in your career. At this stage in your career, what has it been like to go back to the 250 class, what has it been like the last few months, and what are some of the expectations?
Phil Nicoletti: It sounds kinda’ cliché to say, but I actually enjoyed it. After last year, the way my summer went coming back to the States, everything spiraled out of control…and I couldn’t get it under control. That resulted in me blowing out my knee. After that I had to do a lot of soul searching. Do I have anything left in the tank? Is it time to hang up the boots? At that same time if I went out like that, I didn’t feel like I would be okay with that for the rest of my life. So I talked to Brandon [Haas] and the ClubMX guys. I’ve been there for a few years and kind of revamped my career I still had the itch to grind and find joy in it. I went the 250 route. Last time I did it was 2017 and 2018 with the JGR boys, and it was tough for me because the bike, Suzuki hadn’t had development on it in a while and we were behind the eight ball. Now, the ClubMX bike and with Jamie [Ellis] and Twisted Development doing the motors, we’re way ahead of where I thought I would be. I’m enjoying being at the track and being with the boys. I feel young. My body doesn’t feel young but mentally I still do, and I still have some fight. I wish some of these kids would have pissed off and raced the West to give me a little bit more of a chance, but yeah, it’s been enjoyable.

How are the positive affirmation classes going?
I’ll let you know after Saturday!

Same sentiment from you, Phil?
Nicoletti: Uhhhhh…..yeah. Jerma, you know the deal. Stay out of the way or your #6 will be looking like a G out there. [Laughs]

Phil, we saw your teammate Alex Martin racing 450s. Why didn’t you try it to get in some gate drops?
No, I don’t want anything to do with that 450 class. I’ve been there, done that and it’s a war zone. But then I picked 250 East and looking at this list of riders, looks like it’s just as bad and I kind of screwed myself! For the top guys…you know, I’ll see who has the bigger check book. I’m for hire and I can help if you need me to. Other than that, I’d like to be seventh through tenth. I’m not saying I’m a podium guy or anything like that.

You did some arenacross races to get in some gate drops.
Yeah, after last year doing outdoors, it didn’t go good, I didn’t get enough racing in before the series started. So this year I put my pride aside and did some local barnyard brawls. I was kinda’ chicken shit about it, though, I ran away from Kyle Peters, I didn’t want to race him [in Kicker Arenacross]. Good to get rid of some of the pre-race jitters, but when the lights come on and the pyro starts going off it’s going to be different. I’ve done it many times so I’m looking forward to it. It’s just weird. I look forward to seeing everybody again. I’ve seen most of these guys turn pro. It’s hard to have a perspective on it.

Jett Lawrence: I look forward to seeing you too, Phil!

Phil: Yeah, you can buy my dinner on Friday night and a glass of wine. Thanks, Jett.

Jett Lawrence:[Laughs] No problem, no problem.

Phil, he’s not old enough to buy wine yet.
That’s very true! I will order the wine and he can use his credit card!

Phil, you were on PulpMX the other night speaking about the tracks, and the whoops and how everything has been different this year. Is this a whole new thing to you, learning the tracks the way they are now? The steeper transitions or the bigger whoops? Or is it old dog new tricks?
No, it’s all relative and it’s not really that different. In the past I was on a 450 and I had to hit whoops that were really big. It’s a lot easier to hit whoops on a 250, you don’t have the weight and the gyroscopic effect of a 450. I’m okay hitting big whoops. With the track situation, I don’t like seeing guys go down when it can be easily fixed. I’m pretty vocal about that. I don’t like to see it and I don’t think there’s a reason for it. I’m all for technical, we all like big whoops, but when it comes down to it there’s a time when you say, “Enough is enough, let’s make it a raceable track so we’re not all seeing God by the time you get to the corner.”