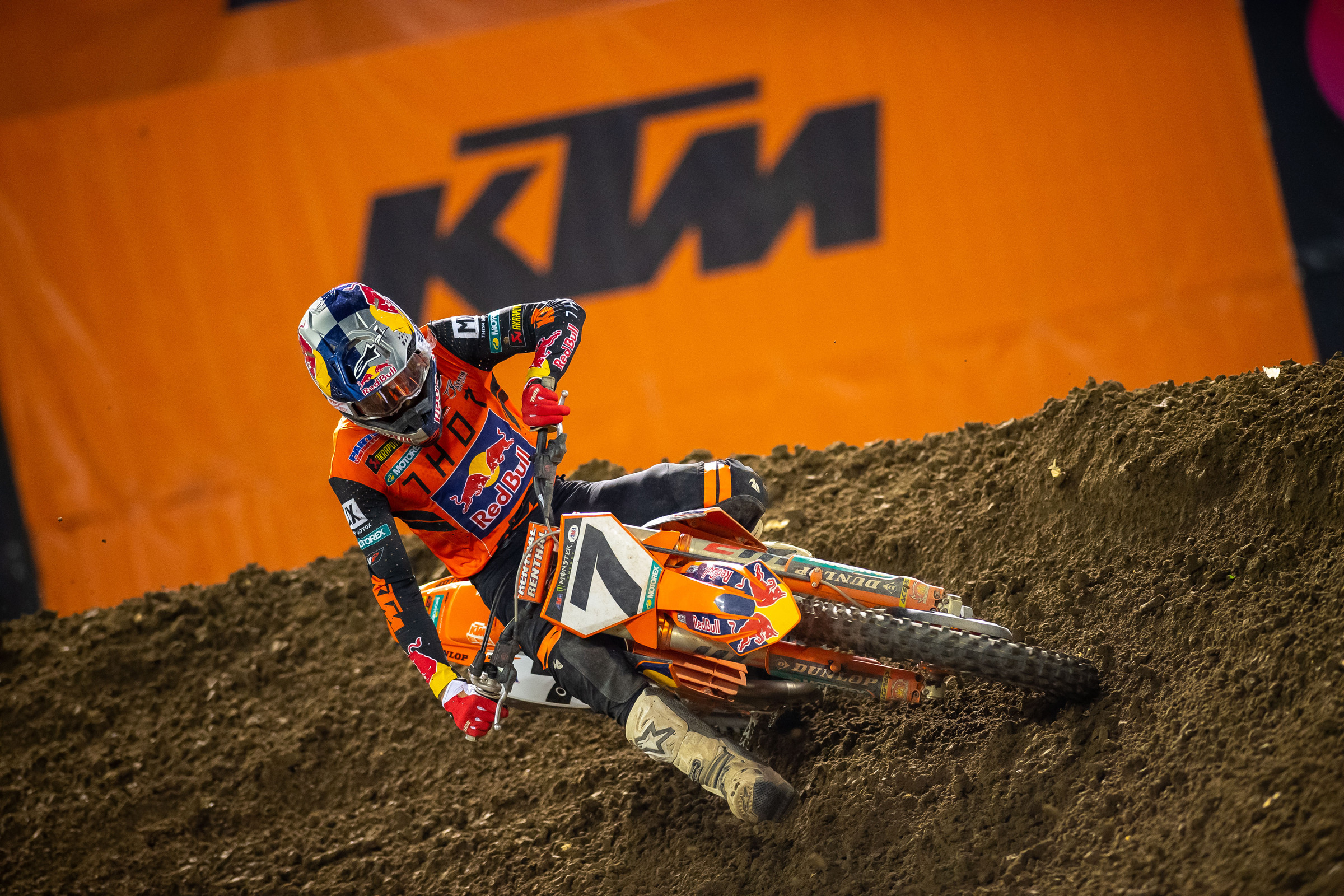 Round five of the 2022 Monster Energy AMA Supercross Championship will take place this Saturday in Glendale, Arizona. Check out this report for an update on who’s in and who’s out.

Comment: Bloss is looking to return early in the East Coast swing of the series after injuring his collarbone and ankle before the season.

Comment: Cianciarulo, who came into the season with a shoulder injury, further banged himself up when he tweaked his knee in San Diego. He’s out for the remainder of supercross.

Aaron Plessinger – Banged up and Bruised | In

Comment: Plessinger crashed and landed on the concrete at A2, which resulted in a DNF for the Red Bull KTM rider. Plessinger remarked that it’s “nothing serious” on Instagram and is in for Glendale.

Comment: Ray, who underwent surgery on both wrists last summer, posted to Instagram on Friday, saying he will be out for round five. He said the following:

Hey guys just to give you an update. I’m having some wrist issues at the moment and felt it was the best decision for myself and the team to sit out tomorrow. I appreciate @sgbhonda for being patient with me and allowing me to get back to 100%. ❤️ buy some merch

Comment: Savatgy tore his ACL before Oakland. He tried to tough out the season but in San Diego he realized he was going to have to get it fixed. He’s out for the remainder of supercross.

Comment: Cooper is out for all of supercross with a broken foot sustained before the season.

Comment: Falk is dealing with a bulging disc that is pressing on his sciatic nerve. He’s out for the season.

Comment: Floyd posted on Instagram this week that he’d sustained an injury to his foot/toe area. At time of posting our request for an additional info hadn’t been answered, but judging by his post, it seems safe to say he’s out for the immediate future.

Comment: Friese went down in the whoops last Saturday at A2, and when he got back up he introduced his face to Jo Shimoda’s front wheel. It was a nasty turn of events, but fortunately for Friese, the only injury, other than general soreness, happened when he bit his tongue. He’s in for Glendale.

Seth Hammaker – Back, Spleen | Out

Comment: Hammaker had a bad crash before San Diego, in which he suffered a grade three spleen laceration and sustained compression fractures in his back. He’s out for Glendale.

Comment: Leitzel has been dealing with a head injury for several weeks. He tried to come back at A2 but crashed, hurt his shoulder, and knocked himself out. He’s out for Glendale.

Comment: Masterpool broke his wrist before the season. He’s back on the bike and is working the turn track, but as of now there is no timetable on his return.

Comment: Nichols crashed in the whoops at A1 and injured both arms. He also sustained burns on his back that required a skin graft. He’s out for the season.

Comment: Schock is planning on being ready for Minneapolis after breaking his collarbone a little over a month ago.

Comment: Surrat crashed in the LCQ at A2 and sustained a Triangular Fibrocartilage Complex Tear (TFCC) in his wrist. The injury causes pain and instability in the wrist, but Surrat says he’s good to race.

Comment: Swartz crashed in his heat at A2 and sustained a shoulder injury, causing him to sit out the rest of the night. He’s out for Glendale.

Comment: Woodcock was collected in last ditch pass effort on the final lap of the heat race in A2. He tore some cartilage in his knee and sustained bone bruising. He’s going to sit out Glendale with the intent of coming back and finishing off the first West Coast swing off on a high note at A3.