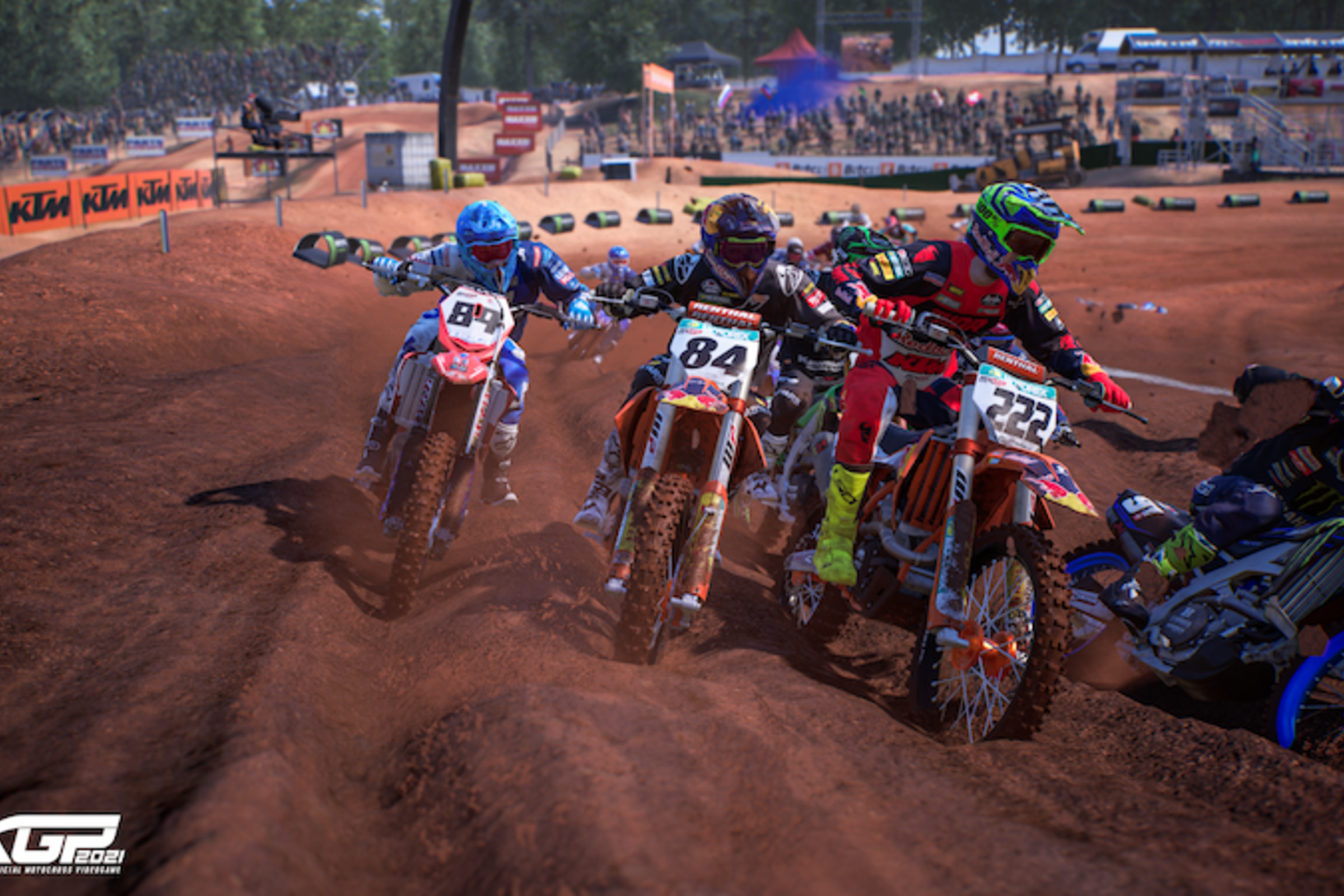 It somehow still seems new that Milestone is even making motocross video games, but we are slowly approaching a decade of them putting a lot of time and effort into the motocross genre. They originally broke in with their 2013 release MUD Motocross World Championship which feature official riders and tracks from MXGP for the first time in a game in nearly a decade, albeit the tracks were far from replicas.

Now here we are in 2021 and their eighth motocross game centered around the FIM Motocross World Championship is here with the release of MXGP 2021 on November 30. It’s a new game in the sense that the riders and teams are updated to 2021 and a few other details have changed, but it’s the same in many ways to the title immediately preceding it. Milestone sits in a tough spot because on one hand they would love to spend the time to make every detail perfect with the physics engine and along the lines of content, but they must release a new game every year in accordance with their contract with Infront Moto Racing. As such, we often get what feels like almost the same game each year, very similar to popular sports franchises such as Madden, MLB: The Show, or FIFA.

Detailing some changes that are noticeable with the new MXGP 2021 video game, we can start with the AI in single player. With the Career Mode staying mostly the same, the way Milestone has tried to diversify the single player is by making a challenging AI system that largely follows with what would be considered the “power rankings” of MXGP. No longer will a privateer who has never won before find his way into the mix with the leaders, instead Jeffrey Herlings, Romain Febvre, Tim Gajser, and more will be right at the sharp end and will battle you hard. It’s an AI system unlike past games because the difference from 20th place to first place is much greater than it’s ever been before. That makes user experience much more friendly to those who want to step up to harder difficulties but would burn out when you would either end up last or first at each step.

For users who have previously been disappointed in Milestone’s MXGP or Monster Energy Supercross games being limited to single player or online multiplayer, MXGP 2021 has two-player split screen mode. That’s great news for many players who enjoy simply competing against your friend sitting next to you.

When it comes to online gameplay, many things are the same but improved upon. Dedicated servers were introduced to the series a few years ago and has greatly increased playability with users from around the world. Just a month ago, I was able to bang bars with gamers from France and Italy while sitting at home in California and the experience was very enjoyable with minimal lag. They have also brought back the Race Director mode which has greatly improved the ability to host races with your friends or for race organizers to effectively run esports tournaments. There are still tweaks that could be made to improve online, but right now it’s certainly what have kept people coming back.

Speaking of that, Track Editor is also more improved this time around with more environments and an easier user interface to create tracks with. Since the concept of elevation changes were added into the series with MXGP 2020, the possibilities have been endless on what users can create and race others with. Still missing though is the ability to share and racetracks cross-platform which is something consumers have been hopeful for since track editor was introduced, but the game does have cross-gen playability with Xbox and PlayStation users in online mode.

Finally, we must talk about customization. Unfortunately, the COVID-19 situation has made the job of getting new items properly scanned and added into the game a much bigger challenge for Milestone. Because of that, we are still seeing many of the same gear sets, boots, helmets, bike graphics, bike components, and more that we’ve seen for three or four years now. It’s an area that will no doubt improve as Milestone has more ability to work with different brands on properly scanning in these products and components. But for now, it has remained rather status quo for MXGP 2021.

It’s a good game and so far, I’ve had a lot of fun playing it personally. But the detractors are certainly starting to wear on consumers that have long asked for certain features to be added. Improved air physics, working dynamic ruts, and greater depth in content seems to be a recurring discussion every year that the next game in the series comes out. While it can be frustrating to not see dramatic changes every year, it’s important to note that Milestone is still just on year eight of wrapping their heads around how riding a dirt bike should feel like when you have to limit it to two hands and a controller. Looking back where they came from, it’s easy to see they have improved in many areas.

With MXGP 2021, they are still working on some of those steps so they can take giant leaps when they come. What remains fantastic for us motocross fans is that eight years ago when Milestone started in this genre, we had nothing, except for MX Simulator. Now Milestone puts their hard work into not one, but two fully licensed motocross games each year, all while MX vs. ATV brings us a fresh game of their own every few years with a new one expected in 2022. Another simulation game has grabbed market share with MX Bikes and Turborilla’s Mad Skills Motocross series provides hours of fun on our mobile devices. So put those frustrations aside and pick up a controller. There’s plenty of fun to be had in this latest game if you don’t look for what’s wrong, but instead find what’s right about it.