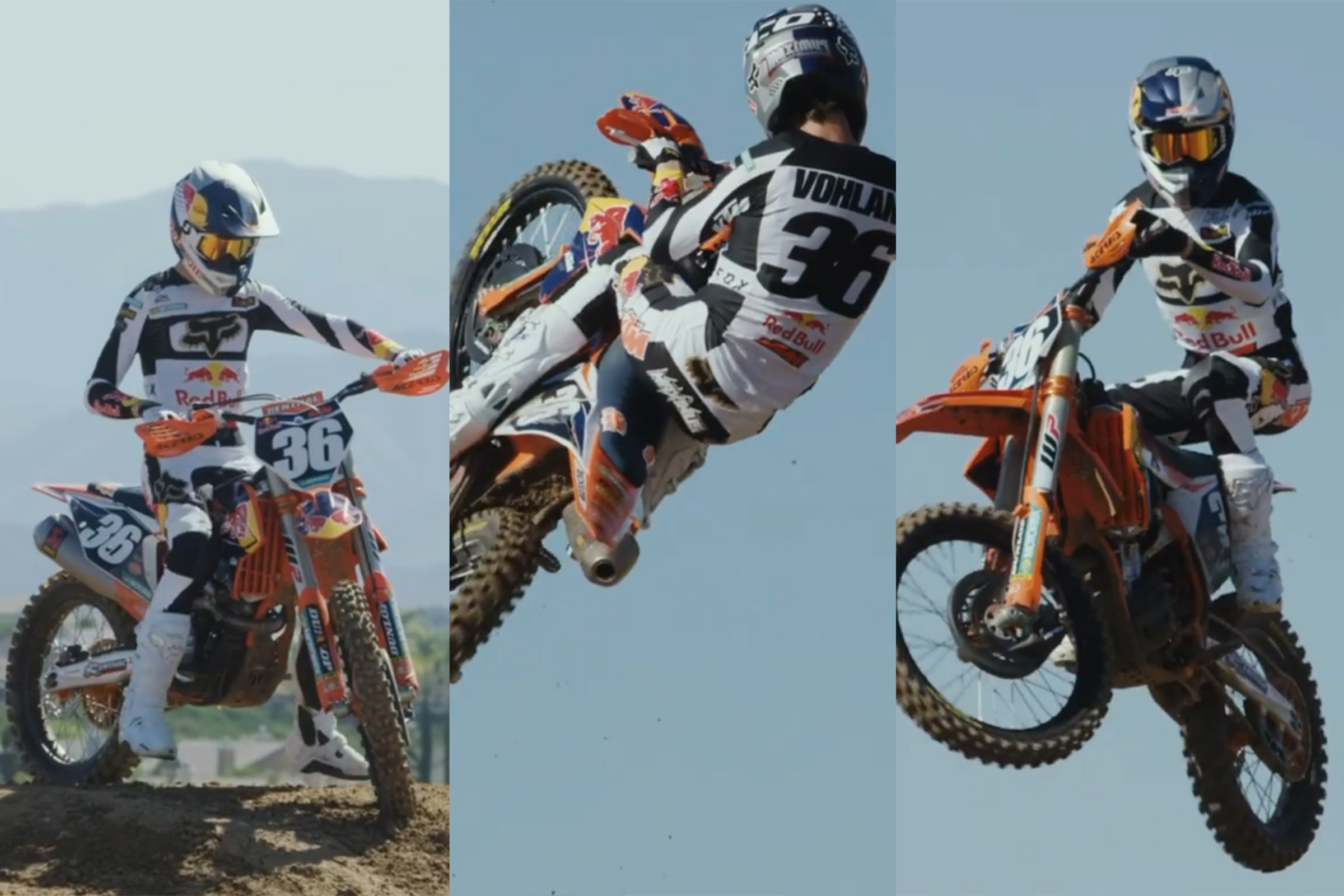 After claiming two 125cc titles at the 2020 Monster Energy AMA Amateur National Motocross Championship at Loretta Lynn's Ranch, Max Vohland jumped to the 250F for Mini O’s in November. And while Vohland was at Gatorback Cycle Park, it was announced he would be racing pro with the Red Bull KTM Factory Racing team in only a few months as he would debuting in Monster Energy AMA Supercross. When the deal was announced, there was speculation that the 17-year-old would be rushed into the pro scene on an unfamiliar bike, but in an interview about the deal, Vohland confirmed to our Jason Weigandt that the deal was through 2023 as well, meaning there was no pressure on him his first year.

“The plan was to turn pro outdoors in 2021. But with GasGas coming in and a couple of things switching up, KTM didn’t have a 250 guy, and Roger [De Coster] and Ian [Harrison] said I was their first pick. They gave us an option and said if we weren’t comfortable doing supercross the first year—because a lot of rookies come in and get hurt doing supercross—to just let them know and they would find another guy for supercross. But we weren’t going to give up an offer like that. We ended up getting an extension of one extra year, through 2023, so it’s not such a risk this first year. No pressure. Got lucky with all of it, but I’m excited about it.”

When it came time to race, Vohland delivered a strong performance. He finished 9-8-6 in his first three main events before he dislocated his hip at the Indianapolis 1 Supercross, giving him 17th in the 250SX East Region standings with 40 points. The injury kept him sidelined for about a month but the dislocation was reported to be “clean” and not require surgery. While he was back riding in March, a decision was made to sit out the remaining two supercross rounds in Salt Lake City, Utah, in order to prepare for the Lucas Oil AMA Pro Motocross Championship.

In his Pro Motocross debut, he came in with a bang—holeshotting and leading the first eight laps of his maiden moto until suffering a mechanical failure and finishing 38th. He finished with a season-best fourth in the final moto of the year at the Hangtown Motocross Classic, just getting edged out on the moto podium and overall podium as he finished 5-4 for a new best of fourth overall at his home race. The #115 finished with 12 top-ten moto finishes and four top-ten overall finishes before finishing ninth in the 250 Class. Following his finish at the finale, he was awarded the 2021 Marty Smith Rookie of the Year award. Despite his injury in supercross, the California native put in a strong rookie campaign.

“I definitely learned a lot this season,” Vohland said in a press release after the season finale. “I had a lot of ups and downs, which is pretty typical for a rookie, but to come out here and get fourth and be super close to the podium in front of this hometown crowd is amazing! I’m super honored and this is a big accomplishment for me.”

Following his first full professional year of racing AMA Supercross and Motocross, Vohland earned national number #36 for 2022. Now, ahead of his second full pro season, the second-generation racer has signed with Fox Racing. Check out Vohland in his new Fox Racing threads.

Below is the announcement from Fox Racing and Vohland's post:

Fox is excited to welcome Max Vohland to our elite Pro Team. With his deep roots in the sport from both his dad, Tallon and uncle, Tyson, Max was built with one of the highest degrees of natural talent seen on a bike. Now time to gear up for ’22 Supercross!