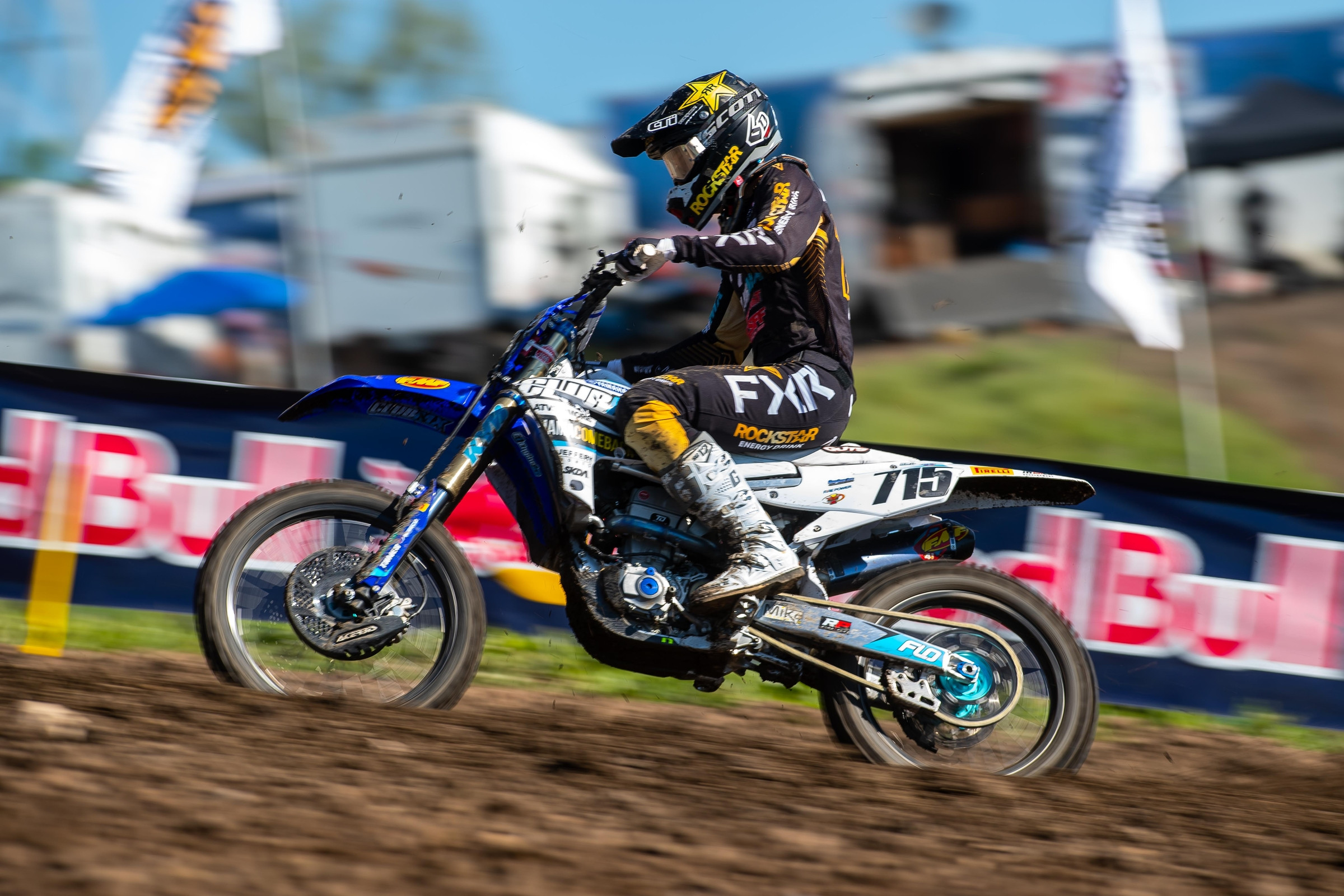 Phil Nicoletti's 2021 season was short lived, as his run with the ClubMX Yamaha team ended due to a torn ACL before the RedBud National. Plus his best buddy Alex "Troll Train" Martin had his season interrupted with multiple injuries. Yup, the typical bad news for Phil. But, he's finding a way to dig deep, sacrifice, and help folks like you. Got a question? Send it to Phil@racerxonline.com.

For some reason it seems appropriate that your weekly words of wisdom isn’t getting a bunch of activity. Not because it isn’t worth reading, but because the caption leading up to each week’s column could make an @badnewsphil Instagram post. That page was awesome and brought tears of laughter to my eyes many times. What happened to it? On a more serious note I have become a pretty big fan over the last few years. Unfortunately Pulp MX takes quite a bit of the credit for that since you’re a friend of the show. I like your no BS outlook on life. Also you were super cool to my buddies kid when he gave you the throat slit gesture in a hotel elevator, then holeshot you out of the door on his Stacyc bike in Anaheim a few years back. Anyways just trying to help out in the likes department hope your knee gets better. But, seriously, where’s @Badnewsphil ?
Clint Riviere

Clint Dog,
I appreciate your words of wisdom on the column, and knowing that you at least read it. I’m trying to rig the column views like the election so I look better than I actually am! Badnewsphil was a good time. It was a funny way to cope with shitty events that were happening. But over time, the negativity can clout the mind. Especially when the year is already going so freaking shitty. Matthes sucks, and so does Pulp, but I appreciate the help he’s done for me. I can’t knock the power of Pulp Nation. Especially the Pulp fans who can understand my personality and how I operate. Also the ones that don’t, too bad. Hope your buddy’s kid is running around running amuck and not taking any shit. Thanks for the words of wisdom! Badnewsphil is semi retired for now!

Hi Phil! Here are a few questions for you. Thanks for your time, looking forward to seeing you racing again
Jason

1) Since you have raced both US and Canadian outdoors, what is missing in the CDN series to provide legit riders that could contend on the US tracks? And are the CDN fans really as dull as they seem? I watched the series on tv and the fans look as though they somehow stumbled into a place they have no idea how they got there.

Could the CDN tracks be used a training ground for US series? Like a farm team.

I mean, let’s be honest. Canada has a total of 30 million people and the U.S. has 300 million. So it’s hard to get the same sort attention in moto. Canada produces phenomenal riders, no doubt about it. It’s hard to “contend” in the U.S when most of the visiting Canadian riders only do one race a year. It’s hard to adjust to the pressure, the way things are run, and the depth. I’m not really sure what year you were watching the races, but 2020 and 2021 were pretty hard on the tracks for spectators being allowed there. But some did probably stumble in because  Canadian folks can drink some beer! You know, your idea of Canada being a “farm system” isn’t a bad idea. Every American kid that’s in A or B class here in the states should go there and race the 250 pro class. I know Team Green used to have some of their riders do it back in the day. I personally think racing pro day at a Canadian National has more benefits than 1 moto a day at Loretta’s.

2) Why are some many riders injured in practice crashes? Is it due to testing new settings or equipment? It seems ridiculous that teams pay a high profile rider and then have that rider be a test monkey for new parts?

Maybe the average person doesn’t realize the amount of time that gets put into the week at a practice track. In the off-season when you’re riding four days a week, the risk factor is really high. So much more time is spent practicing than racing, it’s not even funny. Also, teams aren’t putting a new piston in a high-profile rider’s bike without having a certain amount of durability testing on it first. The Japanese require a certain amount of time on certain parts before anything can be used. They actually have specific protocols for that stuff. Need a set amount of dyno time, then actual riding time, then potentially trying it with the “high profile” rider. I’ve had more electrical issues causing crashes than actual hard parts ever going bad. Especially nowadays with all the gadgets we use.

On that note, do you think there is any relationship to the amount of practice and weekly riding and the early retirement for riders?

It is 1000 percent in direct correlation to early retirement! Our sport is gnarly!!!!! Not just the weekly training and riding, but all the racing, training, traveling, etc. I mean seriously, they start Oct. 1 and go to Sept. 1 basically. What other professional athletes have a season that is that grueling?!! To me, this shit is flawed. That’s just my personal opinion. I think we could have a lot more “Tom Brady” careers in our sport if these guys weren’t doing 3:1 years compared to some sports. Obviously, I’m a tad biased on this, but feel it’s true.

Phil,
Why do riders not run handguards on their bikes at rocky tracks like Unadilla? You would think that after what happened to Mike Kiedrowski in 1994 it would be a no-brainer to run handguards. Mike suffered a broken finger at Unadilla, which ultimately cost him a shot at the 250 motocross title and also cost us a 14th straight Motocross des Nations victory when he tried to race injured. I have met Mike twice and he is a great guy, even lined-up with him once for the Shane Trittler Race Around The Lake at Castaic in 2011. It was the Pit Bike race and he smoked me but it was a lot of fun.

As a desert racer I always run handguards, even if I am on a motocross track. It’s all about injury prevention.

Thank you for your insight,
Centerpunch

Centerpunch,
You’re talking to the wrong guy. I absolutely HATE handguards with a passion. I’ve always refused to use them. To be honest, I just think they take some time to get used to. But I’d rather let rocks bounce off of my knuckles than use those damn things. They make me feel like I’m riding a freaking jet ski. I think the whole paddock is 50/50 on handguards to be honest. You either love them, or hate them. Dilla isn’t as rocky now as it was back then either. Not saying the clay doesn’t hurt, but there are 95 percent fewer rocks now. I’ve made it this far without handgaurds, so I’m gonna keep it going that way!