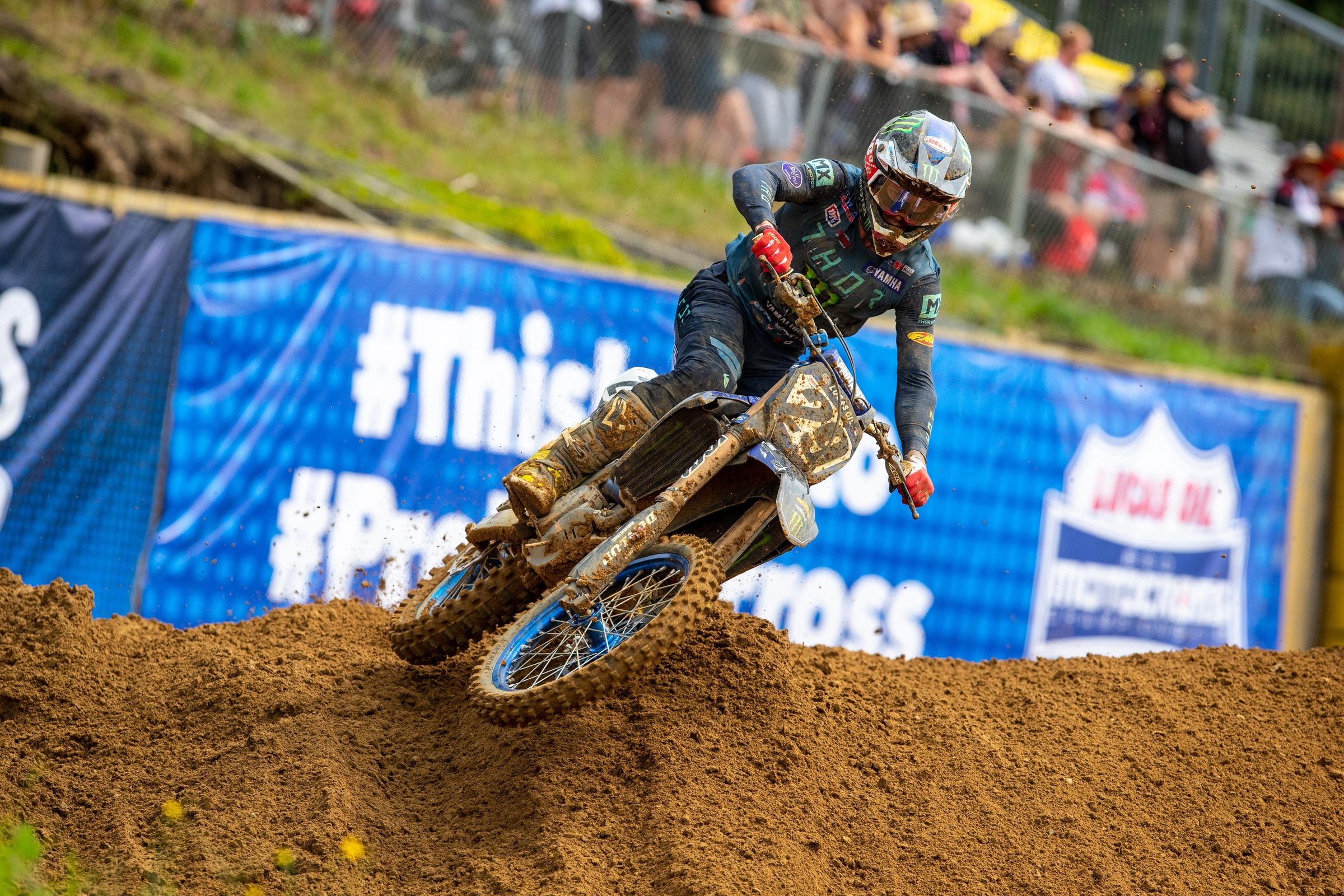 Round 10 of the 2021 Lucas Oil AMA Pro Motocross Championship will take place this Saturday at Ironman Raceway in Indiana. Check out this report for an update on who’s in and who’s out.

Comment: Anderson has been out of action since breaking his hand following the season opener. There is no word from the team on when he might return, but at this point a return to the nationals seems unlikely.

Comment: Anstie announced on Instagram that he tested positive for COVID-19 and felt like he had "been run over by a bus." He's out of action until he feels better.

Comment: Barcia will miss Ironman after hitting his head and hurting some ribs while practicing. If all goes to plan he’ll be back for Fox Raceway next week.

Comment: Cianciarulo had surgery to fix a problem with his ulnar nerve and is out for the summer.

Christian Craig – BEAT UP | OUT

Comment: Craig had a massive get-off in the first moto at Budds Creek. He was able to pull it together for the second moto, but the decision has been made for him to sit Ironman out.

Comment: Defending champion Zach Osborne came into the season dealing with a back injury. It flared up at Thunder Valley, causing him to throw the red flag on the remainder of his season.

Comment: After racing with an existing knee injury, and injuring it again at High Point, Miller decided to chop the throttle on his season and drop the gate on surgery in order to be completely healthy for 2022.

Comment: Nicoletti will miss the rest of the season following an ACL, medial meniscus, and lateral meniscus tear. We don’t have footage of the incident, so we dug up a different clip of Nicoletti to stand in.

Comment: Noren will miss Ironman due to a broken hand sustained before Washougal. He’s aiming to be back for the last two rounds.

Comment: Plessinger, who had a violent crash at Unadilla, tried to race at Budds Creek but just wasn’t ready. He plans on giving it another go at Ironman this weekend.

Comment: Ray recently had surgery on both wrists and will miss the rest of the nationals.

Comment: Thury tore his bicep at Unadilla and will miss the remaining races.

Comment: Wilson announced on Instagram that he had been struggling with Epstein-Barr all season and that he would return to racing when his energy and blood levels are normalized.

Comment: Alves tore his labrum when his shoulder popped out after landing a jump at Unadilla. He’s out for the summer.

Comment: Brown will miss Ironman this weekend after sustaining a fractured collarbone and concussion at Unadilla.

Comment: Crown is out for the season due to a concussion sustained during supercross.

Comment: Drake may be back for the “final race or two” according to his team. He missed time due to a rare heart condition earlier this season.

Comment: Hammaker hit his head during practice last weekend, then hit it again during the first moto. He missed the second moto, and the team believes it’s best not to rush him back into action. He’s out for Ironman.

Comment: Kelly hasn’t raced since suffering a concussion at Unadilla. On Instagram he said he’s “Feeling strong going into this weekend.”

Comment: Marchbanks has been dealing with some issues following arm pump surgery. He had some blood tests done and when the results came back the decision was made for him to sit this weekend out. The team says he’s likely to return for the final two, and will then work on getting him back to 100 percent during the off-season.

Comment: Martin recently announced the departure of the Troll Train from the station after reinjuring his wrist at Unadilla. The train isn’t expected to pull in at any of the remaining nationals.

Comment: Max Miller tore his ACL and meniscus at RedBud. He’s out for the season.

Comment: Moranz will return to racing at Ironman following injuries to his ribs and scapula. Check out his bike build on Instagram.

Michael Mosiman – BANGED UP | IN

Comment: Mosiman will return to racing this weekend after missing the previous two rounds with an injury suffered while practicing.

Comment: Nichols’ shoulder isn’t ready to race again after a hard crash at Washougal. He’s out for Ironman.

Comment: Last Friday Robertson announced on Instagram that he’d be missing Budds Creek. We reached out to the team for more information this week, but at time of posting had no official word on his status for Ironman.

Comment: Thrasher dislocated his shoulder at Spring Creek. He’s had surgery and will miss the rest of the season.