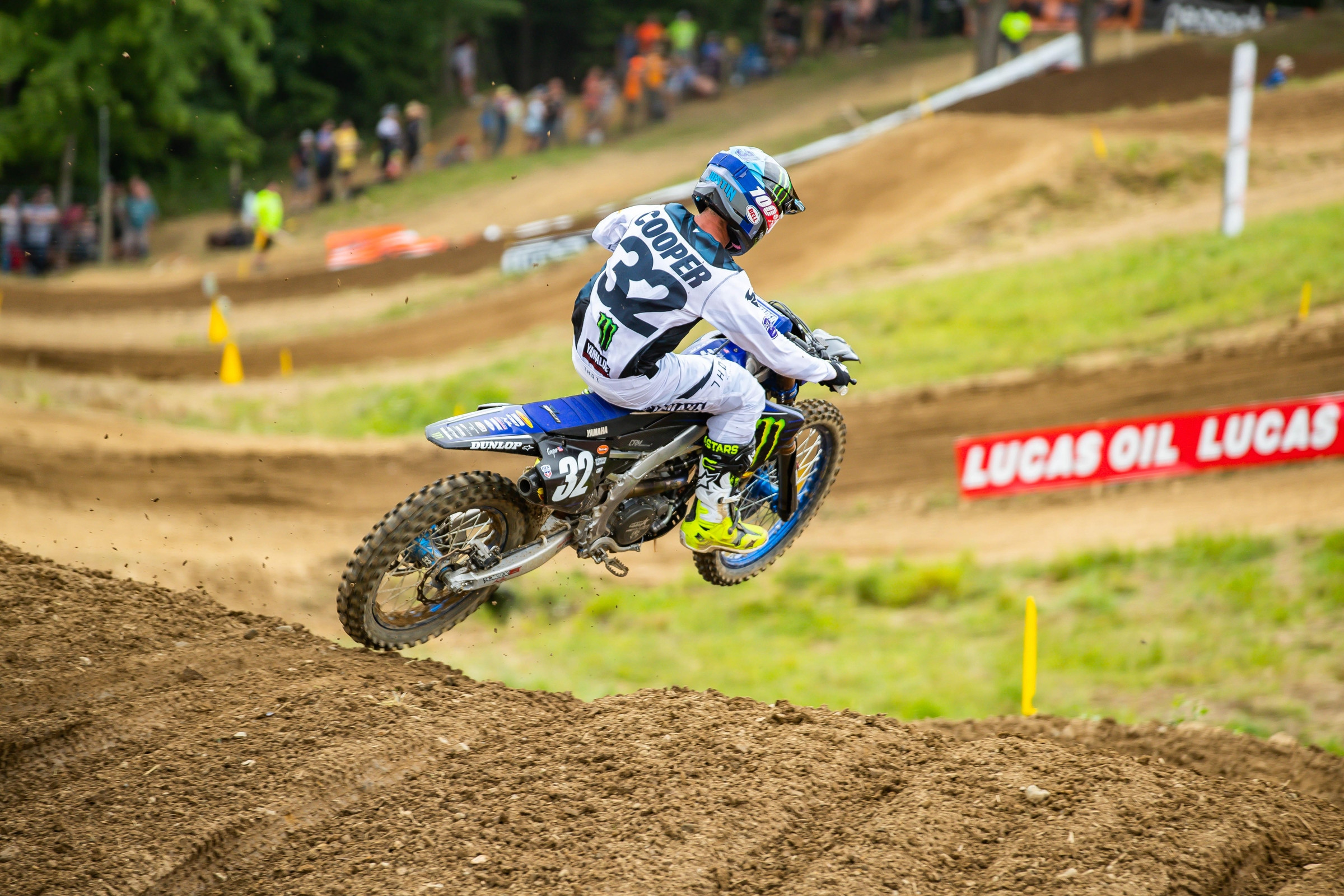 Saturday’s High Point National provided several talking points. Whether it was Jalek Swoll’s breakthrough first career win in the 250 class, how the track shaped up, or Eli Tomac finally finding his form in the second 450 class moto, there were certainly a lot of things happening. As such, we fired off questions to long time pro Jason Thomas to pick his brain about all things High Point.

Everyone has been asking the same questions of Tomac and I believe those to be fair. He hasn’t been the same dominant rider that we thought we knew. He was still capable of winning on race day, but it wasn’t the foregone conclusion that it had been for a few consecutive years. The form he showed in that second moto was a glimpse of his best form. It’s still there but can he find a way to harness it again?

Any reason Dylan Ferrandis can't win this 450 title in his first season?

I think it’s very possible! He looks to have all of the puzzle pieces in place. His fitness looks as good as anyone in the class and as we roll into the heart of summer, that is going to be more and more critical. His starts are still a bit of a question mark but as long as he doesn’t let the leaders escape in the early laps, he can continue to stalk everyone until he’s ready to make his move. He’s been very, very impressive.

Lots of talk about track prep both here and at Thunder Valley. High Point had ruts, but we've seen  deeper ruts in the past. What type of track design do you like, and what are your thoughts on the 2021 edition?

High Point was a tricky one because of the forecasted rain. The track crew went a bit light with the pre-race watering in hopes of the dirt absorbing the incoming showers. They also decided to not rip the track as deep as they typically would, allowing themselves another escape valve if rain did come. If the track is left hard when rain comes, they can then rip the soil, in effect “turning it over” and bringing out the drier dirt from beneath the surface. It’s also somewhat of a sealing process that keep the surface hard and resistant to rain, allowing it to run off instead of soaking into softer, tilled soil.  That left the track a bit harder than usual, which created less ruts for riders to deal with, especially in the lower sections of the course. If I’m being honest, fewer ruts down straightaways is a plus in my book. Riders were able to be aggressive and change lines mid corner. I think the whole dynamic was a bit of an accident because the rain didn’t come but whatever it was, it worked.

Thoughts on Jeremy Martin and Zach Osborne having to step out of the chase?

Losing two championship contenders is a tough blow to the series. They are each in their own individual situations, but both had to be beyond disappointed. For J-Mart, he is in a contract year and desperately wants to earn a factory berth into the 450 class. He was my favorite to win this 250 Lucas Oil Pro Motocross title and could have used that leverage to both increase his salary and get a chance on a 450 in 2022 or 2023. Now, I would bet he will return to the 250 class for 2022 and have much less leverage than he otherwise would have.

For Zacho, his contract situation is more concrete, but he is also missing the opportunity to run that shiny #1 all summer. It would have been a summer of memories and legacy, and likely some nice bonuses. Unfortunately, his back injury just isn’t going to allow it.

How can a guy like Jalek Swoll make such a leap so suddenly?

I really have no explanation for it. Before this race, he wasn’t showing the tell-tale flashes that would indicate he was going to win a national soon (leading laps, fastest qualifier, etc.). Whatever he found, he needs to hold onto it very tightly.

Really strong second moto from Justin Cooper, and Jett Lawrence had an average day. Does that change the dynamic of the 250 class?

I don’t think anything has changed just yet. It was a statement moto from JC32, though. He really needs to assert himself as the alpha in this class. He is racing a 17-year-old for this title and needs to try to lean on him as much as he can, keep the pressure on, and try to create mistakes. This is his best chance at an outdoor title, and he needs to capitalize.

Now, having said that, if Jett Lawrence has an “average” day with a 3-2 score and increases his points lead, Justin Cooper is in big trouble. Cooper was actually the one with the up and down day, because while his second moto was great, his first moto wasn’t. Meanwhile, we haven’t really seen Jett make any sort of mistakes at all. The only criticism we can even conjure up is that he might have a ho-hum top five moto finish. His consistency and poise at his age is remarkable.