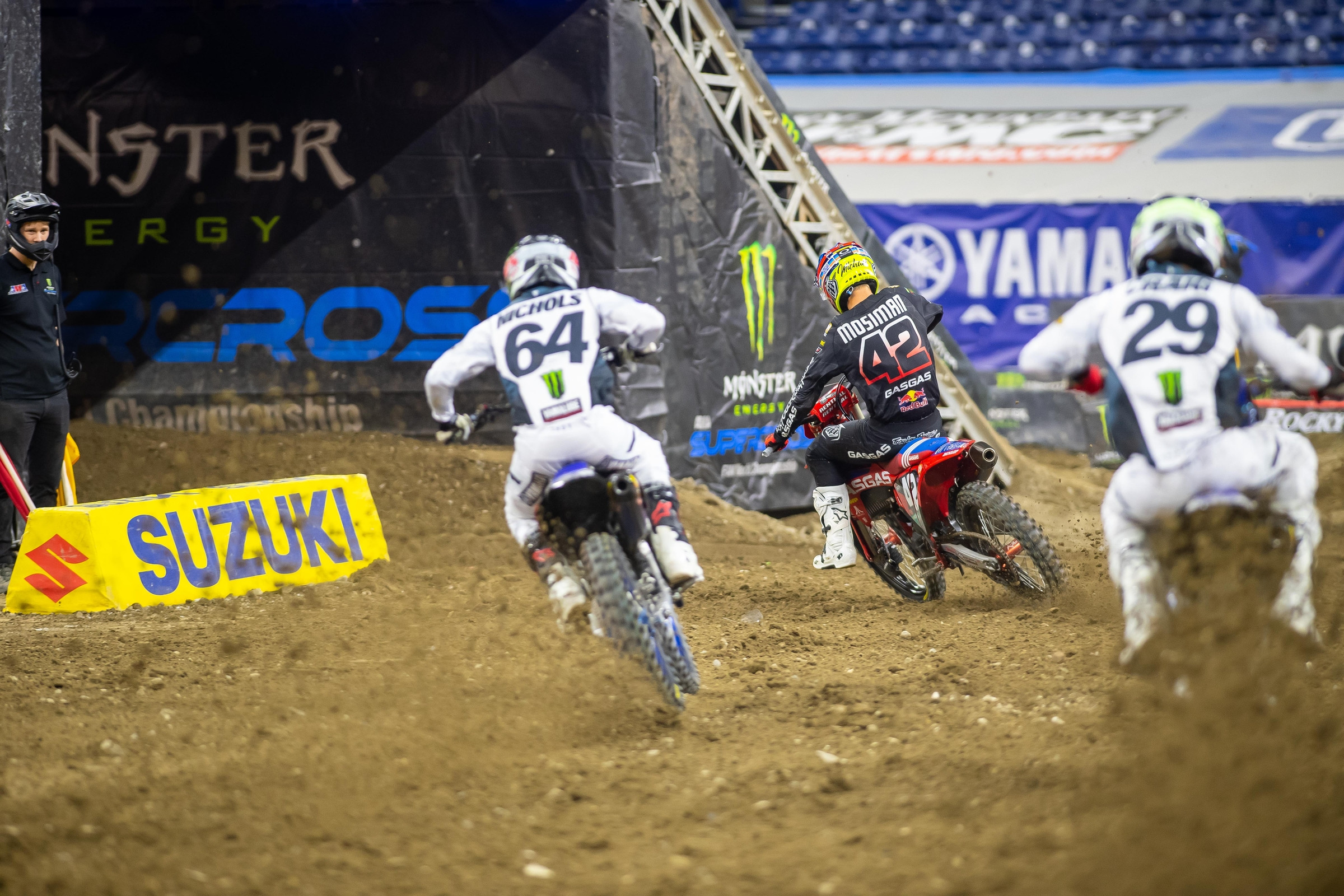 Troy Lee Designs/Red Bull/GasGas Factory Racing's Michael Mosiman had a very close call while leading the 250SX main event at the Indianapolis 2 Supercross on Tuesday. Near the halfway point of the race, KTM Orange Brigade's Max Miller went over the bars in the long rhythm lane right in front of Mosiman who was working on lapping Miller. Mosiman slammed on the brakes to just slightly clip Miller instead of run him over and completely stopped all of his momentum in the lane.

As Colt Nichols was right behind Mosiman at the time, this was the defining moment for the race victory as Nichols just went right on by for the race lead. Unfortunately for Miller, this was the end of his night, but Mosiman was able to stay on two wheels and continue on for a podium.

For Nichols, it was his third consecutive win of the season extending his points lead out to 11 points over Monster Energy/Star Yamaha Racing teammate Christian Craig. Craig was able to pass Mosiman for second late in the race, but it was still a second consecutive podium for Mosiman.

"It’s a huge bummer to see some of the guys go down," said Mosiman. "I think it just speaks to how difficult the sport is and how difficult of a level we’re riding at, that people are at a point where we’re at the limit. You make a small mistake and it’s a big deal."

Watch Mosiman narrowly avoid Max Miller during the 250SX main event from the fifth round in Indianapolis at 1:35 below: